It’s been said ad nauseam that owning a vintage exotic car is an act of passion, but there’s really no better way to frame it. For me, owning my ‘75 911S is more than just a kid’s dream realized; it’s been an incredible learning experience, a gateway to a thriving community of fellow Porsche obsessives, and this car has provided me with a rolling meditation chamber that has become an integral part of my daily life.

Not to get too hippie woo woo on you, but every throw of this car’s shifter brings me a bit closer to center, and every rev of its engine washes away some of the stress of the workday and reminds me why I put in the hours that I do. The car is so much more than just an old Porsche to me. Longtime followers of C + T will know her by the name “Jolene” – a name she earned for her tendency to steal men from their women – and Jolene is a car with a long history in Southern California.

Jolene was previously owned by the Gerace family, the family behind TLG Auto – a shop that’s been a Southern California Porsche institution since 1978. Tony Gerace was one of the first independent Porsche techs in Southern California to leave the dealership network and strike out on his own, and was involved in hot-rodding Porsches long before the concept of an “outlaw” Porsche was a defined thing. Sadly, Tony’s since passed on, but his son Marco was essentially raised in the shop and to say he has Porsche in very DNA is no overstatement. Marco is considered by most Porsche insiders to be the best specialist in the business in Southern California and to have him wrench on your car means the job will be done right, it’ll be done with love, and most importantly, it’ll be done with the vision of someone that understands these cars on an elemental level. And Marco’s incredible vision has turned Jolene into something much, much more than a peppy ‘70s 911S: It’s turned her into a monster.

When I initially bought Jolene, Marco wanted me to connect with the car in its stock form before any modifications were made; he wanted me to understand what made this car great on a fundamental level and I drove it that way for around 2 years. Ultimately, Jolene has been turned into an unforgiving animal – a true streetable race car – but one that provides immense joy once you learn how to tame the beast.

The car’s stock 2.7L flat six has been replaced with a 3.45L twin plug racing engine that’s mated to a 915 transmission, and the car has been drastically weight-relieved and totally honed-in to be Marco’s take on the ultimate streetable non-turbo 911 race car. It’s fast, it’s rev hungry, its torque output is brutal, and it’s an incredible thrill to drive. And while Jolene is an tremendously special car in my heart and in the heart of the TLG family, there are many, many other Porsches in Southern California that have benefited from Marco and TLG’s peerless touch – that have had their best brought out under TLG’s care. These photos provide an insider’s look at not only some of TLG’s recent patients, but the inner workings of what many consider to be the best Porsche shop in Southern California. They feature cars that run the gamut of thtfe vintage Porsche world, from bone stock garage queens, to outlaw hot-rods like Jolene, to halo cars like a Singer 911 – all of which are given the same type of care, which I think really shines through in these photos. 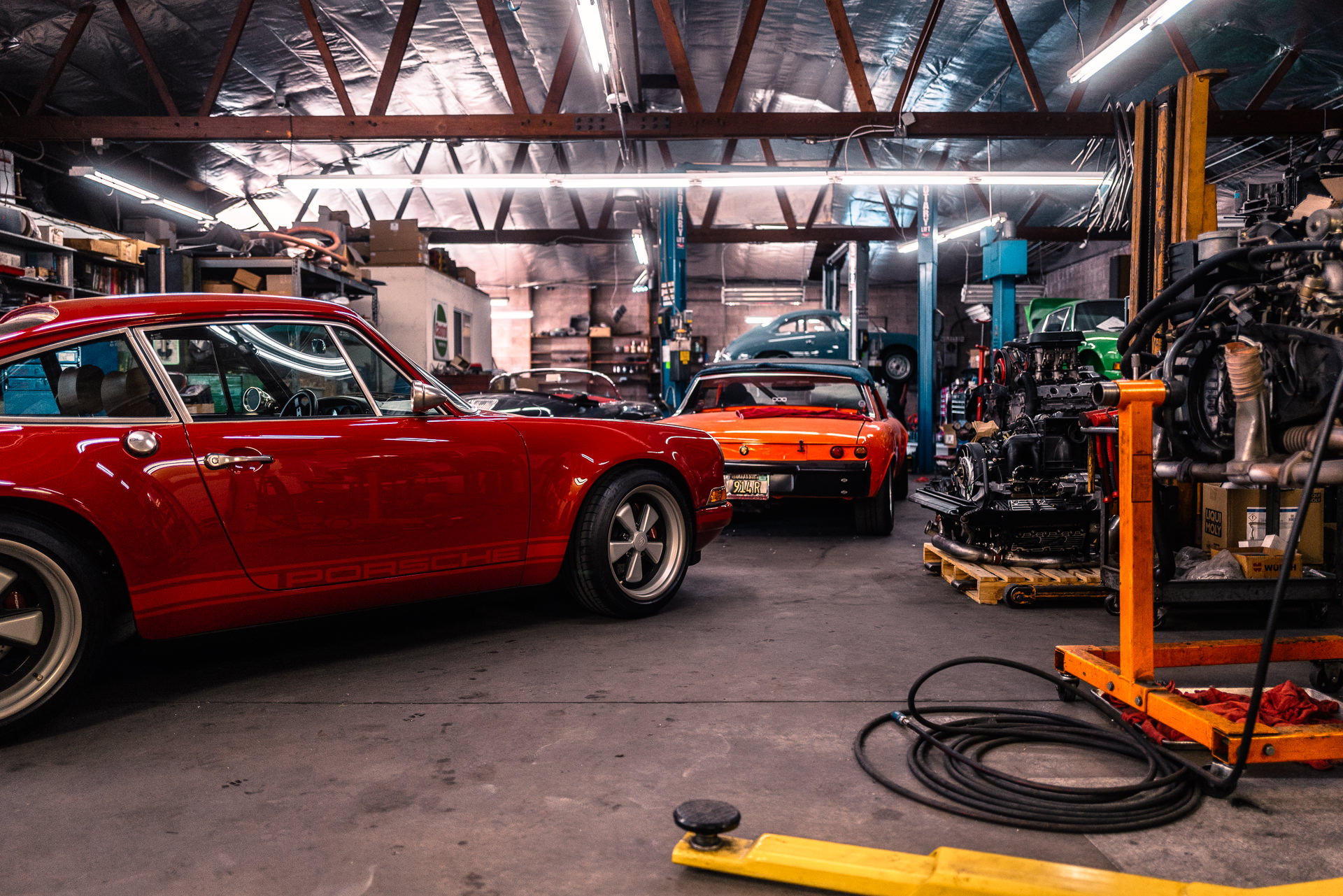 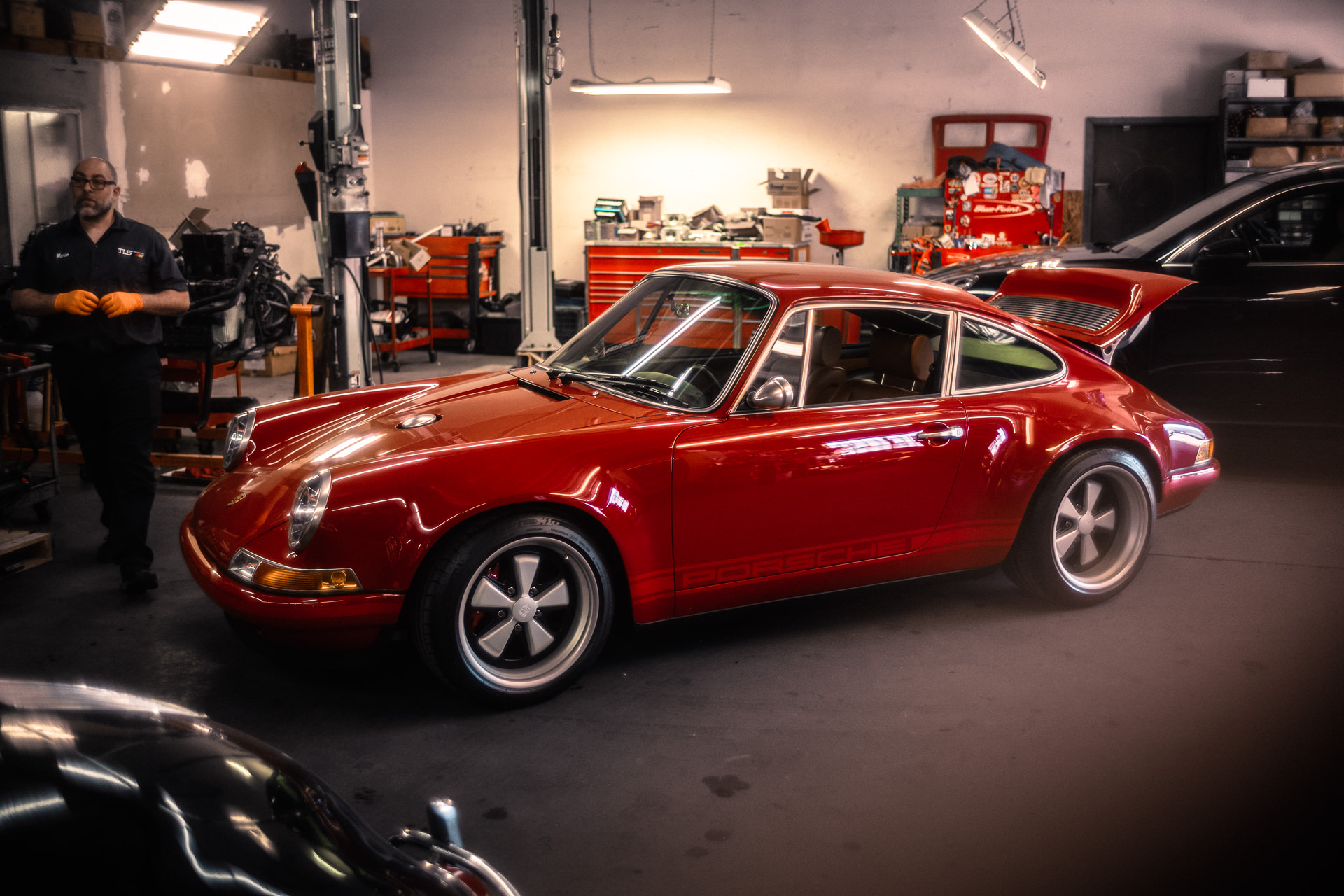 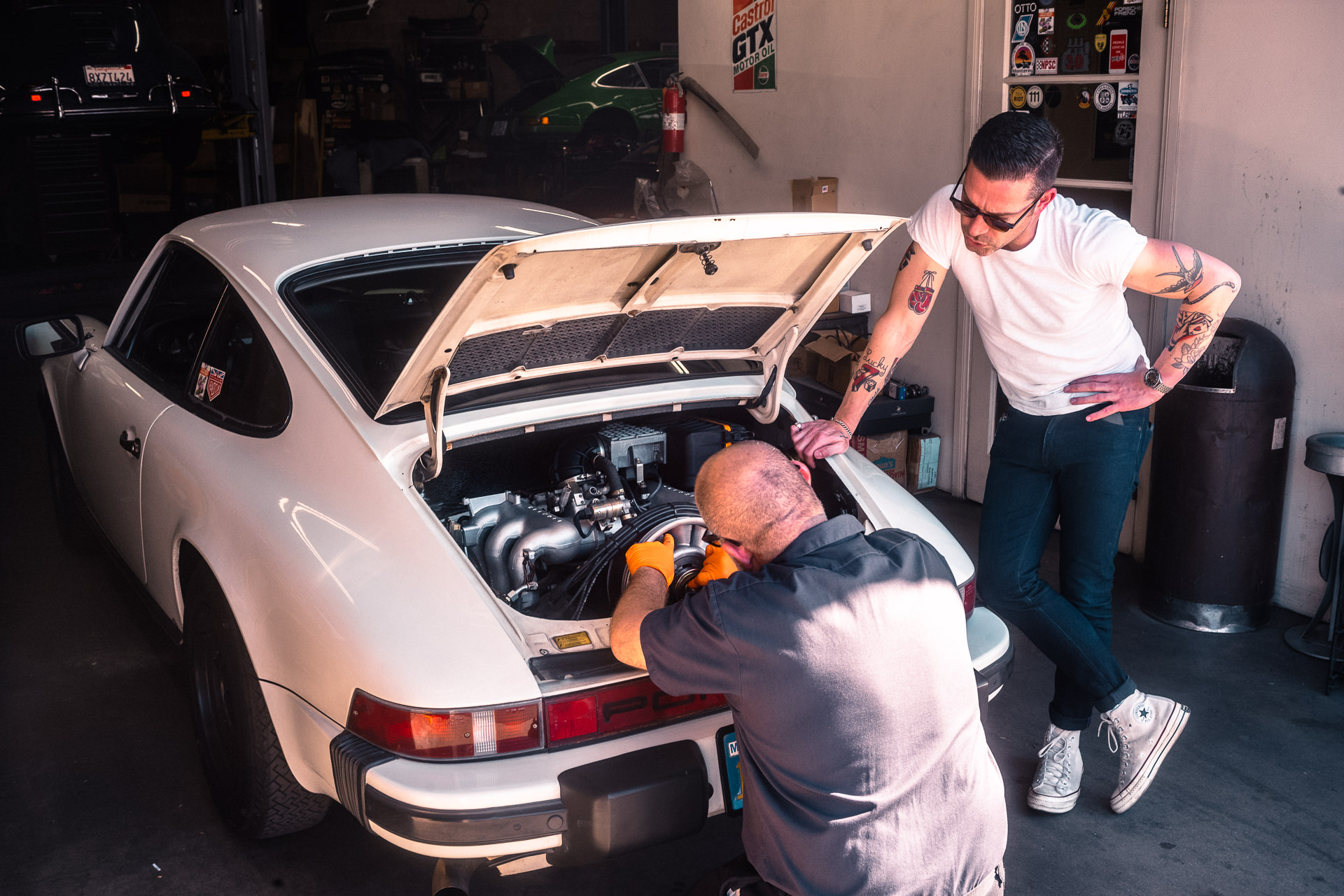 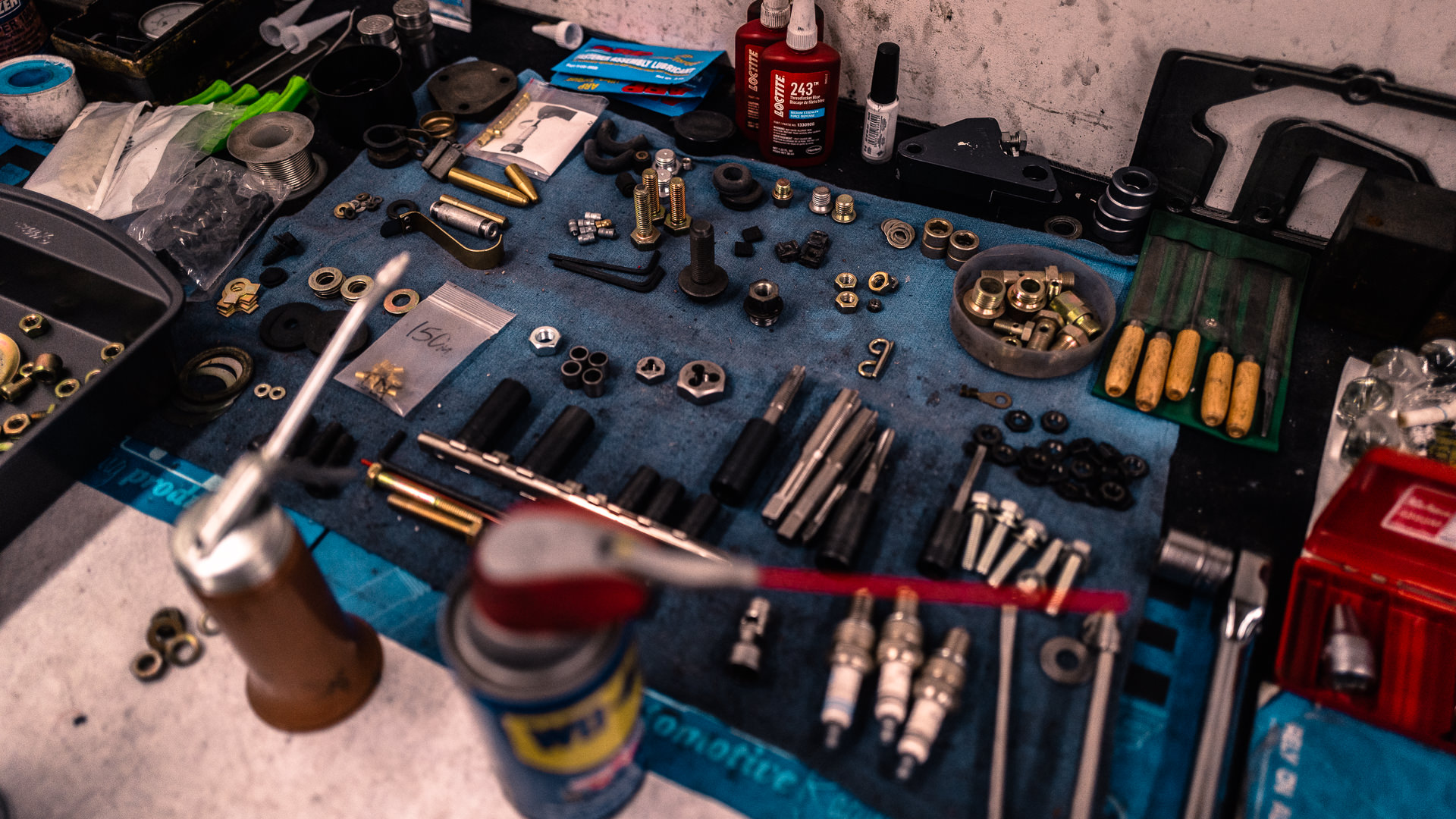 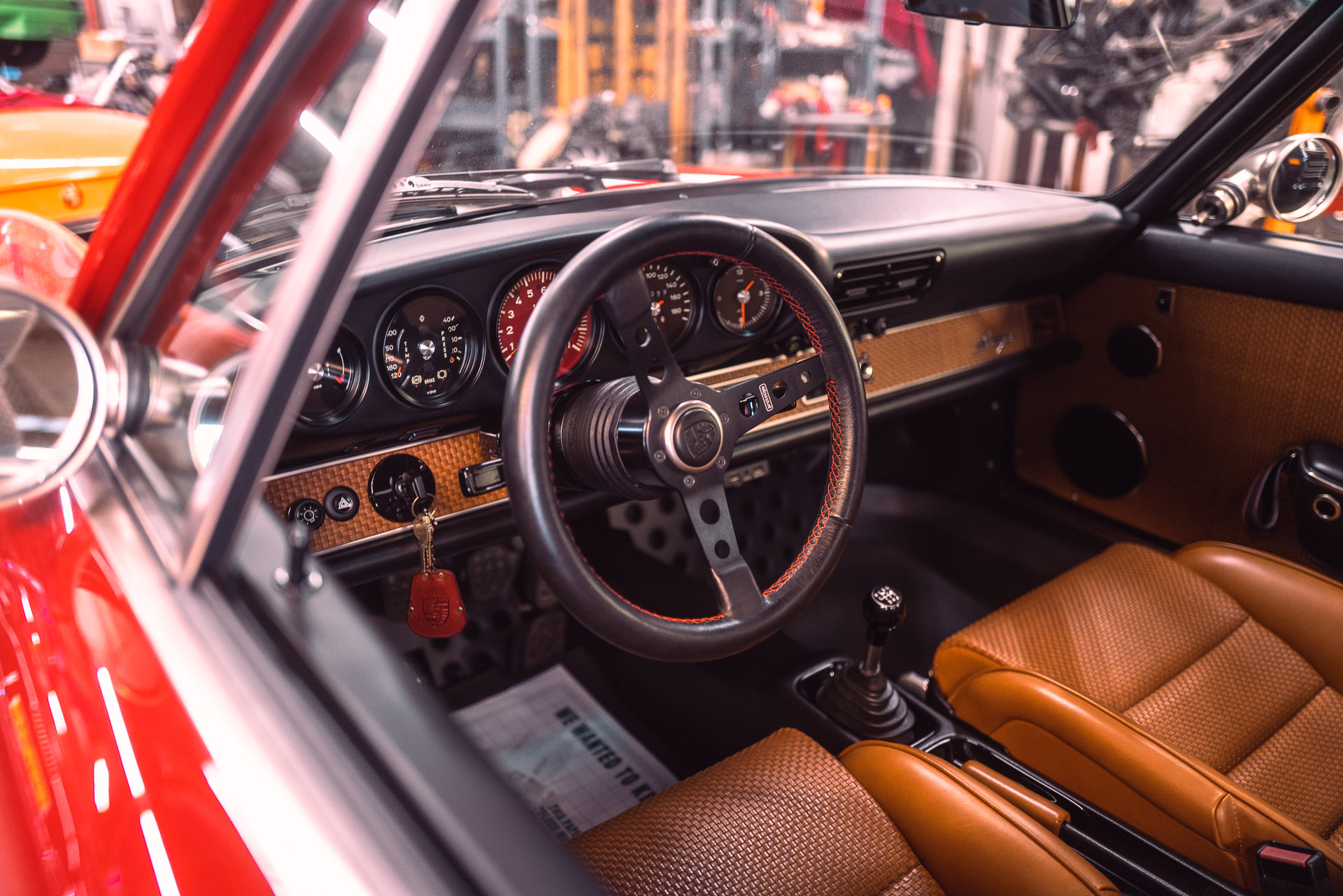 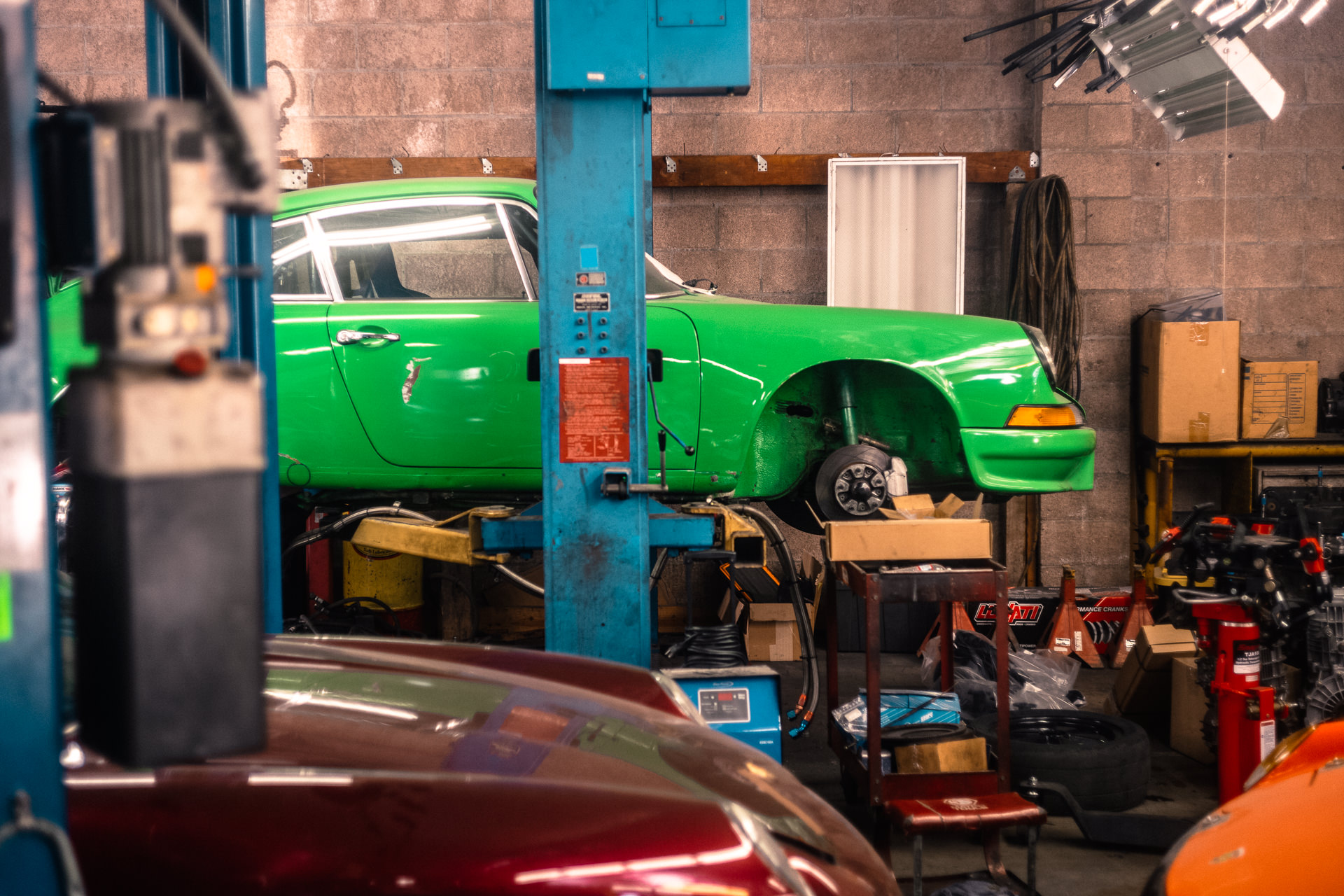