Formula One is a Sport Trapped Between Two Worlds: Its Past and its Future.

Does it seem like everyone you know is suddenly a Formula One fan? The sport is in the throes of an absolutely massive surge in global popularity right now, but particularly in the US where it’s historically had a difficult time finding any substantial grip.

In fact, the United States will host three Formula One races in 2023 between Austin, Miami, and Las Vegas. Thanks in no small part to the tremendous success of the Netflix series Drive to Survive, an awful lot of people that may have otherwise failed to see the allure of the sport have been provided with an bingeable primer on the incredible racing action, huge personalities, and big business and relationships that fuel what’s been considered the absolute pinnacle of motorsports since its inception in 1950. And if you ask me, that’s great! The more, the merrier.

Despite the fact that the Netflix reality series has a tendency to take liberties with the interpersonal relationships between teammates, exaggerates the drama that exists between rival teams, and applies some decidedly creative editing to on-track racing footage to craft a compelling narrative (like any “reality” show), the true spirit of the sport shines through. What’s more, the series isn’t just hooking masses of new fans, it’s beginning their education – and the truth is, one really needs to understand the inner workings of Formula One to properly enjoy it. It’s a complex sport that relies on an unpredictable mixture of technical innovation, athletic talent, strategic prowess, teamwork, and just plain old luck, and a driver often needs all five elements to come together perfectly to win a race. That simply does not exist in stick-and-ball sports, and the need for those five elements to come together harmoniously is far less important in other categories of motorsports. So, for all of you freshly-minted Formula One fans, what’s the best way to educate yourself on the sport beyond Drive to Survive and watching the races? I say to look to its past.

Formula One is at an interesting crossroads in its history right now. This is a sport with a deep, rich heritage, and it’s a sport with an exceptionally bloody past that for many, many years, saw at least one driver lose their life in the heat of battle each season. In Sir Jackie Stewart’s 1970 racing diary-turned-book Faster!, the eventual three times World Champion buries his two best friends – fellow F1 racers Jochen Rindt and Piers Courage – over the course of a single season. Both men died behind the wheel of a Formula One car in separate, but equally horrific incidents. Stewart continued racing through the season; that’s simply how it was back then. The safety of the sport has thankfully progressed dramatically since those days, but it’s still a competition that legitimately risks lives and one shouldn’t lose sight of that danger. It’s an integral part of what sets these drivers apart from other athletes. Stewart is one of the most gifted drivers the sport has ever seen, but he was also one of the lucky ones. The team Stewart founded in the late ‘90s went on to become the team we now know as Red Bull Racing, by the way. F1 never strays too far from its roots – even when things can seem unrecognizable. 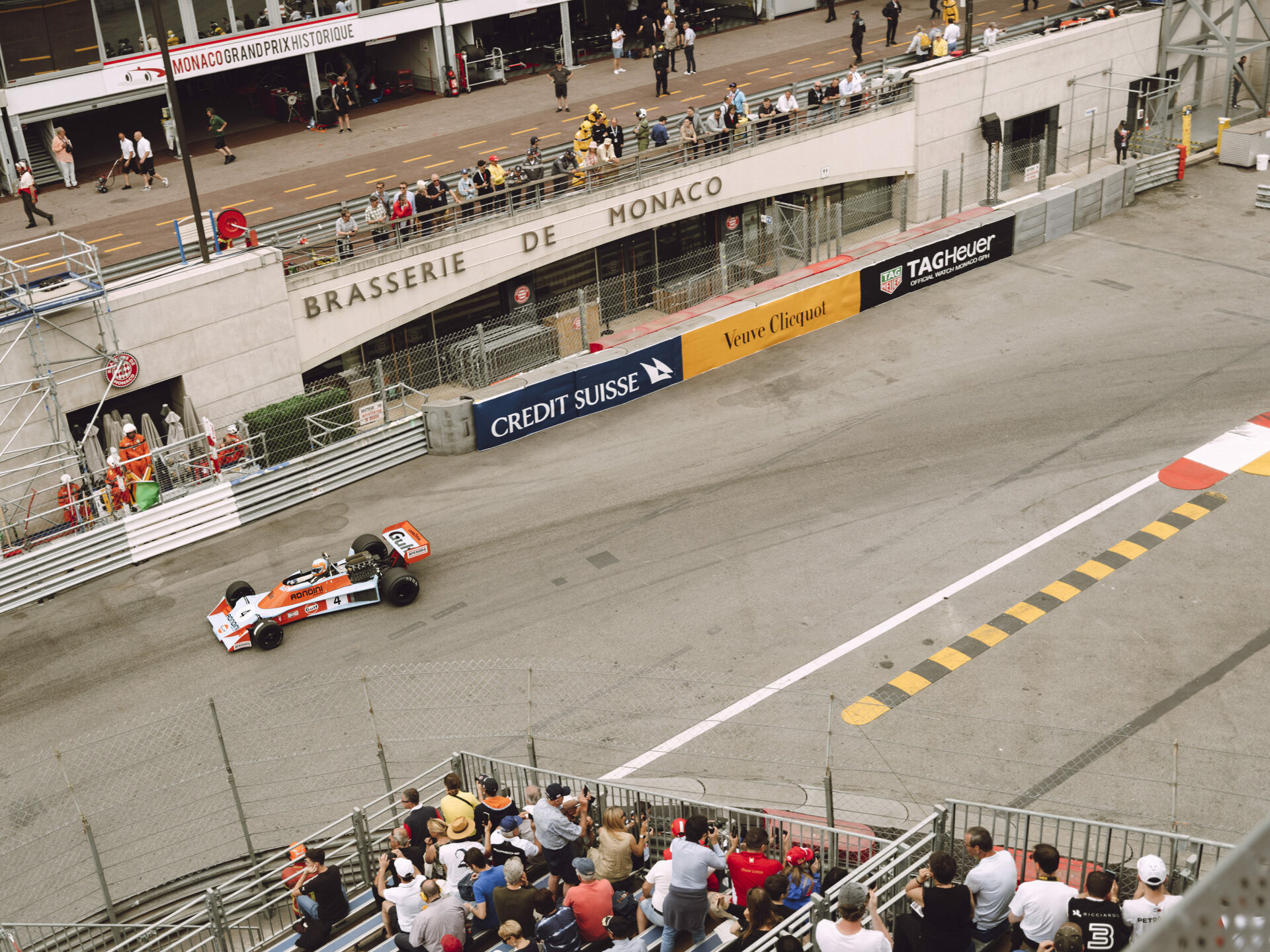 As we head into the Monaco Grand Prix weekend, I think it’s especially good timing for new fans to consider Formula One’s history. Monaco is known as the “crown jewel” of the Formula One calendar and it’s a historically important circuit. The weekend is one of the highest-profile events in the world, and one that puts the glamor and pageantry of the sport on full display. However, it’s also a race that highlights the fact that Formula One is currently stuck between two worlds: Its glamorous and brutal past, and its modern, potentially sterilized future.

Monaco is a street circuit that sees these 20 drivers guide their hyper-fast machines around the microstate’s hotels, casinos, and beautiful waterfronts on a twisting thread of asphalt that really no longer suits the size, speed, or design philosophy of modern Formula One cars. While the new regulations for 2022 have downsized the cars a bit from previous years and made the cars easier to follow, encouraging more exciting racing, the fact of the matter is Monaco has a tendency to become a parade course where the driver that secures pole position in qualifying is almost guaranteed to win the race (willing no technical malfunctions betray them) as its size makes it near impossible for even the best drivers to find a safe place to put the moves on an opponent. Does Formula One still need Monaco on the calendar if it can’t provide a competitive race? Is history alone enough reason to keep it? Is the fact that it’s a stunningly beautiful race worth it? Perhaps. If anything, the conversation around Monaco right now is that we may need to move on someday, and that’s really, really tough for a sport as reverent of its own history as Formula One. A sport with people like McLaren CEO Zak Brown, who has spent a fortune of his own money building an incredible personal collection of classic Formula One cars. A sport where some teams have been involved in various guises for decades, where Ferrari F1 cars have raced around Monaco since the ‘50s. A sport that often can’t get enough of its own gravitas.

Formula One has always represented the absolute bleeding edge of racing technology. It used to be a sport where designers would try everything from six-wheeled cars, like the Tyrrell P34 of the late ‘70s, to cars that employed literal fans to provide downforce like the Brabham BT46, to all shades of clever fueling methods and aerodynamic trickery to gain a competitive advantage over the other teams. While the margins of what teams can and cannot do with their car’s designs within the formula itself have become increasingly tight, it’s still a space where innovation is key and building a faster, lighter, more efficient car is everything. The more things change, the more they stay the same, and knowing the trajectory the formula itself has taken benefits a fan immensely. Tracing the path of the sport from the Cosworth DFV-powered days, to the screaming V10 era, to the current ultra-efficient turbo-hybrid V6s the sport employs can be fun for tech nerds and petrolheads, but it also shows just how important this sport’s impact on auto design truly is and what innovations competition can inspire. There are many people that believe the sport will become the place where synthetic, carbon-neutral fuels will truly go from conceptual infancy to a perfected product. It’s something many people think Porsche is banking on as the brand invests tens of millions into an eFuel company while stating its intention to enter F1 in the coming years. 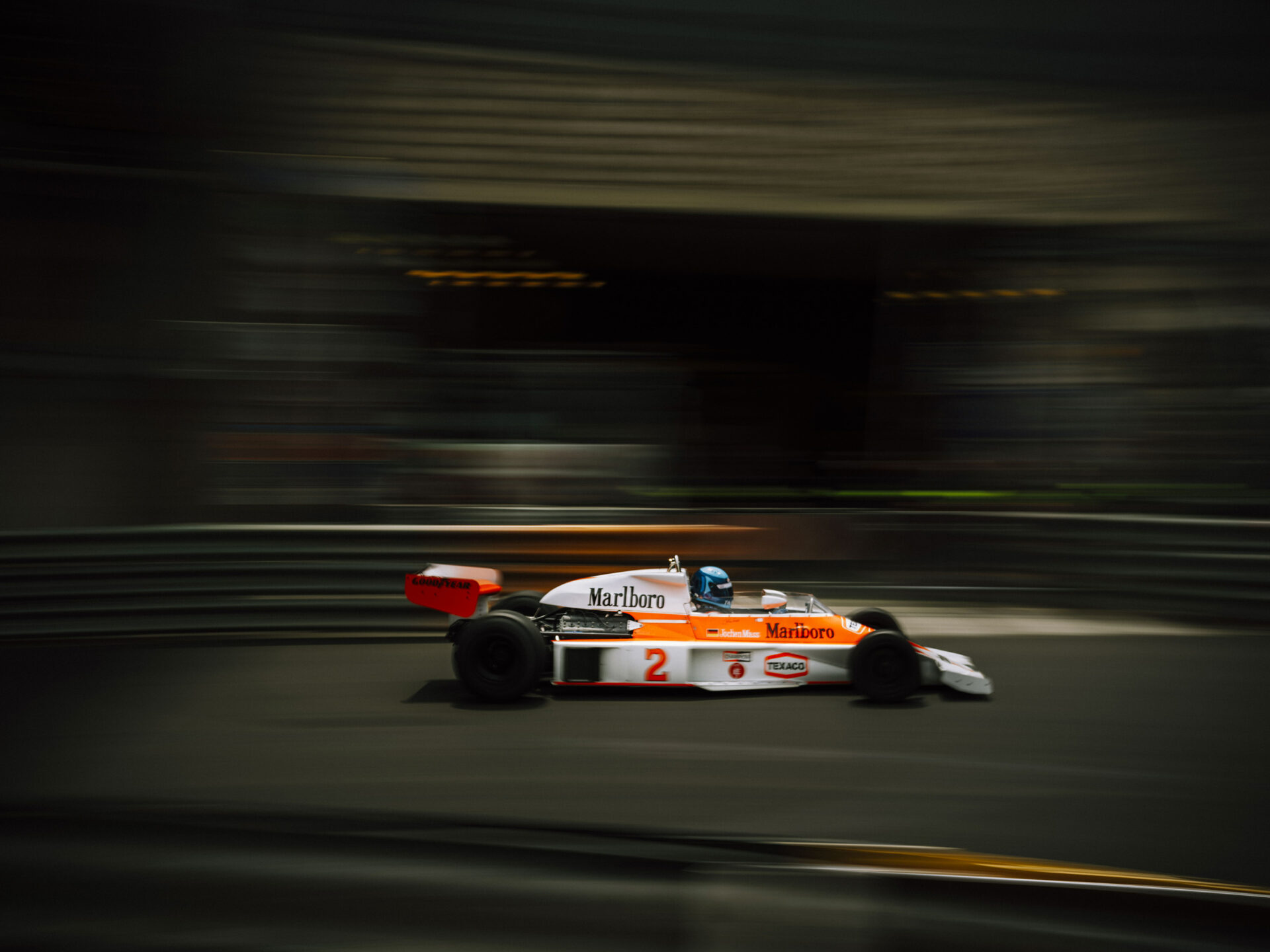 The Formula One paddock was also the breeding grounds for the first sports-related endorsements. Pro-am racer Jack Heuer saw an opportunity to place his chronographs (which were born from the brand’s dash-timers) on the wrists of Formula One drivers early on (with the help of driver and early endorsee Jo Siffert). The Heuer shield logo has graced the bodywork of Formula One cars for decades and is still present as Red Bull’s timing partner. The Mercedes Benz’s team works with IWC, Aston Martin is in bed with Girard-Perregaux, and heritage watch brands still play an important role in the sport. However, ultra-modern and ultra-high-end watchmaker Richard Mille is currently involved as a sponsor with multiple teams on the grid. Again, this simply underlines the reality that Formula One is a sport currently defined by its shifting sands.

The beautiful photos that accompany this article were shot by our friend, photographer Vince Perraud, at this year’s Monaco Historic Grand Prix. Perraud was there on behalf of Tag-Heuer and they feature cars from every period of Formula One’s rich history – some being driven by the sport’s current stars. Ideally, these photos will give new fans an idea of t just how far the sport has come, from essentially high-powered go-karts to space age, carbon fiber land rockets. These photos should also hint at just how far F1 might go. I encourage you to immerse yourself in the fantasy of what a race in Monaco may have felt like back in the day through Perraud’s lens, and consider Formula One’s past when you watch the Monaco race this weekend. Hopefully, these photos and words spark something in you that makes you want to look back, watch some classic races, read up on the heroes that defined classic championship battles, and help you become a better, more passionate fan of Formula One as it hurtles towards its unknown next chapter. It’s the unknown that makes things exciting, after all. 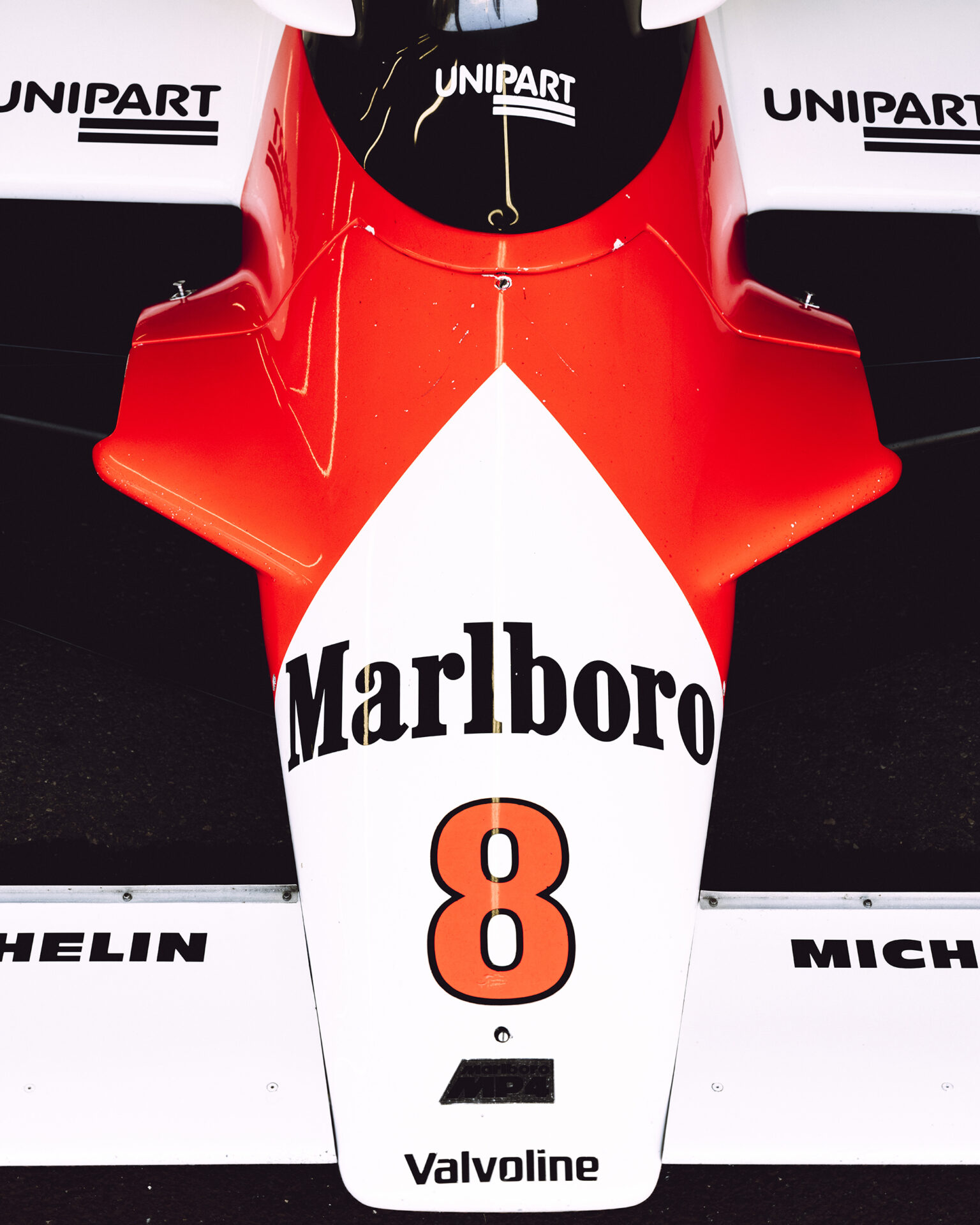 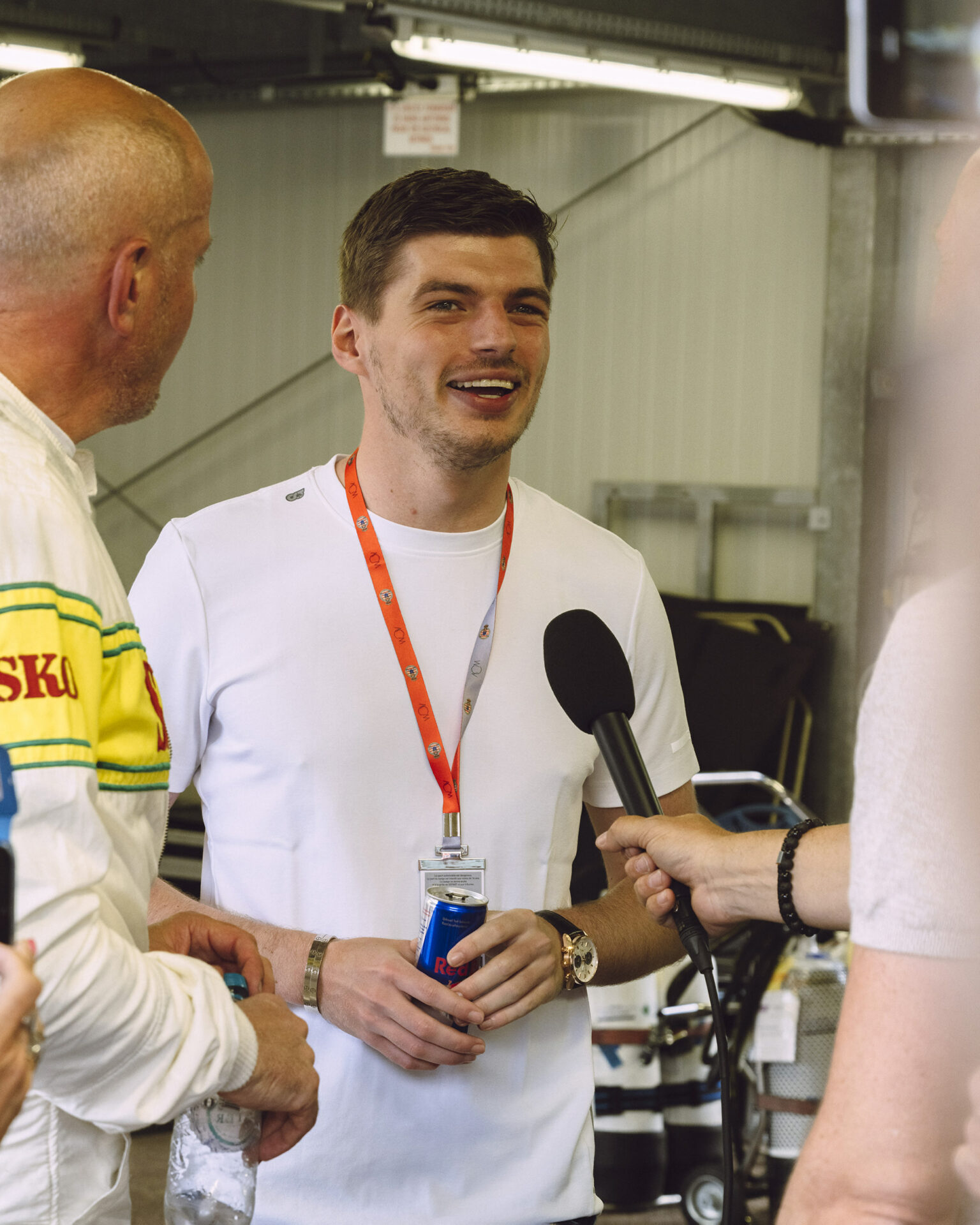 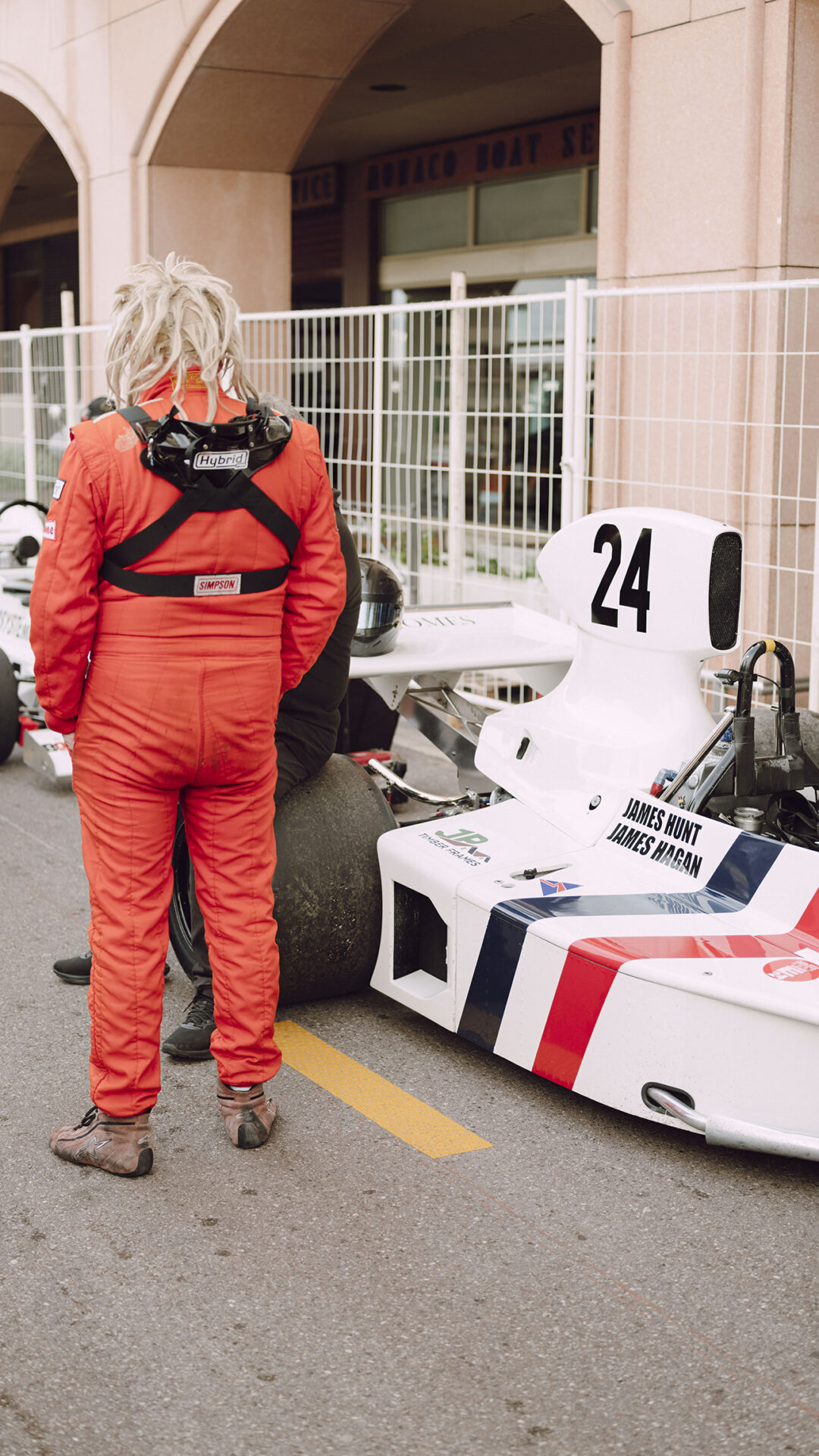 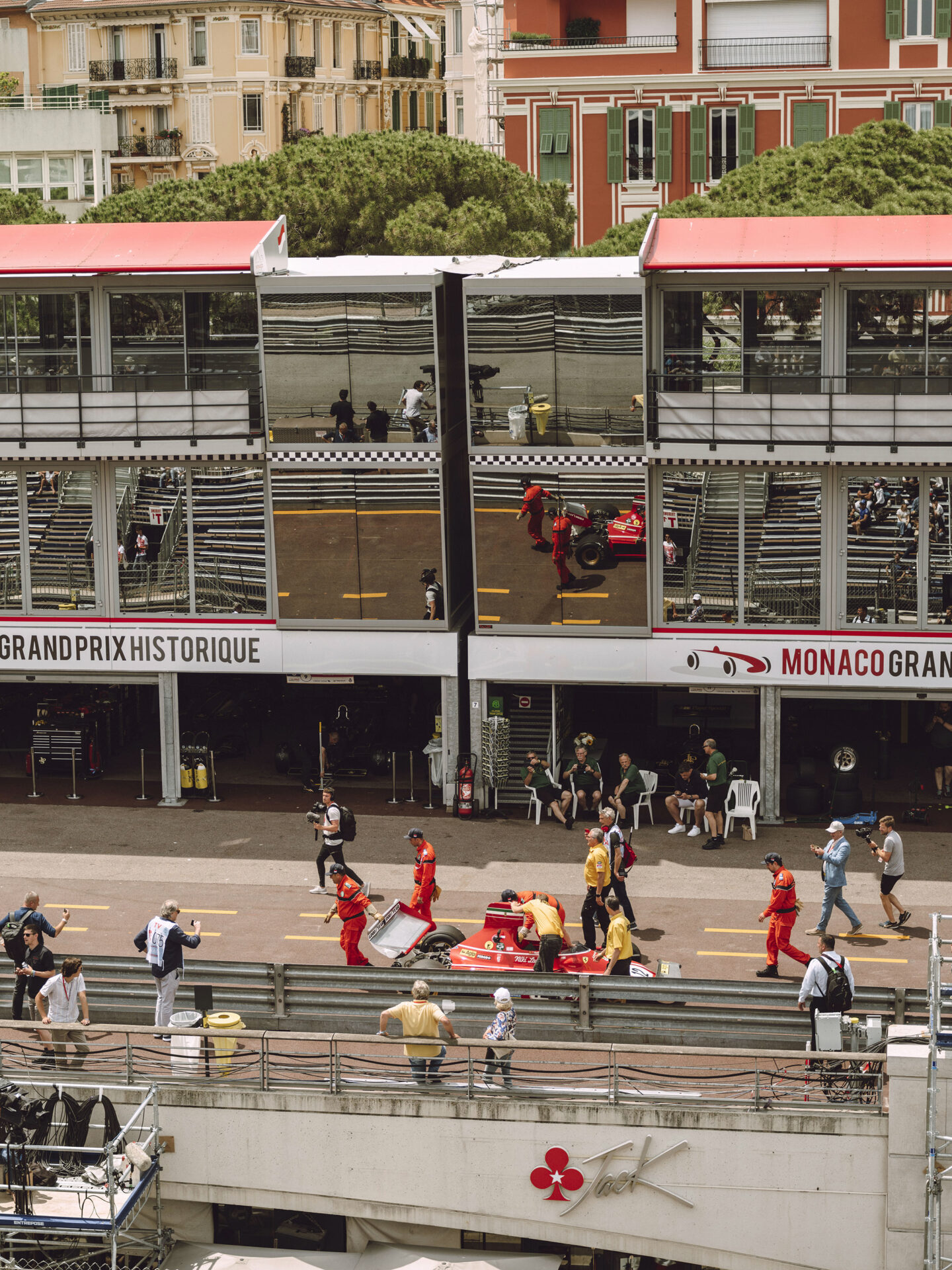 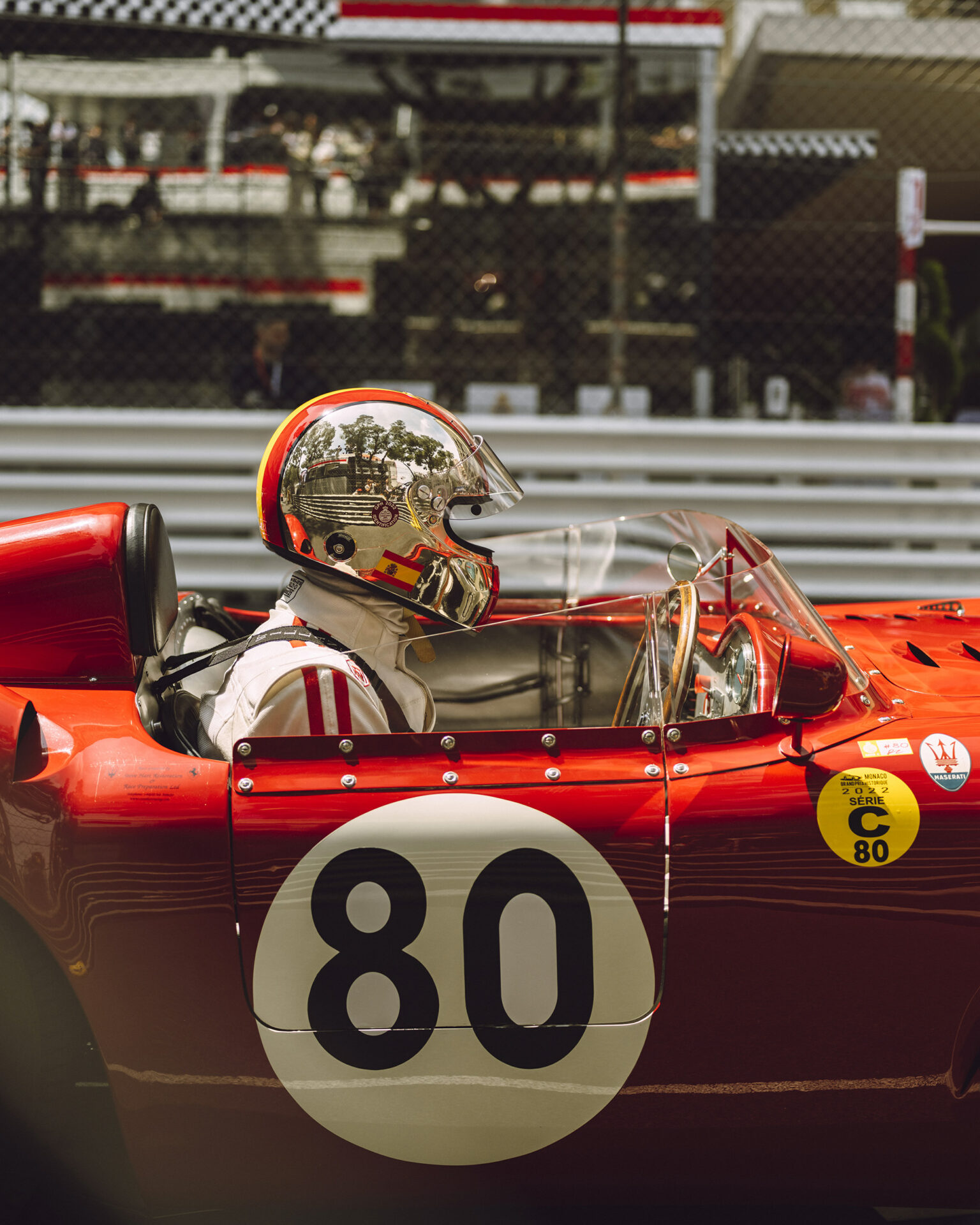 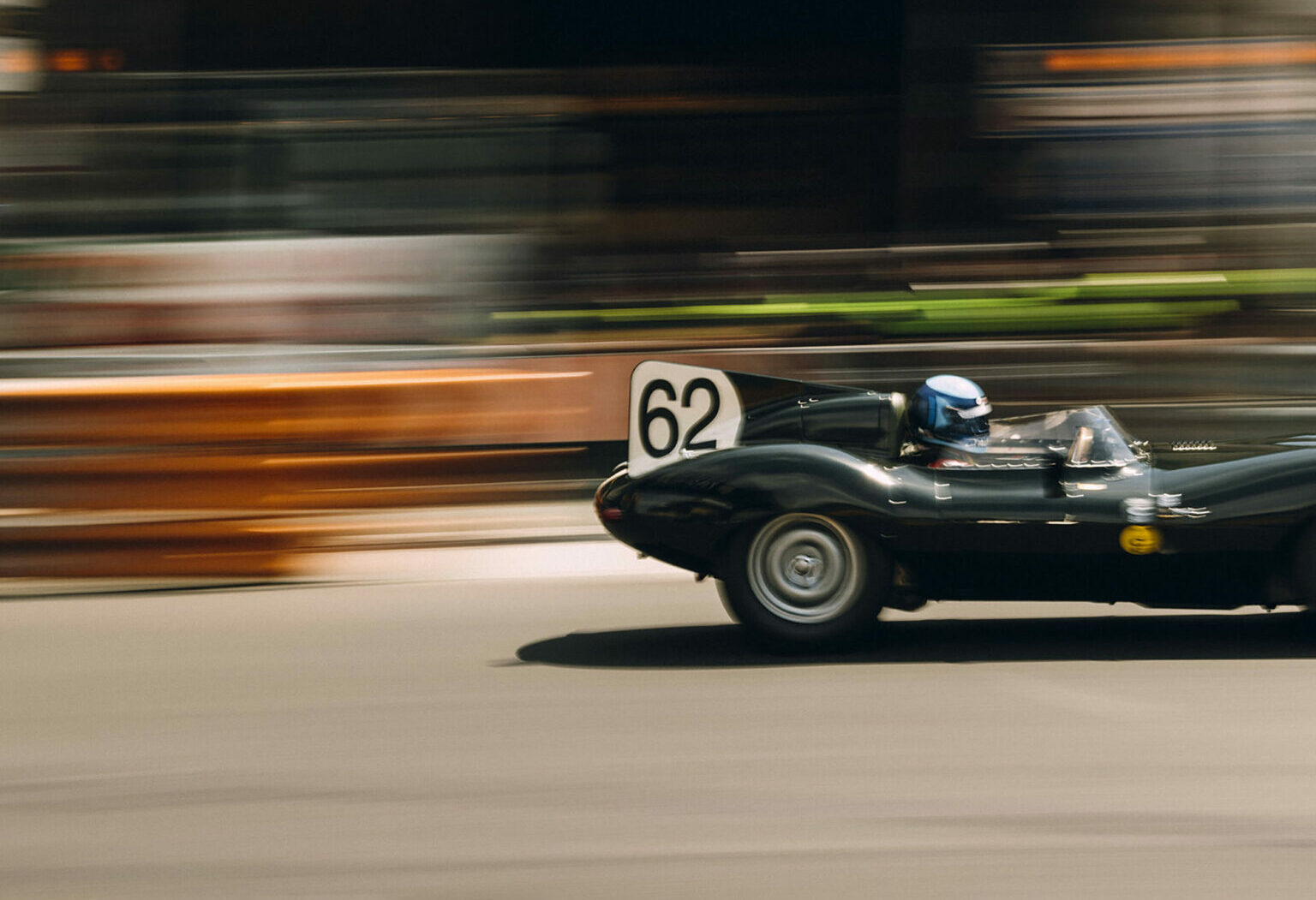 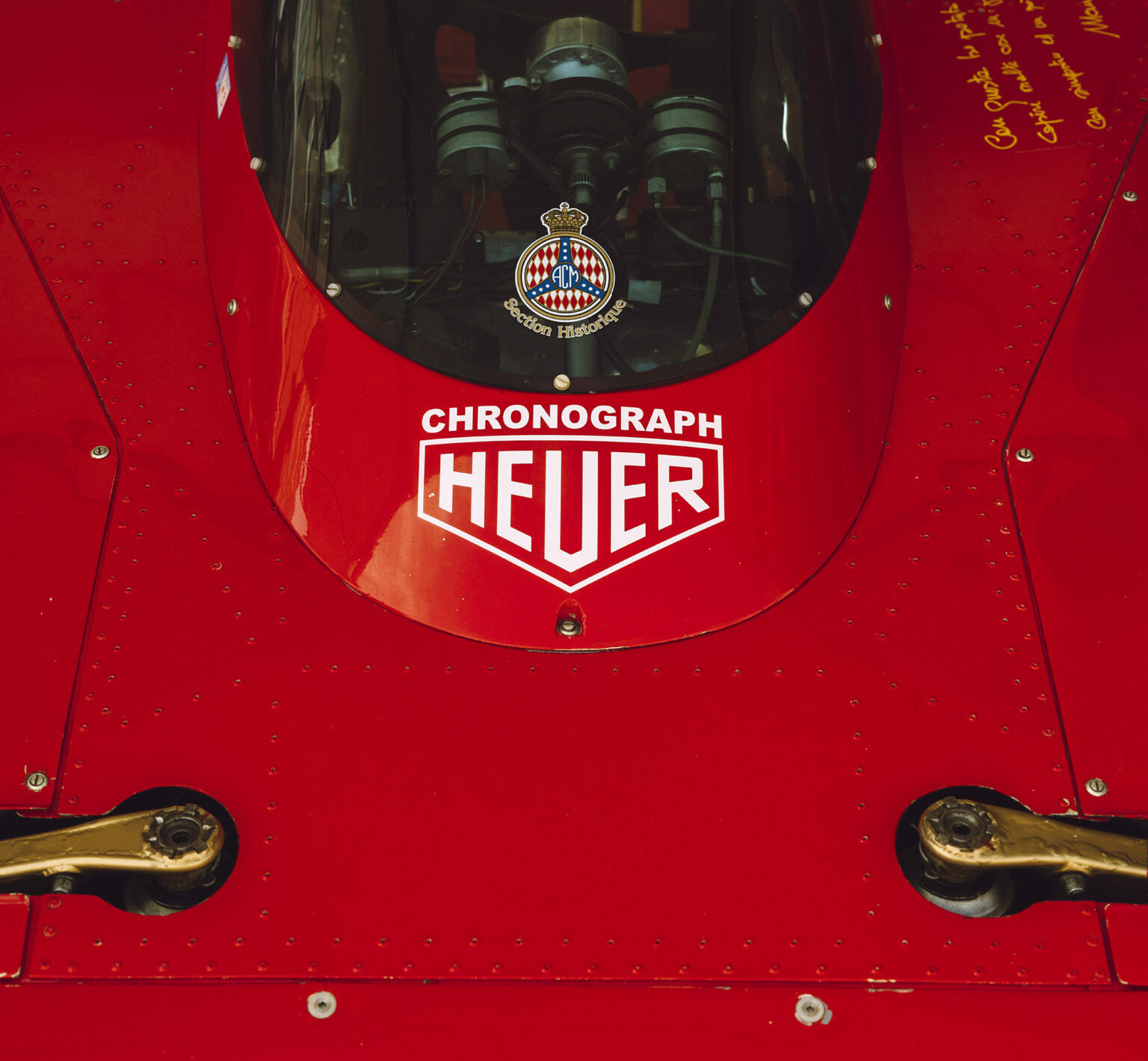 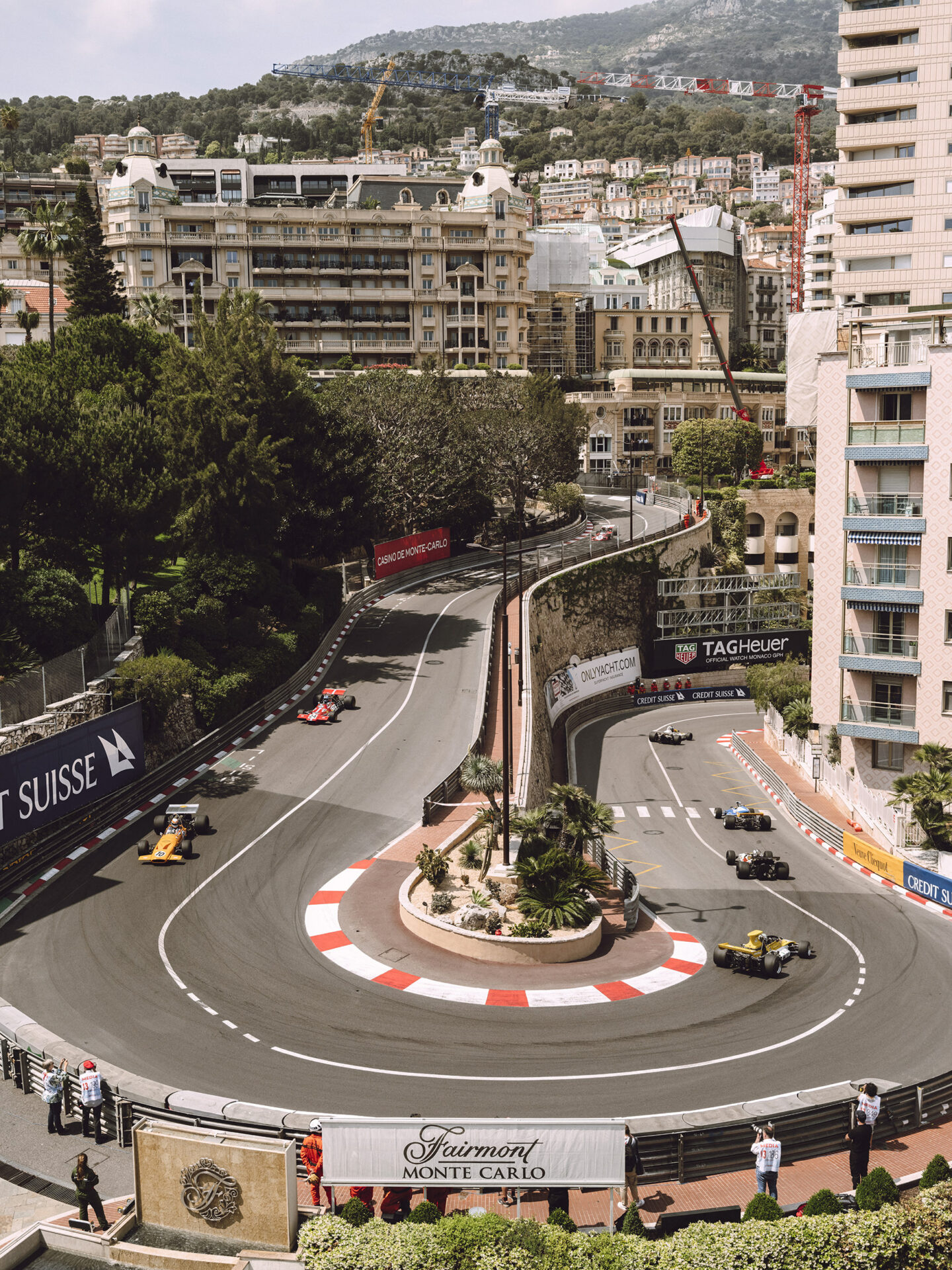 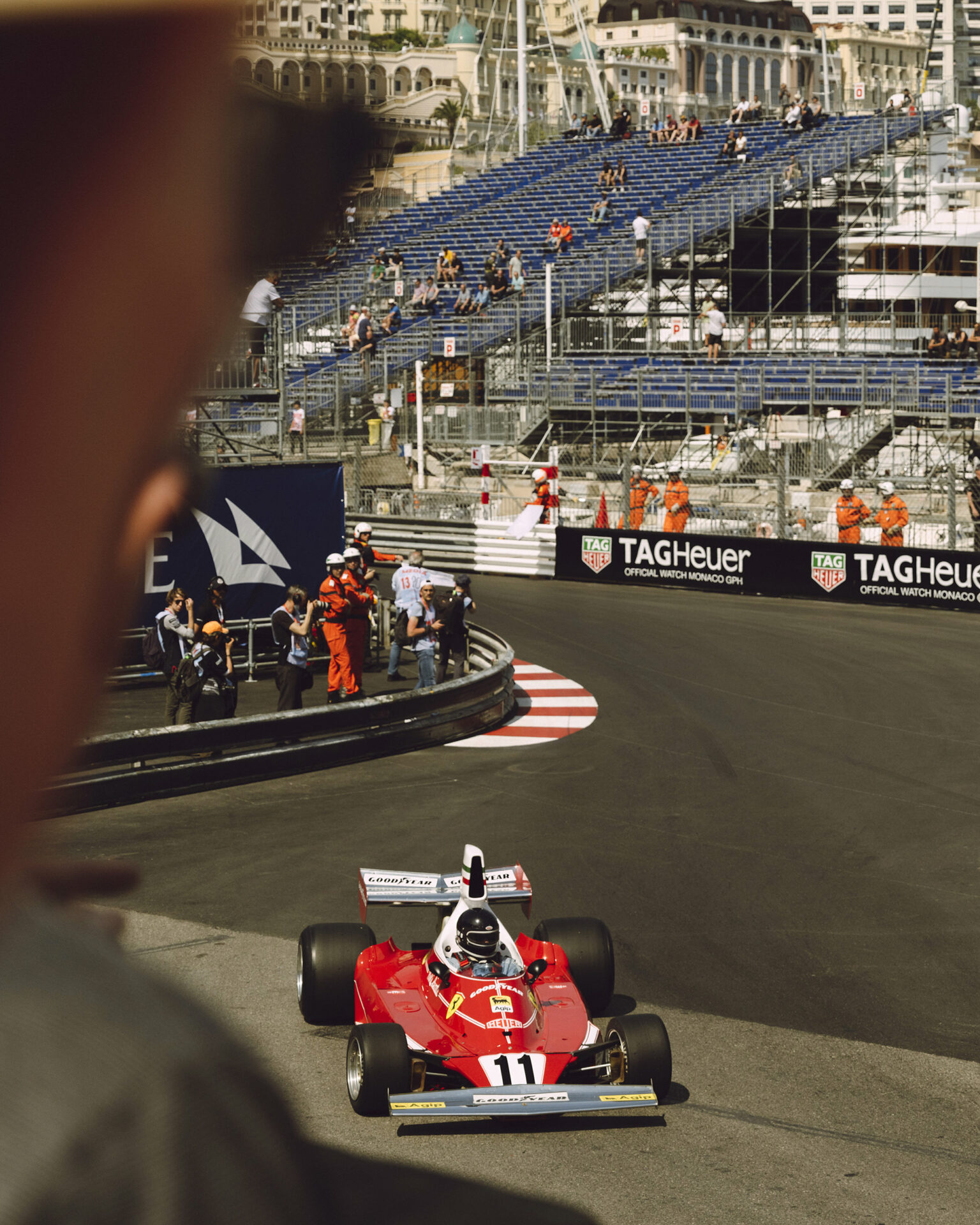 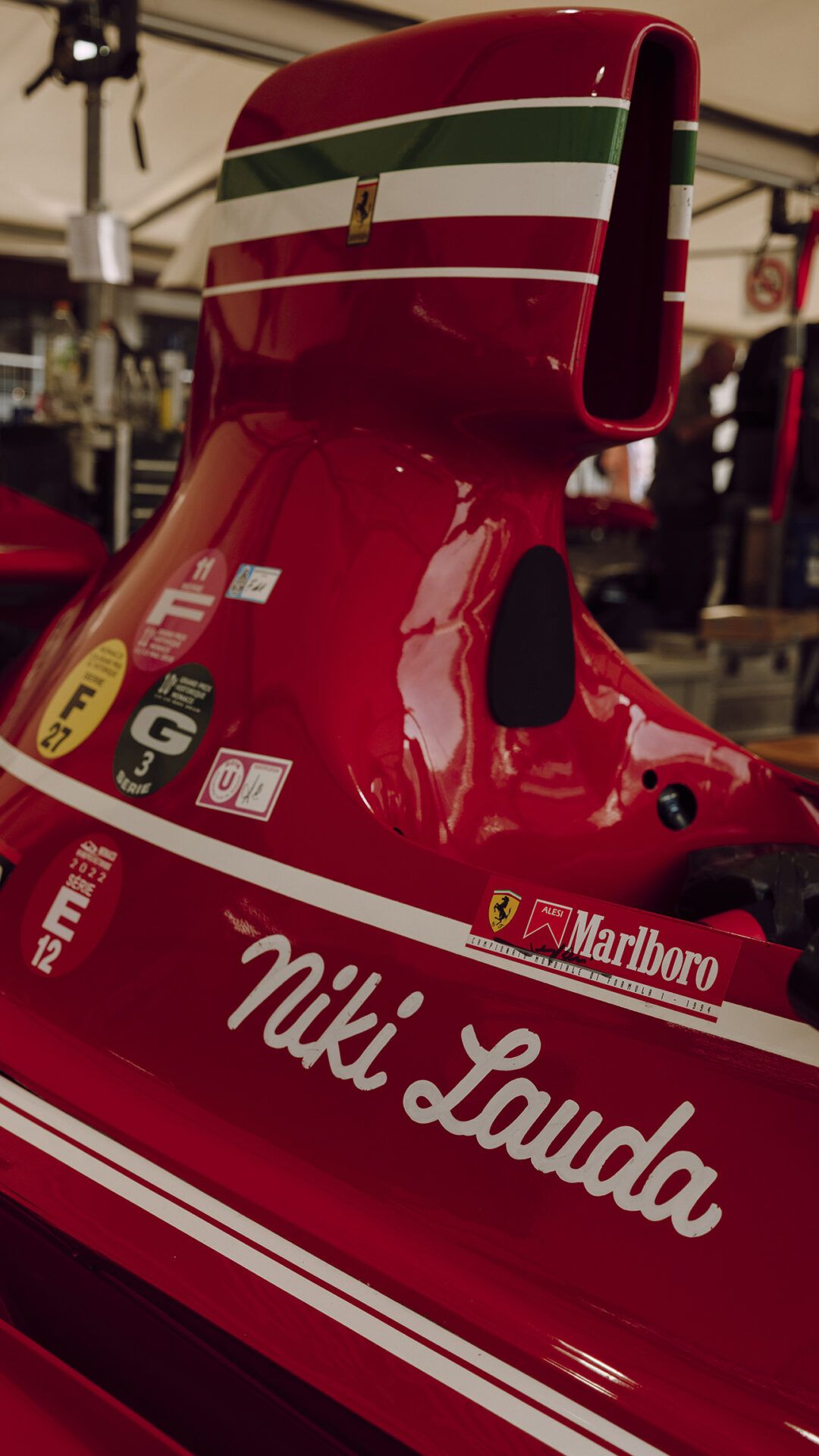 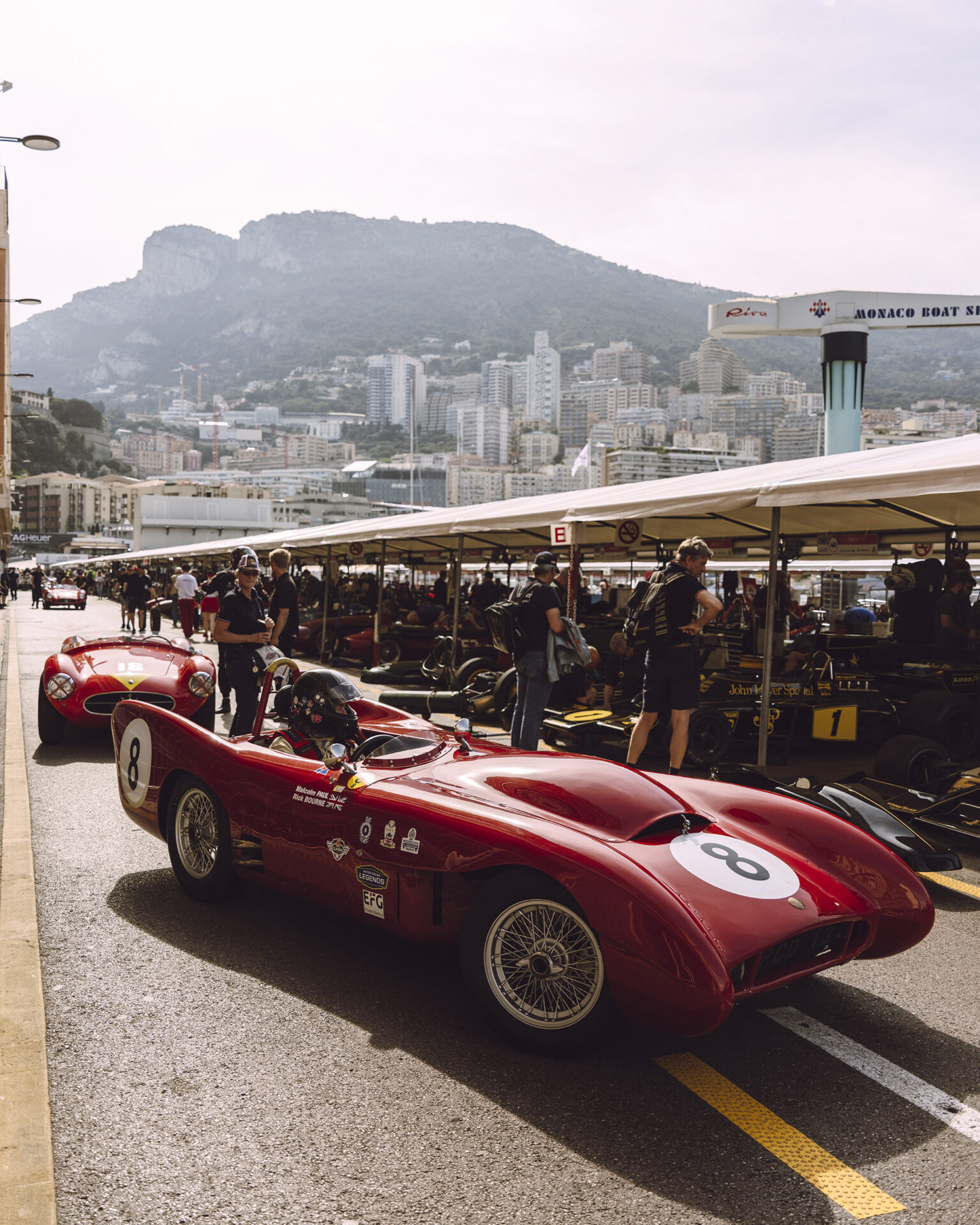 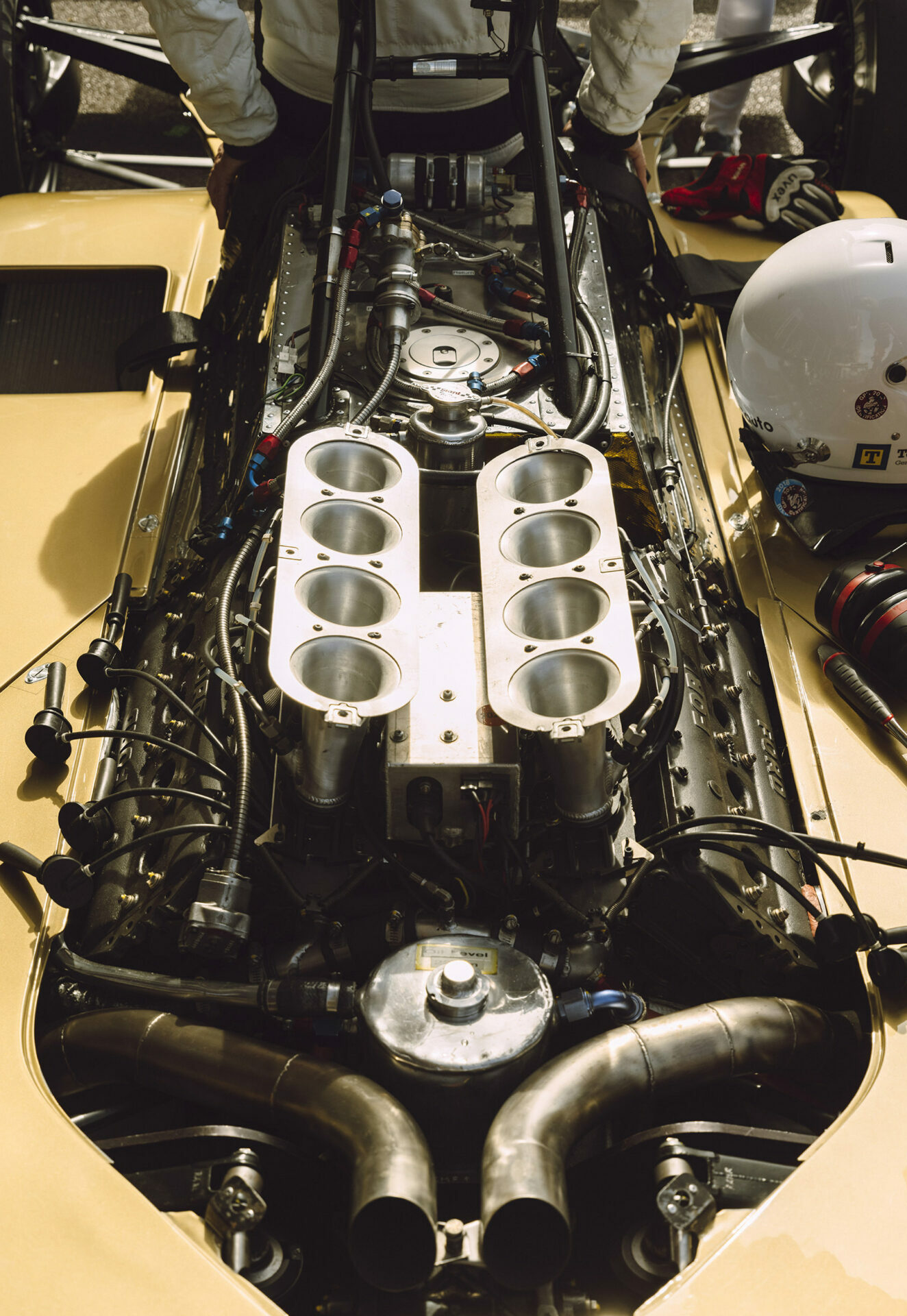 Special thanks to Vince Perraud for his brilliant photos and Tag-Heuer. Visit Vince on Instagram at @vinceperraud