Gérald Genta and the Design of Displaying Time

Although he was a designer in the broadest sense of the word, it was ultimately wristwatches for which Gérald Genta became most famous. As one of the most influential designers of the twentieth century, Gérald Genta is credited with the creation of some of the most important and influential timepiece designs of all time, many of which still exist today in their various (but largely unchanged) contemporary forms.

Born in Switzerland in 1931, Charles Gérald Genta completed jewelry and goldsmith training by the age of twenty, and earned a Swiss federal diploma. His first role as a designer for a major wristwatch company came shortly thereafter, when Universal Genève SA, a prominent timepiece manufacturer of the time, hired him to help design some of their upcoming lines of watches. During his tenure at Universal Genève, Gérald Genta designed a number of successful watches for the brand, most notably, the Polerouter, which would go on to become one of their most prominent and longest running collections of timepieces. 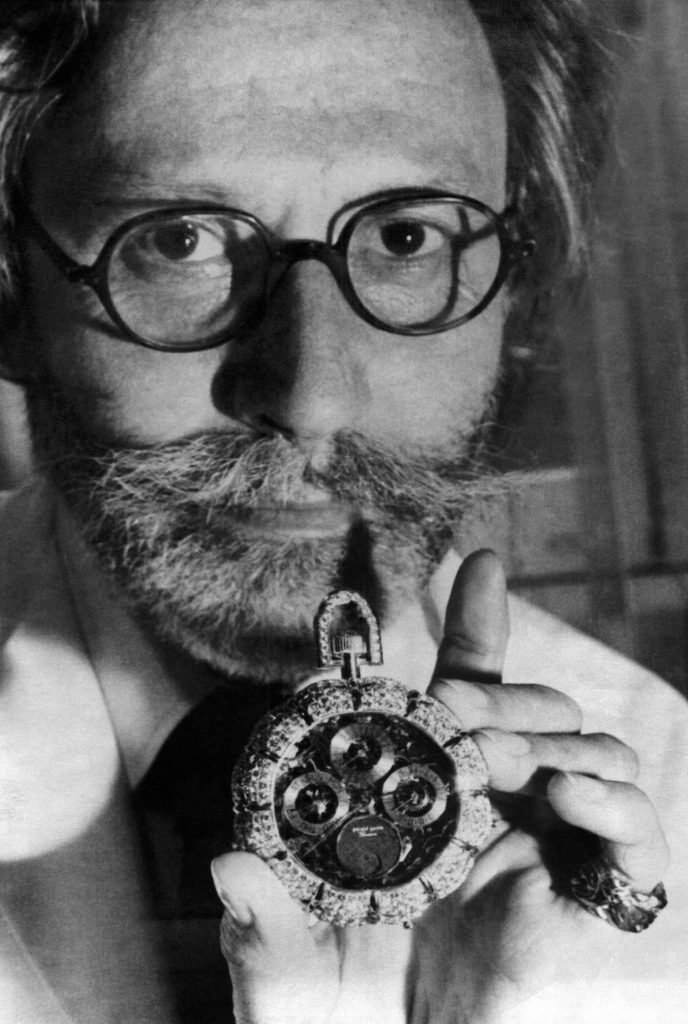 Gérald Genta’s success continued throughout the 1960s, during which time, he created countless timepiece designs for a number of different well-known wristwatch manufacturers. By 1969, Genta had built a substantial reputation for himself as a designer, leading him to start his own, eponymous company that would produce complete wristwatches throughout the 1970s, 80s, and 90s.

It was under the Gérald Genta brand that some of the most interesting timepieces from Genta’s portfolio were released. In addition to having truly modern and often colorful designs, some of these watches included the famed, Disney-character, high-complication ‘Fantasy’ timepieces, such as the Mickey Mouse Tourbillon and the Donald Duck golf watch, which had a movement fitted with a retrograde-minutes and jumping-hour complication. Despite producing wristwatches under his own name since 1969, some of Gérald Genta’s most famous and influential designs were actually those that he created for other timepiece manufacturers throughout the 1970s.

In 1970, just one year after starting his own brand of wristwatches, Gérald Genta created his most well-known timepiece design of all time for Audemars Piguet: the Royal Oak. As the world’s very first, luxury-oriented, stainless steel, sports watch, the Royal Oak needed a bold and revolutionary design to match its groundbreaking (and unproven) concept. Despite having a relatively high price that was comparable to most solid-gold dress watches of the time, the Audemars Piguet Royal Oak was a success, and remains one of the world’s most coveted watches, almost half a century later.

The success of the Royal Oak resulted in other manufacturers entering the luxury-oriented, stainless steel, sports watch market, and in 1976, both Patek Philippe and IWC put forward their entries into this newly found category of timepieces, with the Nautilus and the Ingenieur, respectively. Gérald Genta was the designer for both of these watches, and both timepieces featured a number of basic visual design elements that had first been introduced on the Royal Oak. Legend has it, that the original sketch for the Nautilus was hastily done on a restaurant napkin in just a few minutes, and although all three watches are distinctly unique, they share a similar design language of bold case shapes, large and prominent bezels, and integrated bracelets that are fundamental to the overall appearances of their respective watches. 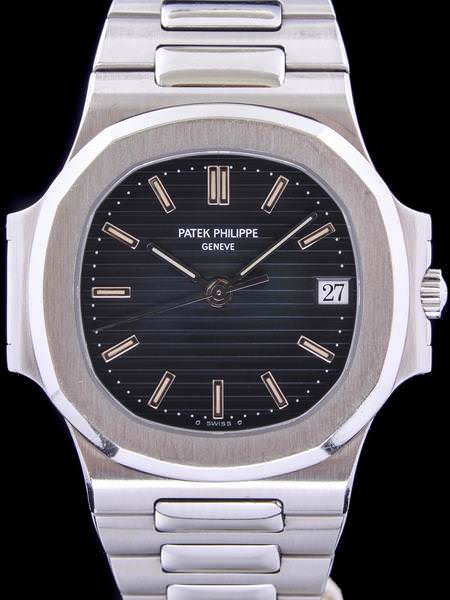 Gérald Genta continued to design watches, both for his own brand and for a number of other prominent timepiece manufacturers throughout the 1980s and 1990s. By the time he finally retired in the early 2000s, Genta’s extensive list of clients, employers, and collaborators included everyone from Rolex and Cartier, to Seiko and Bulgari. He had even designed a digital watch for Timex, which had sold roughly 30 million copies.

Although he is without a doubt, one of the most important and influential timepiece designers of all time, Gérald Genta seldom wore a wristwatch in his personal life, as he found that the constraints of adhering to a rigid schedule were not conducive to his creative lifestyle. While he may not have enjoyed wearing watches, Genta certainly loved designing them, and is unofficially credited with the creation of over 100,000 unique timepiece designs. Gérald Genta passed away in 2011 at the age of 80, and although he may be gone from this earth, his iconic designs live on forever as some of the most influential and highly regarded wristwatches ever created.

Click here to visit the shop and browse our collection of Genta designed watches.