As the watch market has grown continually more sports Rolex crazed, interest in modern references has increased drastically, making it near impossible to get a hold of current production models without paying a hefty premium. This can be seen best in the case of the all green “Hulk” Submariner, which attracts serious appeal while remaining quite polarizing. Although this modern reference is no slouch, it could be argued that its older brother — the Ref. 16610LV — brings more to the table in the way of timeless styling and importance. For those that wonder why this watch has become the crown jewel of modern sports Rolex collecting, here’s the comprehensive guide you’ve been looking for. 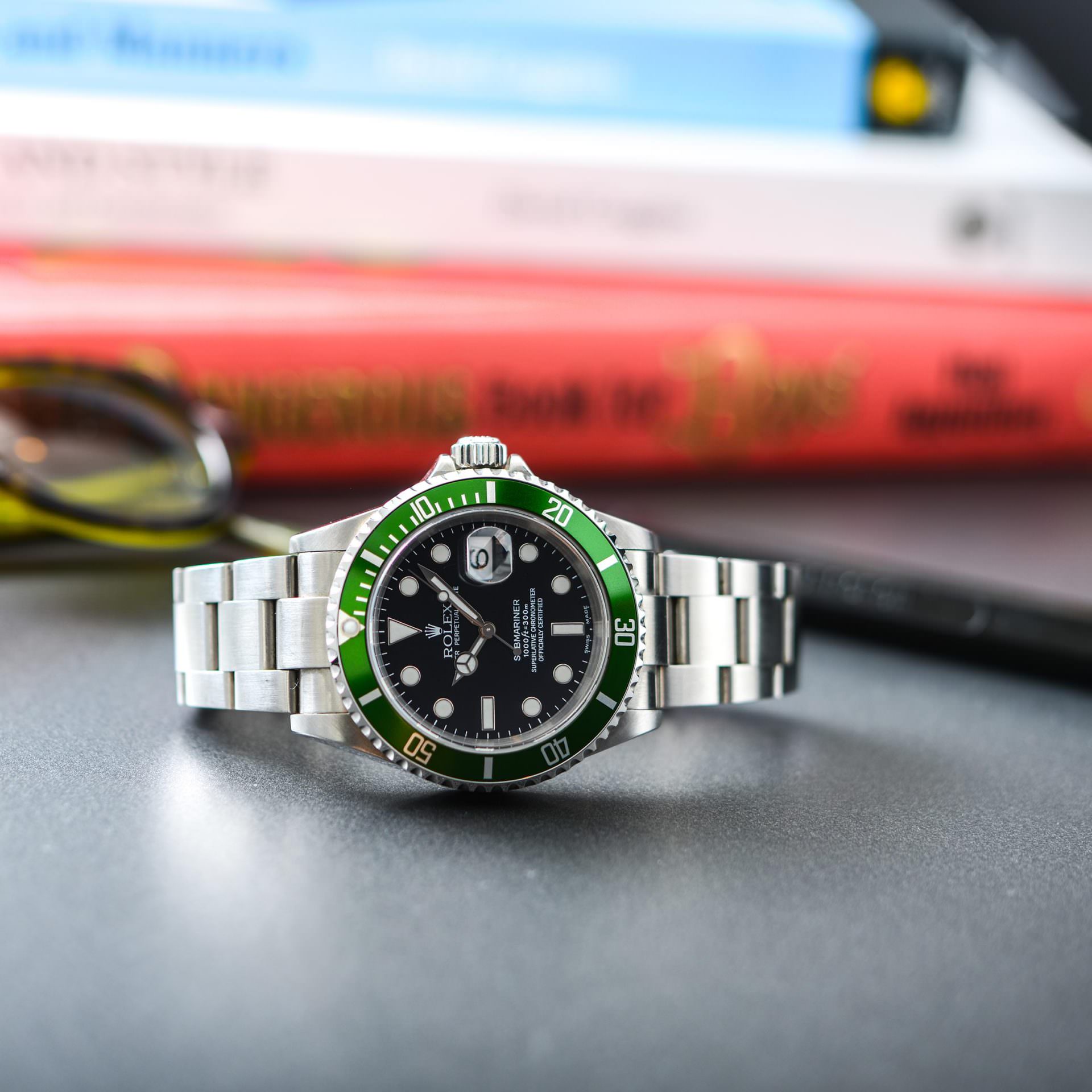 Rolex’s past is ridden with icons to the extent of no other watchmaking powerhouse in history. Though the famed racing chronograph that is Daytona and the high flying GMT Master has come to largely define the sports watch segment, the Submariner’s significance simply cannot be rivaled. Since its introduction in late 1953, the timepiece has graced the wrists of the daring divers and Swiss watch enthusiasts alike, earning it an unshakable position at the top of the heap of sports watch models. That’s why at the Baselworld fair of 2003, Rolex honored the Submariner’s rich and rugged history with the 50th anniversary marking Ref. 16610LV. Unlike the standard-issue Ref. 16610’s that were in production at the time, five decades of Submariner production were celebrated through the fitting of a vibrant green bezel — the brand’s signature color — which has since resulted in some collectors nicknaming this piece the “Kermit.” In the case of most other brands, celebratory references are far from unusual, with limited editions gracing catalog pages on a regular basis, but Rolex plays by a rulebook of their own. Thanks to masterful marketing and the lasting power of their designs, the watchmaker’s offerings have always remained in high demand, making it largely unnecessary to stimulate interest with deluxe rarities. This means that when a milestone marking variant of an already wildly popular watch is introduced, it’s no little occurrence by any stretch. 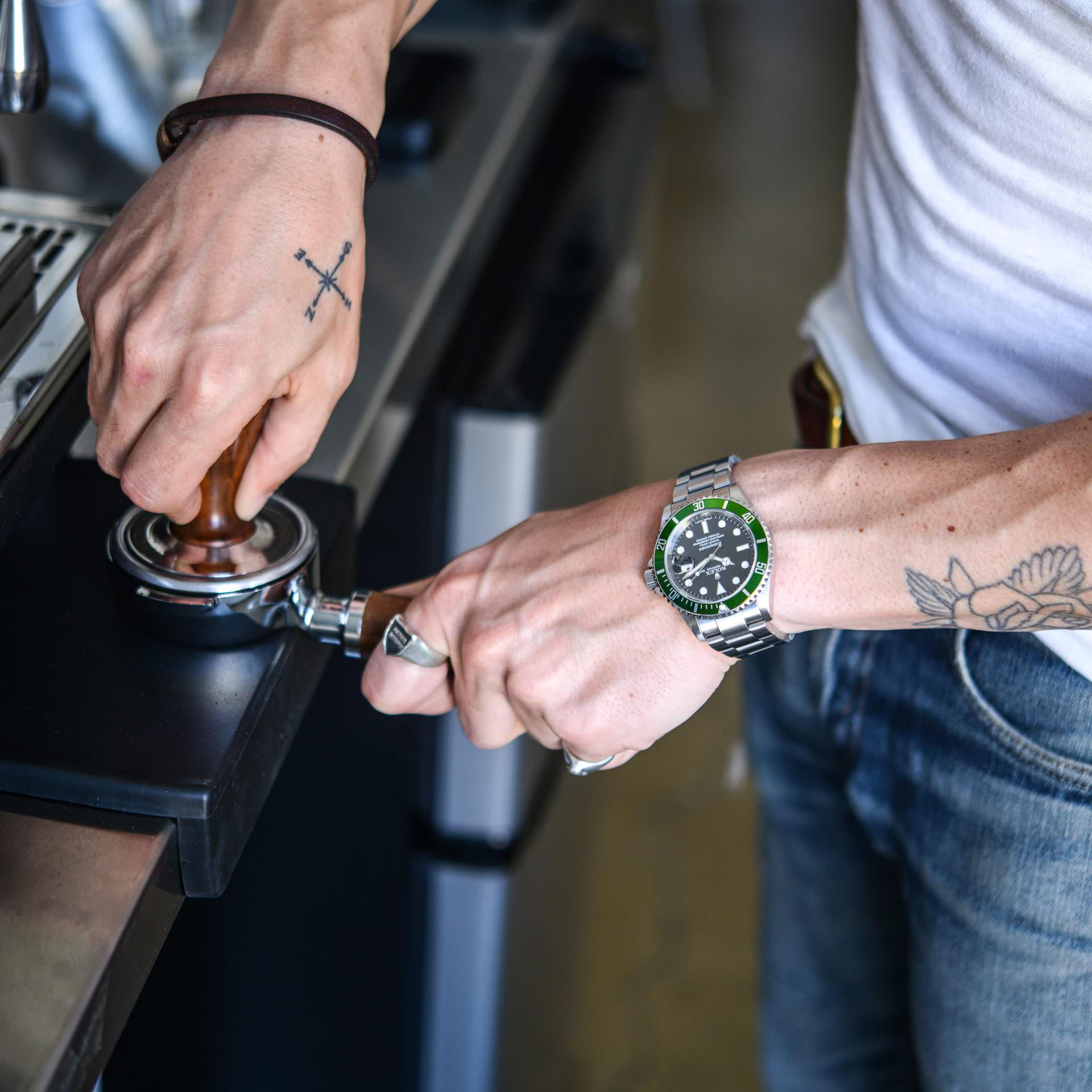 Much like the earlier Submariner’s to have been produced by the coronet-clad brand, the Ref. 16610LV’s production was characterized by a number of aesthetic variances. To the untrained eye, a handful of examples may appear identical, but upon closer inspection with the guidance of a scholarly aficionado, their contrasting details become evident. Such details include the shade of green in which the reference’s bezel inserts were manufactured, ranging from dark, racing green tones, to lighter olive shades. Furthermore, the variance can be spotted in the numerals printed on these inserts, with some executed in different styles and a more heavily weighted typeface than others. Among the most desirable are those with fatter font, and those which feature a “flat 4” at the forty-minute marking position.

To some, these minute differences are nothing more than insignificant details, but to those aware of Rolex’s current commitment to uniformity, their significance doesn’t go unnoticed. Following the transition to glossy dials, sapphire crystals, and the more sophisticated calibers found inside more modern offerings, Rolex’s production grew less experimental and more consistent. With this context in mind, the Ref. 16610LV is all the more special and desirable from a discerning collector’s perspective. 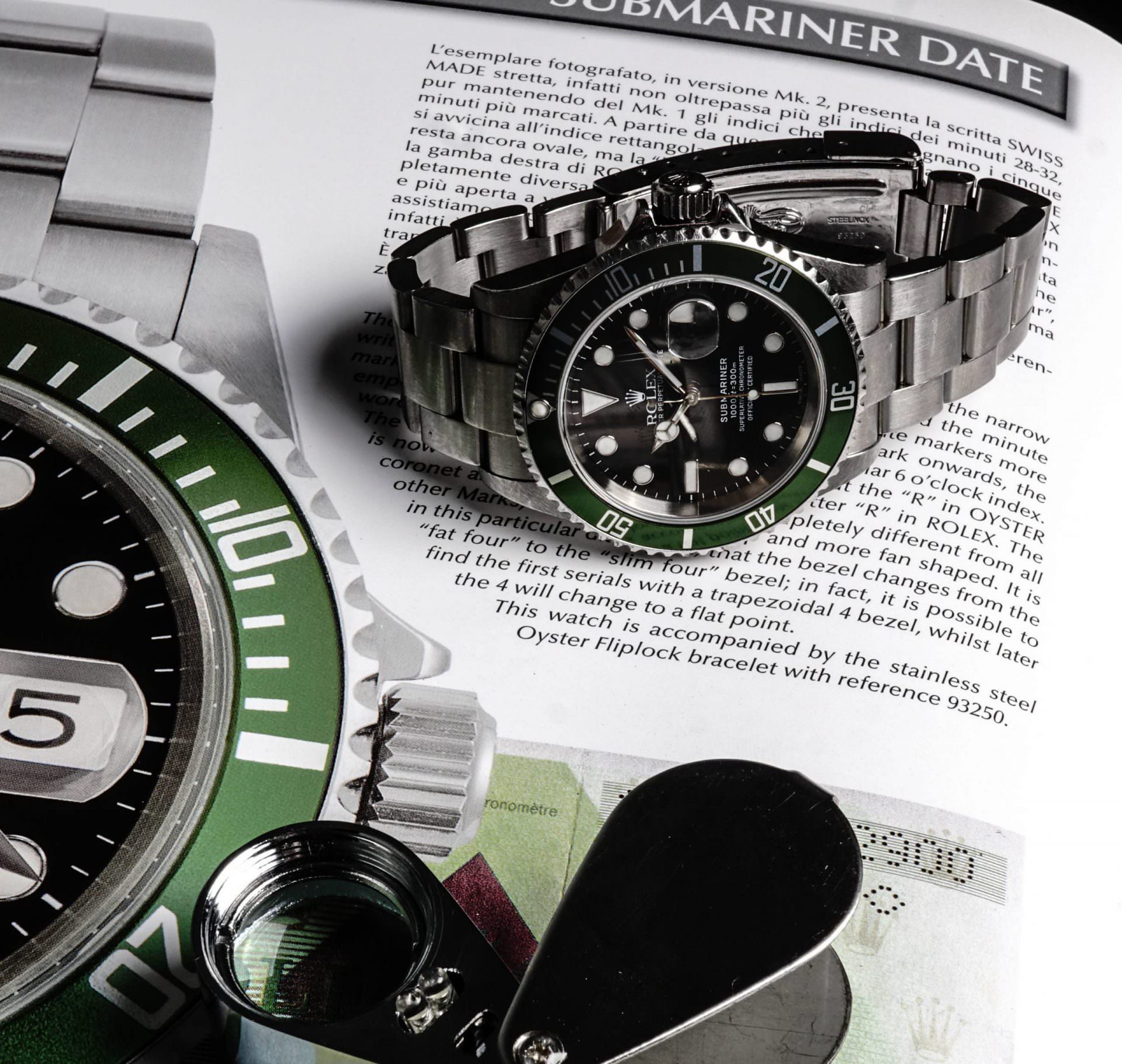 Above all, the anniversary Sub stands out among Rolex collectors for its rarity in comparison to the regular Ref. 16610 and dateless Ref. 14060 which it was sold alongside. These two aforementioned references were manufactured by Rolex for 23 and 20-year long production runs, in which countless examples were produced and sold. This pales in comparison to the seven-year span in which the maxi-dial equipped Ref. 16610LV was manufactured, making this reference undoubtedly more scarce than the rest. Again, this is an uncommon occurrence in the world of modern Rolex, which only intensifies the anniversary Submariner’s appeal.