As hard as some brands might try, it’s essentially impossible to replicate the undeniable charm of a vintage watch with a modern reference. However, when it comes to durability, a more recently produced timepiece will always take the cake. This is because the passing of time naturally brings about new developments in technology, many of which have had drastic impacts on the world of horology. It’s in forging the link between the past and the present that many brands fall short, attempting to reinvent the wheel aesthetically to support the incorporation of hard-wearing upgrades. This could be said of many brands in the 1990s, but IWC was by no means one of them. It was in this era that some of their greatest watchmaking efforts hit the market, many of which are still celebrated to this day which is now falling into an emerging category that is being called “Neo-Vintage”. The IWC Mk XII is no exception and falls perfectly within this category which is why it is a timepiece that is worthy of discussion. 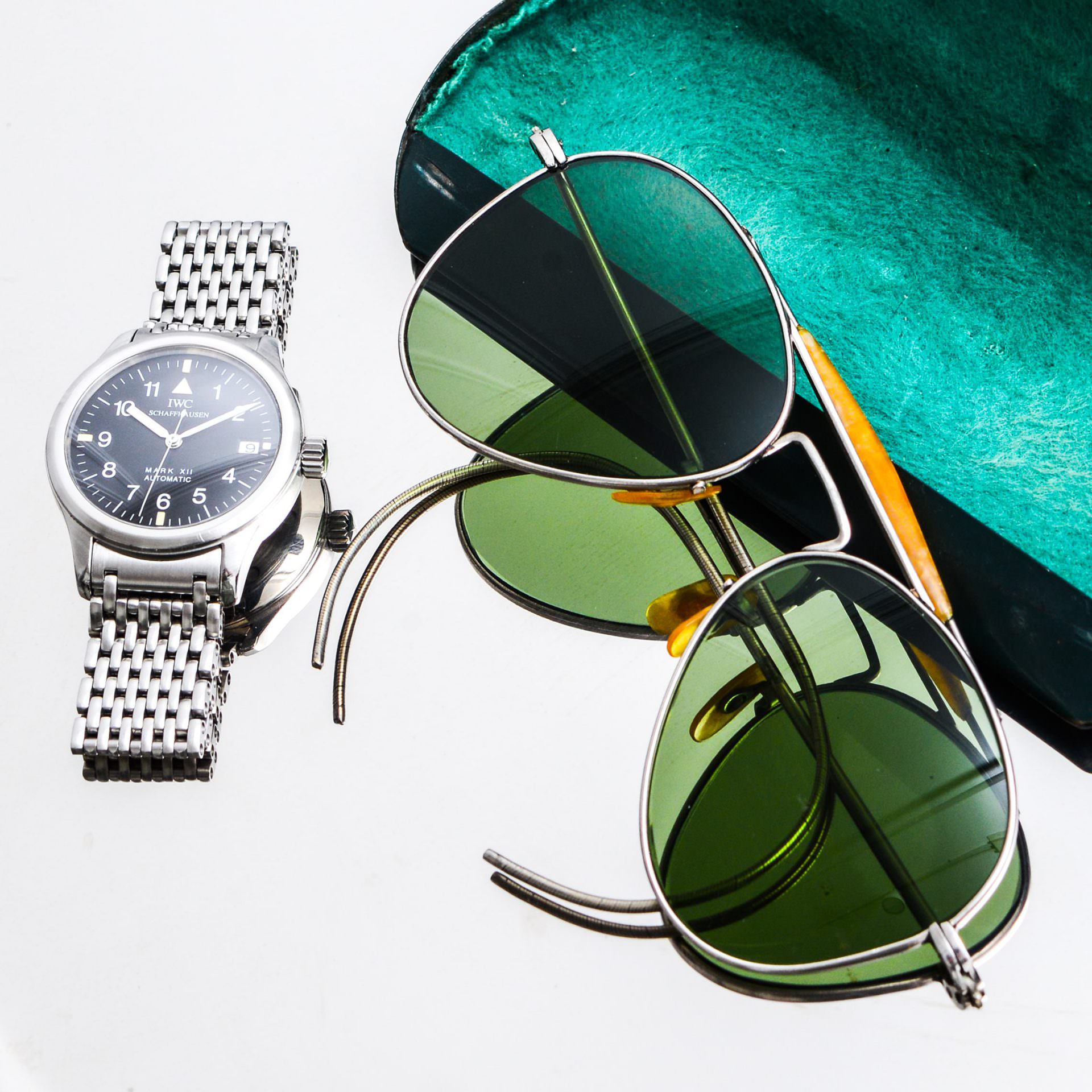 Like many other tool watch icons, the IWC Mk XII’s origins lie in military design and use — where the most demanding of conditions necessitate the very best, and nothing less. Following Britain’s declaration of war on Germany in 1939, the British Ministry of Defence (MoD) commissioned military timepieces from twelve different manufacturers (nicknames the “Dirty Dozen”), all of which had to meet their explicit standards and specifications. Among the most desirable of the bunch is IWC’s Mk X, which during its production run of just 6000 pieces birthed one of the brand’s most important collections.

The Mark X’s success is attributed to the reliability of its Cal. 83 hand-wound movements, and the legibility of its luminous dial, but IWC being IWC they didn’t stop there, and upped the ante with the subsequent Mk XI of 1949. This new contender took was purpose-built for navigators and pilots of the Royal Air Force, Fleet Air Arm, and Royal Australian Air Force, and had all the bells and whistles to prove it. These included a hacking movement, an antimagnetic shield, and a reinforced crystal which could withstand the effects of changing pressure. Although a true success of a timepiece design, the demand for military watches would later decrease, resulting in the Mark collection being put on hold for a number of decades until its eventual return in 1993. 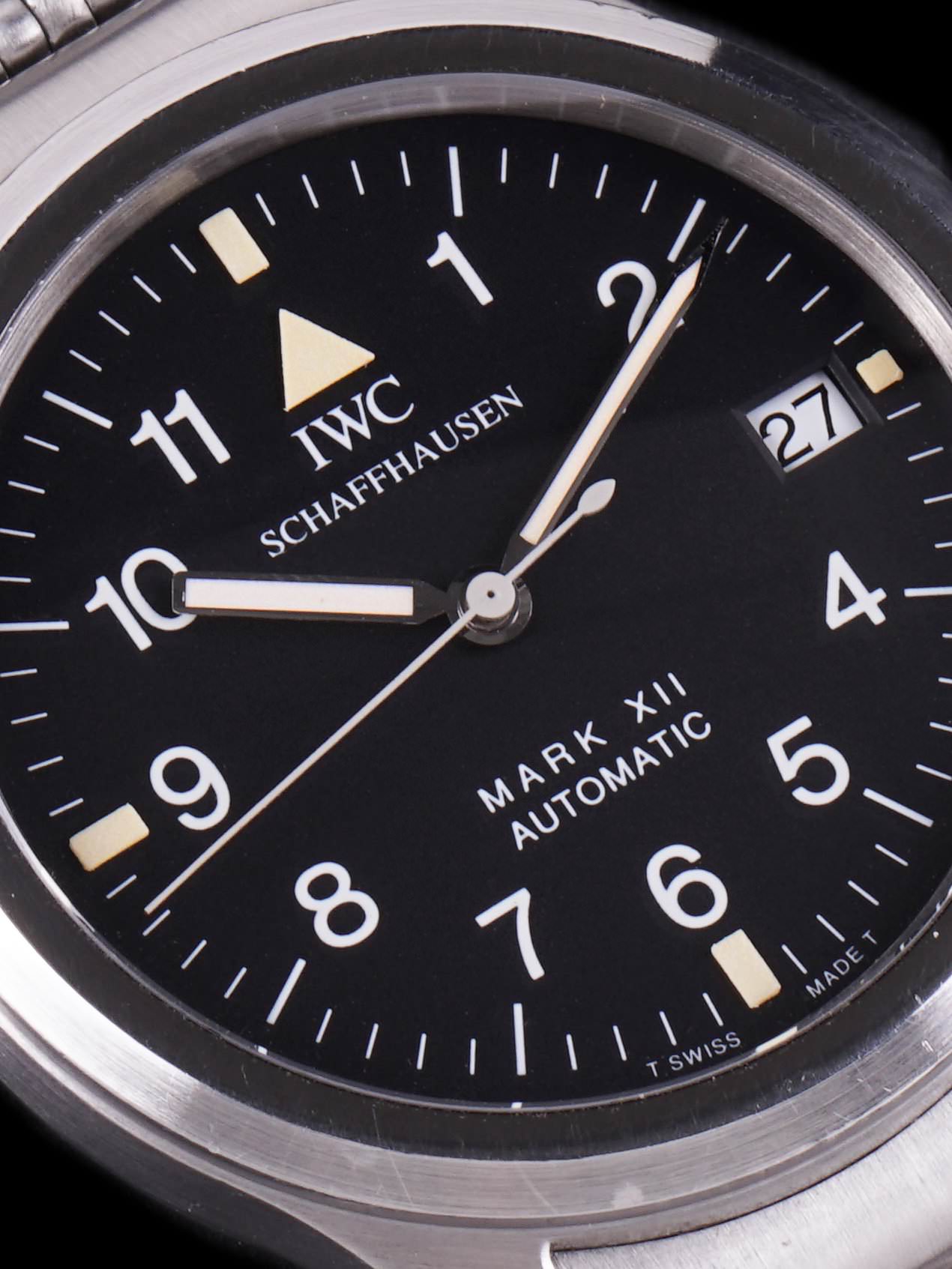 "What Is On My Wrist" Craft + Tailored

In the Craft + Tailored YouTube series “What Is On My Wrist”  C+T’s very own Cameron Barr discusses a prime IWC Mk XII example from 1993 and provides a brief historical overview of the IWC Mk reference range. Be sure to check out this episode many others by checking out the C+T youtube channel. Be sure to like comment and subscribe for the latest updates from the team here at Craft + Tailored

Though the Mk series is still very much alive in the form of the latest IWC Mk XVIII, many enthusiasts deem the collection’s technical and aesthetic peak to be the Mk XII, in which form and function work together harmoniously. At 36 mm across, the timepiece maintains the dimensions of the reference that started at all, but with modern touches like a sapphire crystal and date complication at the three o’clock position, the watch was made far more robust and practical for everyday use. Such updates were incorporated all while staying true to the Mk collection’s spirit of being “to-the-point” and extreme legibility, made possible thanks to the plainly visible markers and numerals, which were finished with applications of luminous tritium.

IWC could have very easily stopped there and had a smash hit of a watch on their hands, but as a result of their continual commitment to innovation, the Mk XII’s interior had to match the sophistication of its exterior. Upon removing the caseback of this titan of the 90’s tool watches, a soft iron shield is exposed, which protects the movement from harmful magnetic forces. Unsurprisingly, the movement beneath this shield is rather a state of the art as well, being a Cal. 884, which IWC based off the already impressive Cal. 889/2 from Jaeger LeCoultre. Factor in the screw-down crown which prevents water from entering the movement, plus the decidedly nostalgic mesh bracelet which secured the watch to the wrist, and you’ve got one hell of a rugged watch. 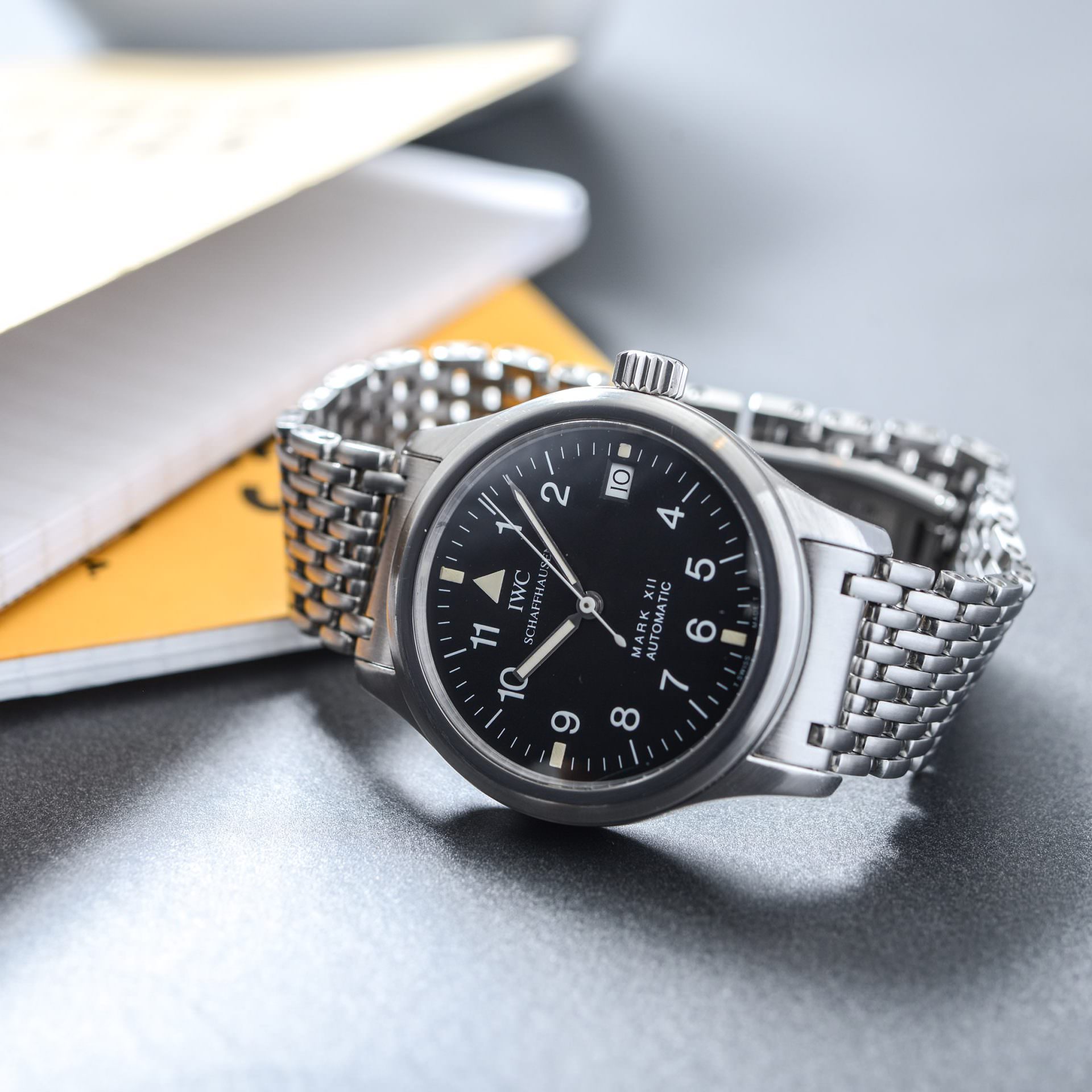 Looking back, the Mk XII definitely represents one of the greatest comebacks in watchmaking. The brand could’ve very easily flipped the script on the on collectors with a radically different reference to celebrate the Mk’s return, but with sincere respect for their heritage and all that the military accomplishments made possible using their timepieces, a tradition was adhered to. This just goes to show that sometimes the most pleasing of faces are the familiar ones, though a little modernization under the hood never hurts.