The Jaeger LeCoultre Reverso is Actually a Sports Watch

Say the words “sports watch” and most people will think of one of two types of timepieces. To the non-enthusiast, the term “sports watch” is likely synonymous with either a fitness tracker or some colorful plastic digital offering that they picked up from their local mall or sporting goods store.

For the horologically-inclined, those same words will conjure images of burly dive watches or chronographs – often fitted with highly legible dials and additional scales printed upon their bezels. Regardless of whether or not someone has an interest in watches, the timepiece that first comes to mind is almost certainly not going to be an elegant rectangular watch with Art Deco styling from the early 1930s – and that includes owners of the Jaeger LeCoultre Reverso, an iconic watch without doubt, but one that’s often misunderstood.

Purpose-Built for the Sport of Polo

As a manufacturer, Jaeger LeCoultre has a truly remarkable history, and the marque’s archives are packed full of significant watchmaking achievements. However, above all else, it is the Reverso that is most synonymous with Jaeger LeCoultre, a much beloved model with origins that date all the way back to the polo fields of India in the early 1930s.

While traveling during the winter of 1930-1931, Swiss businessman and watch enthusiast César de Trey attended a polo match in India held by a group of British army officers. During the match, one of the players broke the crystal on his watch and mentioned to Trey that he should try to create a wristwatch that was capable of surviving the rigors of polo.

The idea stuck with him and after returning to Switzerland, César de Trey brought his concept to Jacques-David LeCoultre, who owned the LeCoultre manufacturer that would ultimately supply the new watch with its movements. From here, French designer René-Alfred Chauvot was brought in to design the actual watch itself, and the company Jaeger S.A. was contracted to produce the cases for the new model.

The end product of their efforts was a highly innovative rectangular watch that consisted of a multi-component case which allowed the center portion containing the dial and movement to be rotated around inside an outer frame. By doing this, users could reposition their crystals to face inwards, entirely protecting them from harm and leaving only a solid metal caseback exposed to any potential scrapes and impacts. On March 4, 1931, patent application No. 712.868 was filed at the French Ministry of Trade and Industry for a watch that “can be slid in its support and completely turned over.” With the filing of this patent, one of the most innovative and novel wristwatches ever designed was officially born, and it was born specifically to satisfy the needs of sportsmen.

The idea that sports watches should exclusively look like rugged pieces of equipment is a relatively modern convention, and the further back you look into the history of the wristwatch, the more elegant the designs become. The Jaeger LeCoultre Reverso is a prime example of this as it first made an appearance more than two decades before the invention of the dive watch, and nearly 40 years before the world would receive its very first automatic chronograph.

The idea of owning multiple watches for different activities and occasions simply didn’t exist on a mainstream level when the Jaeger LeCoultre Reverso was born in 1931, and most people only owned one watch (if they were lucky), that they would wear every single day – regardless of their specific lifestyle or profession. The JLC Reverso’s ability to flip itself around to protect its crystal significantly increased its durability, and while it was originally designed for polo players, the Reverso was also marketed as the ideal wristwatch for military personnel due to its ability to withstand impacts.

With that in mind, despite being a purpose-built sports watch and one of the more rugged options available at the time, the Jaeger LeCoultre Reverso is also a downright beautiful timepiece that offers more elegant styling than many of today’s dress watches. Featuring an elongated rectangular case with three horizontal gadroons running across its top and bottom edges, the JLC Reverso is widely considered to be an Art Deco masterpiece, and its sophisticated styling allows it to effortlessly exist within incredibly formal of settings far-removed from the the polo fields it was designed for. 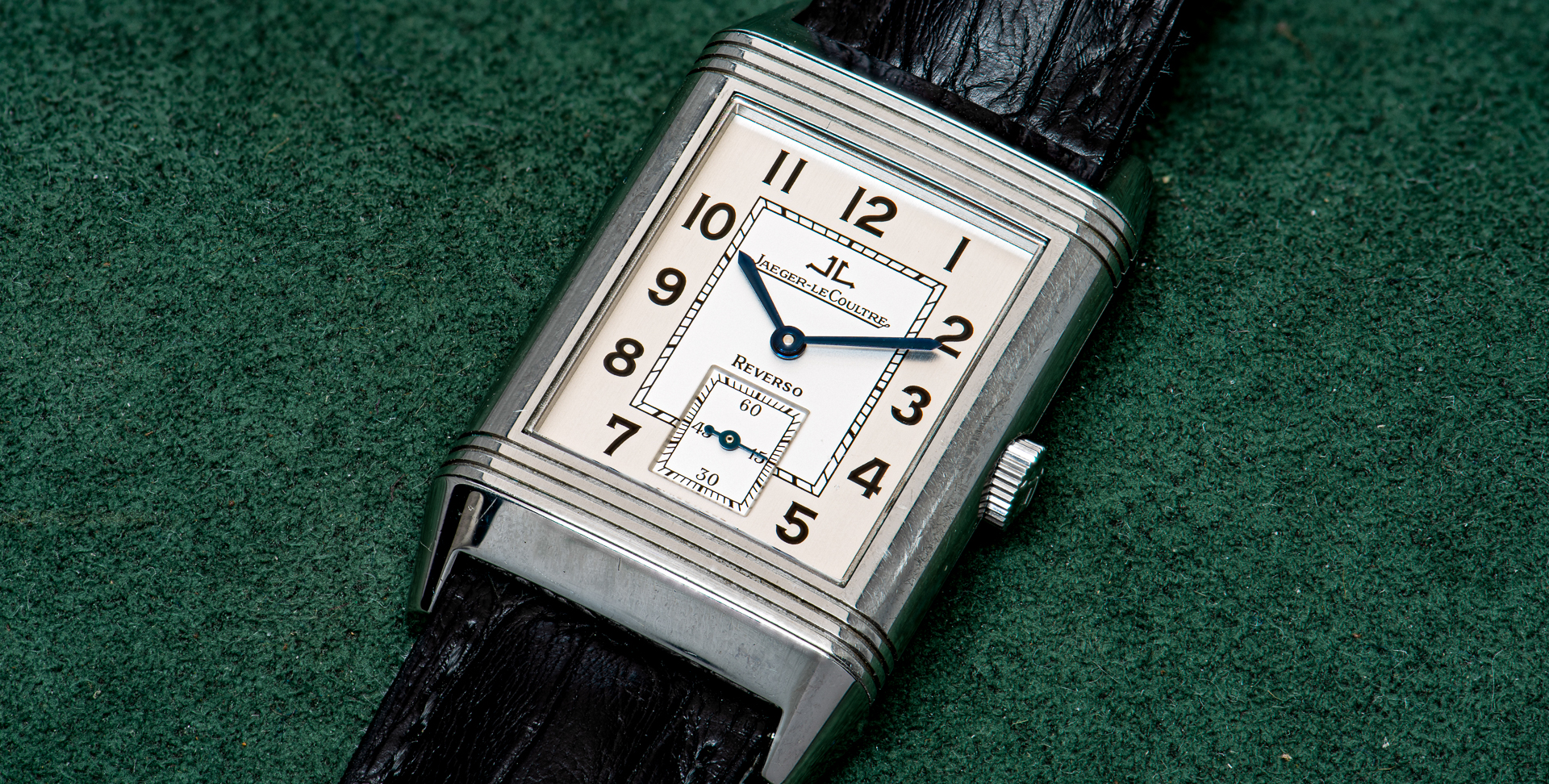 A Platform for Countless Variations

The Jaeger LeCoultre Reverso’s unique ability to invert itself and display its caseback makes it the perfect watch to adorn with traditional decorative embellishments such as ornate engravings, gem-setting, and even enamel portraits. Additionally, while the original Reverso specifically featured a solid metal caseback so that it could withstand impacts, Jaeger LeCoultre has since produced countless other variations of the Reverso that feature secondary dials on their reverse sides, with many models offering a variety of different elaborate complications.

To this day, Jaeger LeCoultre still produces a version of the Reverso that stays close to the brand’s original vision for the watch that is fitted with a simple time-only dial and unadorned stainless steel caseback. However, you are now equally likely to encounter one of the Duetto models with twin dials or one of the various Duoface references that can display two different time zones on each one of their faces, with some models even offering additional features such as moonphase displays or calendar complications.

As Jaeger LeCoultre’s single most famous watch, the Reverso has served as a highly versatile platform for some of the brand’s most exclusive and premium timepieces. While the addition of prestigious features such as intricate complications and breathtaking enamel portraits have helped expand the Reverso’s legacy into something far beyond just being a timepiece designed for polo players, it has also slightly obscured the model’s history of originally being a purpose-built sports watch. 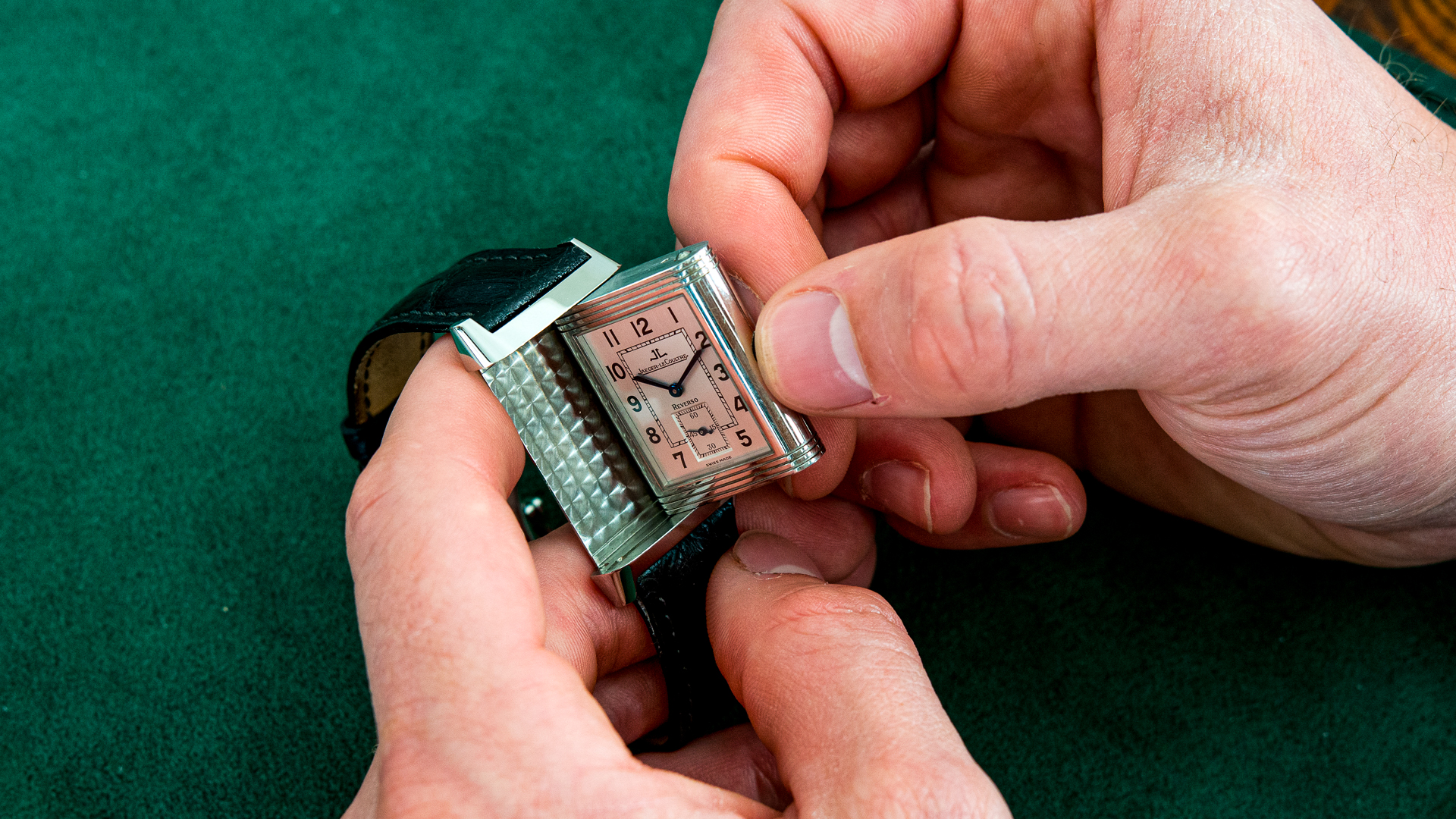 Is the JLC Reverso Still a Sports Watch?

These days, you are far more likely to see a Jaeger LeCoultre Reverso worn by someone in a suit than on the wrist of a polo player riding a horse. However, the simple fact that the JLC Reverso was specifically designed for the sport of polo categorically defines it as a sports watch, and the historic model has only become more durable and capable over the years, as it has gained more accurate movements and improved water resistance.

There are some people who believe that in order for a timepiece to be classified as a sports watch, it needs to be built for a specific sport (rather than just being a durable “tool watch”), and that it must also have additional features or design elements that make it particularly well-suited for use during its intended sport. The Jaeger LeCoultre Reverso even meets this more stringent criteria, as it was originally created specifically for polo players and its innovative reversible case is a feature intended to help it survive physical matches. Although its refined and sophisticated appearance is hardly what most people typically associate with sports watches, it’s undeniable that the JLC Reverso is, by all definitions, still very much a sports watch.

There are a number of other reasons why someone might object to the Reverso’s status as a sports watch. Some might take issue with its elegant styling, while others might feel that its minimal water resistance and lack of a screw-down crown are reasons why it should not be classified as a sports watch, and while in the contemporary context of a sports watch, these are valid. However, the watch’s aesthetics are irrelevant given that it is intended to be flipped around with the dial not visible during active use, and you and your horse have much bigger problems if you find yourself needing more than 30 meters of water-resistance during a polo match.

To say that a sports watch can’t also be beautiful is an absurd statement, and the Jaeger LeCoultre Reverso is proof that not all sports watches need to look like over-built divers or racing chronographs. In the same way that the Rolex Submariner was specifically designed to meet the needs of scuba divers, the JLC Reverso was specifically created for the sport of polo – it’s in its very DNA! Sure, most polo players aren’t wearing a Reverso anymore, but to that point, the number of Rolex Submariners that have seen water depths beyond those of the typical in-ground pool these days is scant. It’s about the spirit of the design and what these watches represent and express in the modern age that counts.