In many ways, the Tudor "Big Block" was superior to its bigger brother the Rolex Daytona. In this article, we provide a brief history and technical overview of the Tudor "Big Block" reference range of chronographs and talk about why the "Big Block" has been increasing in terms of collectability and desirability among the vintage collector community.

The Not So "Little" Brother Of The Rolex Daytona..

The Tudor “Big Block” chronographs were introduced in 1976 and were in production until 1995. The Tudor “Big Block” replaced the two register series of chronographs that were originally released by Tudor in 1970. Both the Tudor 2 register chronographs, along with Rolex’s Daytona, were manual wind chronographs whereas the “Big Blocks” leveraged an automatic movement which was a big advancement for the Tudor brand as it wasn’t until 1988 that Rolex offered an automatic version of the famous 3 register Daytona chronographs via the zenith based Rolex movements. Also unlike the Rolex Daytona, the Tudor chronographs featured date complications and in some references incorporated rotating bezels which granted a different style and ultimately a diverse technical application for the Tudor chronographs altogether while at the same time maintaining a lot of the same elements and components as the Rolex Daytona. 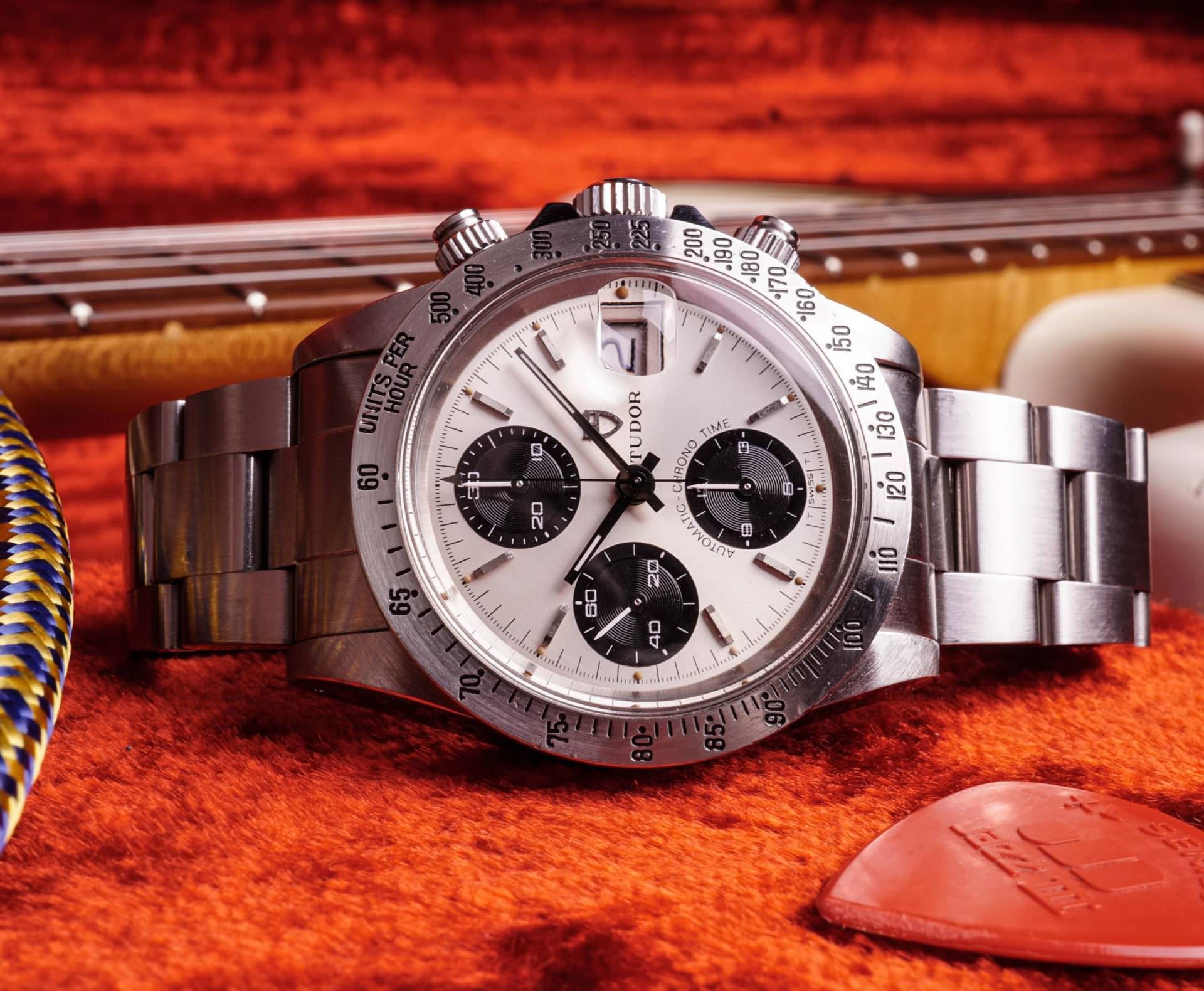 The “Big Block” nickname encompasses the Tudor Ref. 9400 and 79100 series of chronograph spanning a production period starting in 1978 and ending in 1995 when Tudor transitioned to the 79200 series of Tudor chronographs which possessed a case that was slimmer and more similar in style and feel of the case that Rolex was using for the automatic range of the Daytona. The “Big Block” nickname comes as a result of the noticeably thicker mid-case that Tudor designed and used to accommodate the much thicker automatic Tudor modified  Valjoux 7750 chronograph movement that powred both the Ref. 9400 and 79100 series of chronographs. The technical name and or Tudor classification of the entire “Big Block” reference range falls under Tudor’s Prince Oysterdate as the Tudor designation for a self winging reference is “Prince” similar to the Rolex”perpetual designation. Oyster of course refers to the case being waterproof in the same Rolex nomenclature, and well..date..  which is pretty self-explanatory meaning that the reference incorporates a date complication. If we really want to dive deep into the details here the “Big Blocks” were also known by the name “Automatic Chrono Time” referring to the text displayed above the 6 o’clock subdial. Generally speaking, the “Big Block” cases retained the general lines and look of the previous Tudor Chronograph range of watches which retained a trip lock crown and screw-down pushers but of course, were thicker to accommodate the automatic which earned them the nickname “Big Block” 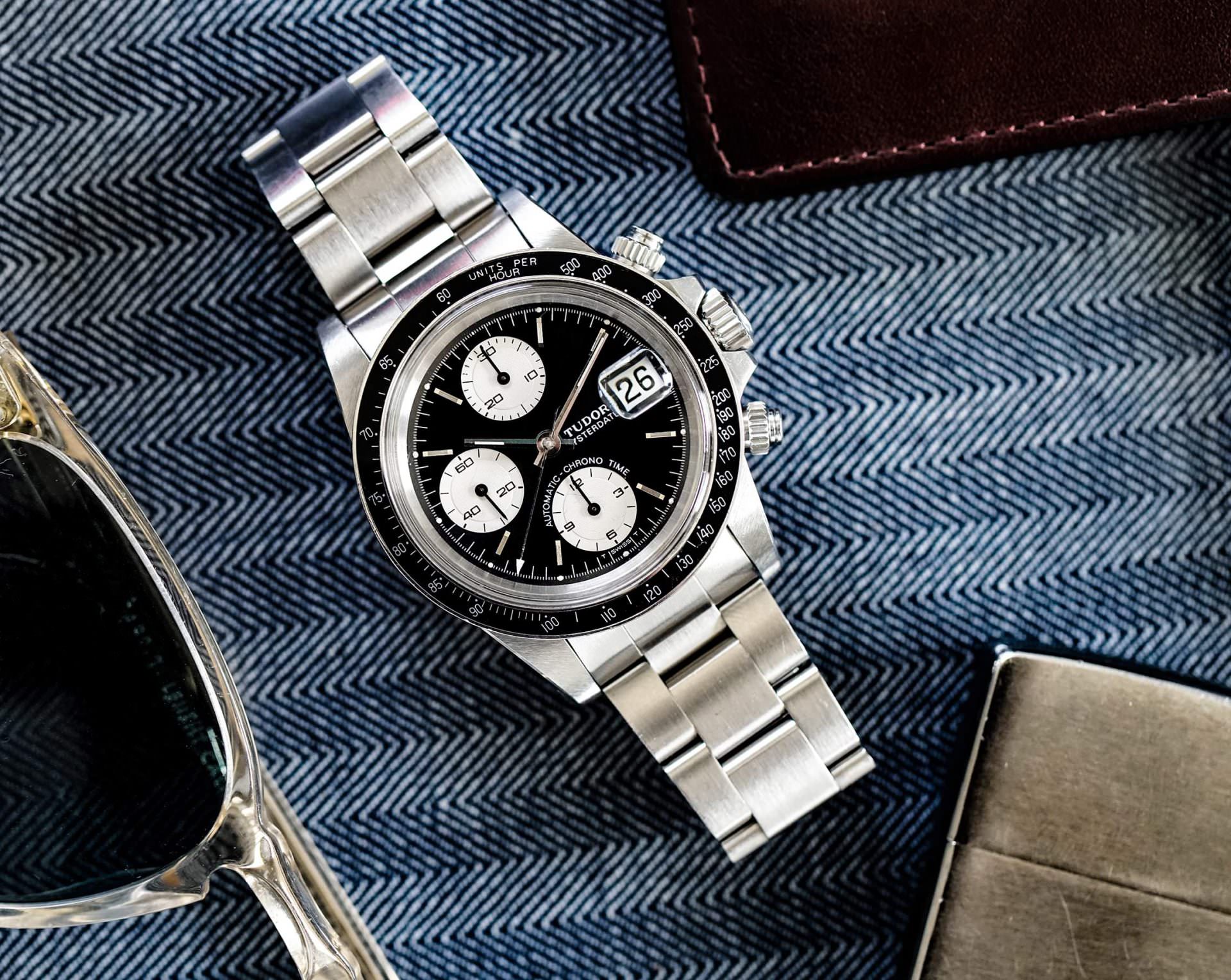 Much like the preceding generations of the manual wind Tudor chronographs, the 9400 and 79100 series consisted of three references within the range itself that distinguished themselves by the type of bezel fitted to the case. Additionally there are a few different dial variants but for simplicity’s sake we will just discuss the common dial and case configurations without diving too deep into the “Big Block” outliers.

Different dial variations were available under the same reference number. Most commonly light or dark dials were offered that were very similar to the style and format that are seen in the Rolex Daytona. The more commonly seen dials were either silver with black sub-dials or black with silver subdials. But specifically in the earlier  79100 reference range, eye-catching and unique dials were offered sometimes called “Exotic” by collectors which also received the nickname “Monte Carlo” in a similar fashion to the exotic dial s offered in the previously offered manually wound Tudor chronographs.

The Tudor “Big Block” case diameter is 40mm wide and 14.5mm thick. The “Big Block” came with Rolex and then later Tudor signed oyster bracelets with a non flip-lock clasp in typical Rolex Daytona “like” fashion. The case of both the 94000 and 79100 series watches came fitted with Rolex 7mm triplock crowns and Rolex Daytona screw-down pushers. Of course as mentioned above there were 3 main bezel configurations with the steel and black acrylic bezel being the most common and the outer rotating bezel being the most unique and also harder to find an option within the reference range as a whole. 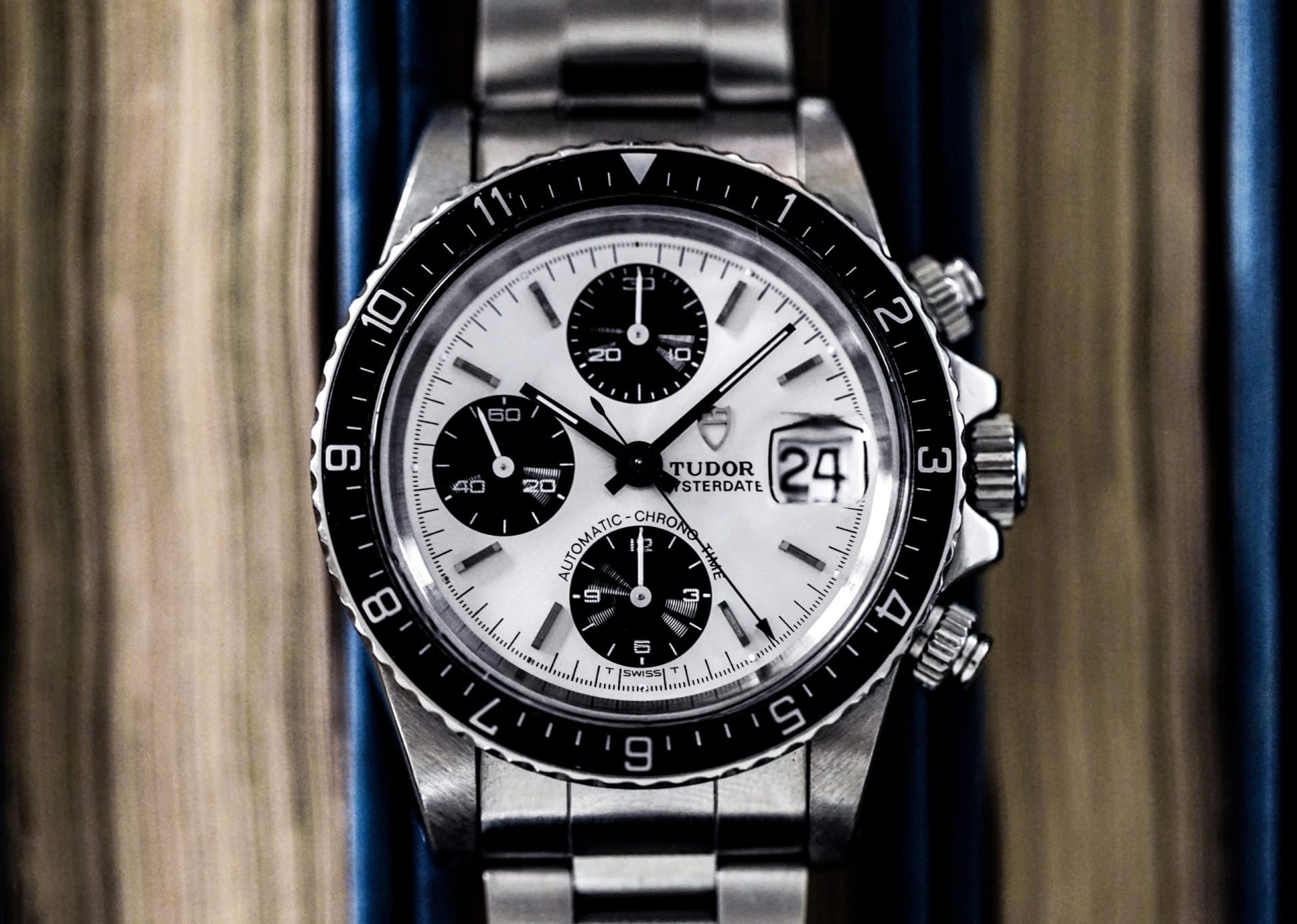 The Tudor “Big Block” reference range as a whole has seen an increase in popularity over the past few years and I don’t think that will slow down anytime soon. There is that saying that a rising tide lifts all boats and the vintage Rolex Daytona market has seen massive growth over the past few years and as a result there has been more attention towards the Tudor “Big Block” references. There is no doubt about it that the Tudor “Big Block” or Tudor “Automatic Chrono Time” is very much similar to the vintage Rolex screw down Daytona’s but of course they are much less expensive in price and ultimately different in form factor. The subtle variants, the larger case, and exotic dials are ultimately what makes the “Big Block” so cool and this is ultimately what will yield a long term favorability among the vintage watch collecting community. Even though the “Big Block” references are Daytona-esque they really define a range of watches that stand on their own which is ultimately what makes them collectible and worthy of time on the wrist.