Suppose that a ship is docked in a harbor and as the years go by, the various parts age and are replaced by new ones. After a century of ongoing maintenance and repairs, every single component has been replaced. So, is it still the same ship? 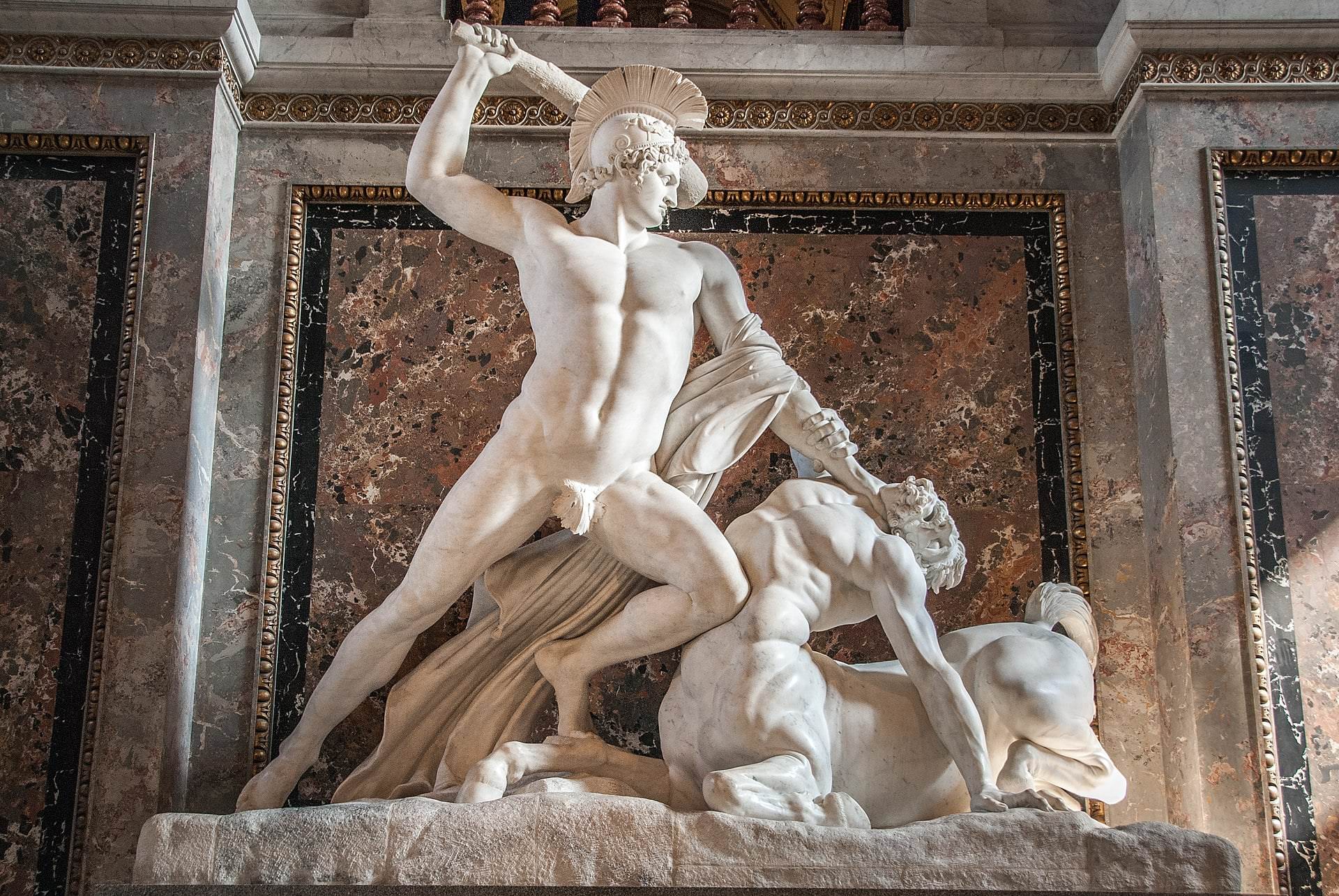 Theseus Defeats the Centaur by Antonio Canova Are you going to question this guy about the identity of his ship?

In the classic example told by Plutarch, it is specifically Theseus’s ship that gets docked in the harbor (yes, the same Theseus from Greek mythology). Today, this question has become a philosophical thought experiment known as the “Ship of Theseus” or “Theseus’s Paradox” that raises the question as to whether or not an object that has had all of its components replaced still remains fundamentally the same object.

Variations of this concept exist in countless countries and cultures throughout the world, but all of them share the same underlying question at the heart of the exercise. In regards to the world of vintage watches, Theseus’s Paradox can often take on an additional level of complexity. Case in point: the “WatchCo” Omega Seamaster 300. 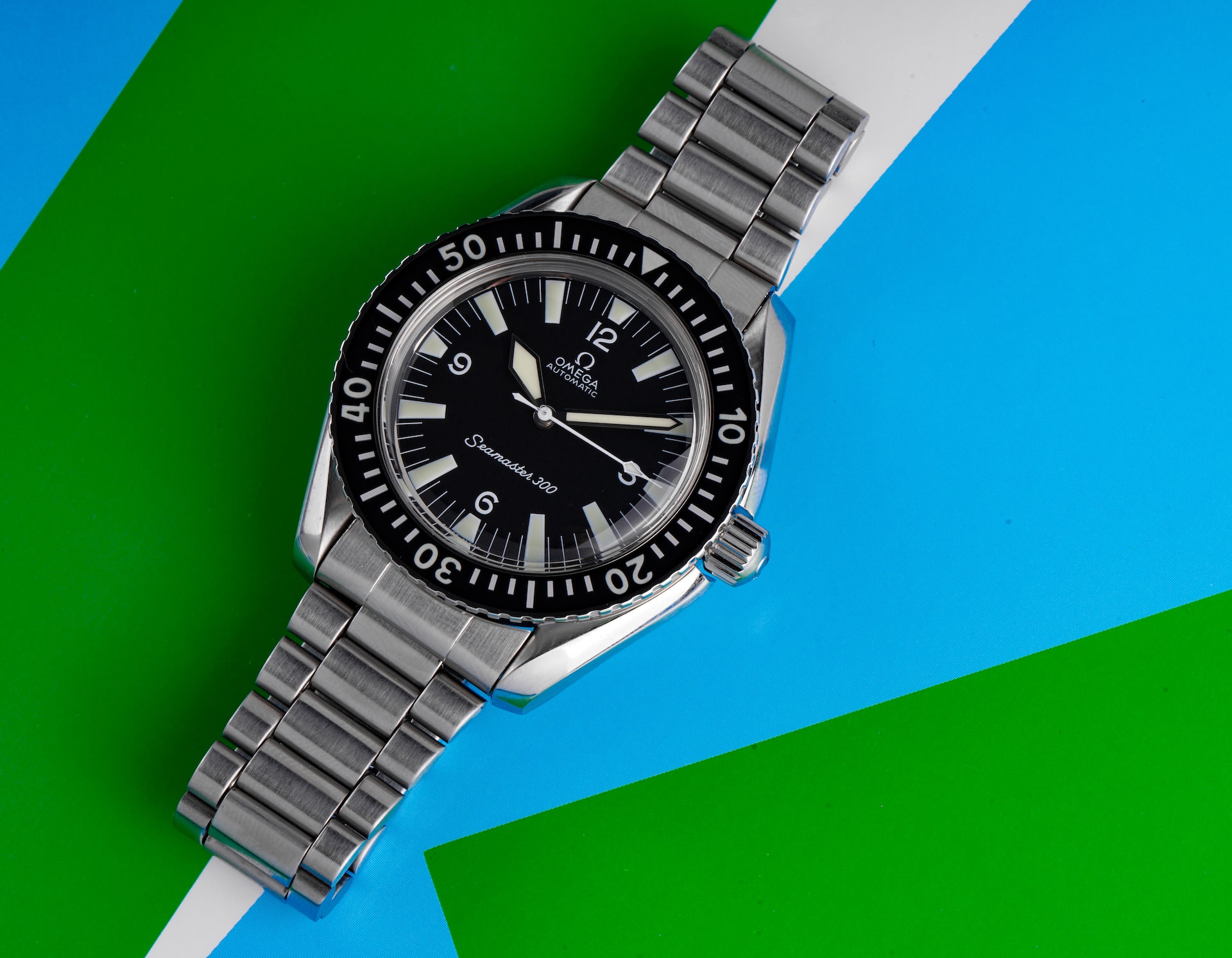 What is the Omega Seamaster 300 WatchCo?

With that in mind, not all of the Seamaster 300 watches out there are actually vintage models that were originally sold at Omega retailers more than half a century ago. In fact, some were produced only a handful of years ago, and while they consist of 100% genuine Omega components, it was never actually Omega that assembled them

WatchCo was an Australia-based national distributor and authorized service facility for Omega. Due to having access to a large stockpile of genuine NOS (New Old Stock) vintage Omega movements, along with the ability to place orders for modern service replacement parts directly from Omega, WatchCo began assembling complete Seamaster 300 watches sometime around the late 1990s or early 2000s.

The movements used in the WatchCo Seamaster 300 watches were period-correct and were either NOS examples or donor movements from other vintage Omega models. However, the cases, dials, bezels, hands, crystals, crowns, and bracelets were all typically genuine Omega service parts. In addition to being essentially vintage components without the decades of wear and tear, these service replacement parts also benefited from certain modern updates such as glowing Super-LumiNova rather than aged tritium like you would find on a true vintage Omega Seamaster dial. 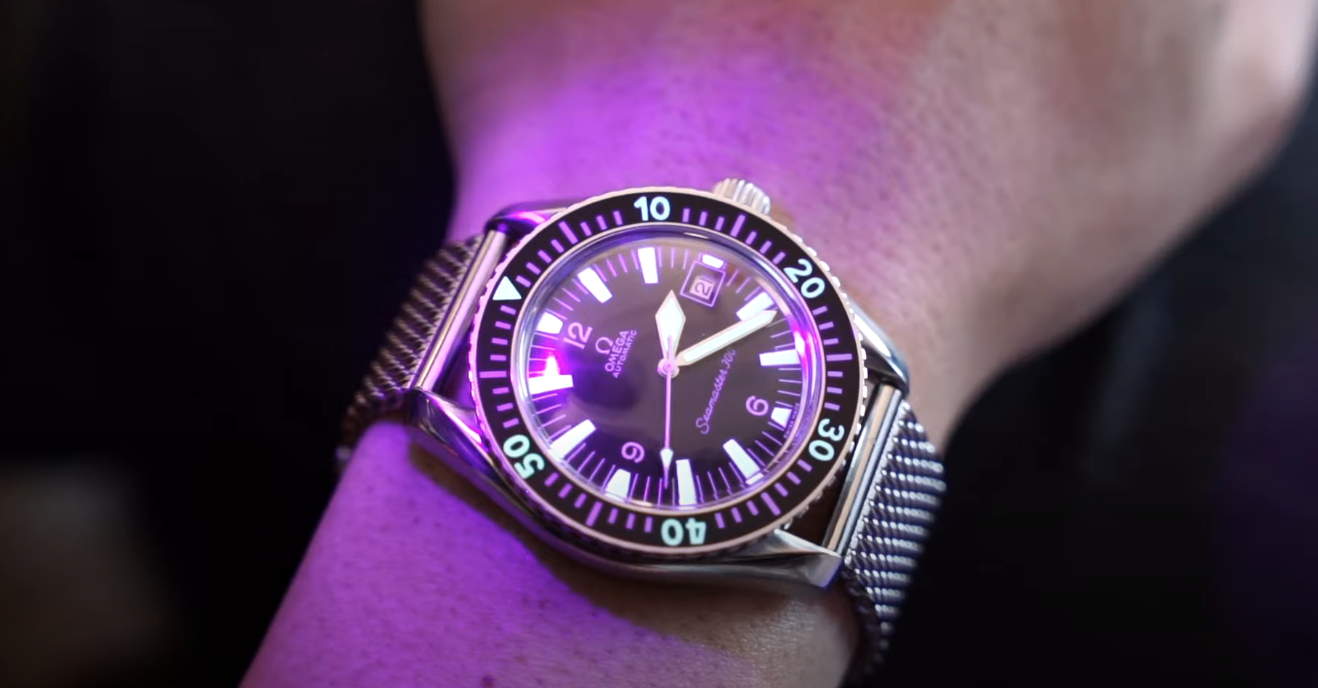 As you can imagine, Omega was not thrilled with WatchCo producing complete Seamaster 300 watches, and the company has since changed its policies regarding the supply of parts to prevent third parties from assembling complete timepieces. Additionally, while Omega now keeps a much tighter control on its parts and WatchCo no longer exists as the same company it once did, the previous availability of service components meant that up until just several years ago, it was possible to track down all of the parts necessary to put together your own “WatchCo” Seamaster 300 – and many people did just that.

Today, the “WatchCo” name is frequently used to describe Seamaster 300 watches assembled with genuine Omega service parts, regardless of whether or not the former Australian distributor was actually the one to originally assemble them. Furthermore, due to being assembled from service components, it is not uncommon to come across examples of the Omega Seamaster 300 “WatchCo” in both date and no-date formats, and fitted with parts that have slight variations in the shade of luminescent material used on them.

It might be easy to mistakenly classify the WatchCo Seamaster 300 as just another Frankenwatch, but there is one key detail that separates them. A “Frankenwatch” is typically a hodge-podge mix of compatible parts, often taken from numerous different models (or even brands). The WatchCo Seamaster 300 is constructed from components that are 100% correct for the watch. While they do feature modern service replacement parts, every single component of the WatchCo variant is both genuine and correct for the actual Omega Seamaster 300.

Things get even more murky from here because these modern service replacement parts are the exact same ones that Omega uses to repair Seamaster 300 watches that get overhauled by its global service centers. Should you own a vintage Seamaster 300 from the 1960s or 1970s and then severely damage it, the watch you will receive back from Omega will be fitted with the same modern service replacement parts as the WatchCo Seamaster 300, complete with parts that have glowing Super-LumiNova in place of burnt-out tritium.

Is it still Theseus’s ship once all of its parts have been replaced? Greater minds have tried to answer this question for centuries and it is not a rabbit hole that we will go down here. However, when you really think about it, a WatchCo Seamaster 300 isn’t like the Ship of Theseus at all. If anything, it is actually almost the opposite. It is essentially the same thing as if an entire second ship was assembled from components that Theseus himself had created; however the assembly of the ship was not actually carried out by Theseus.

While they lack the patina and character found on the original models from the 1960s and 1970s, the WatchCo Seamaster 300 is essentially a modern-day recreation of one of the most famous vintage dive watches of all time. Short of stepping into a time machine, the WatchCo Seamaster 300 is about as close as you will get to strapping on a brand-new example of this historic model from the golden era of Omega tool watches.

At the end of the day, a WatchCo Seamaster 300 is not actually a vintage watch and as a result of this, it will never be valued quite the same as its true vintage counterparts from the 1960s and 1970s. In addition to actually being assembled at the Omega factory, the vintage examples offer a one-of-a-kind history that cannot be replicated without existing for over half a century.

With that in mind, not being a vintage watch does come with a few benefits. It may never be a true vintage Seamaster 300, but without the worries of potentially damaging irreplaceable vintage components, you are free to swim, dive, and enjoy your WatchCo Seamaster 300 just like how it was intended to be used, way back in the 1960s when Omega first designed it.

Previous Post The Deep, Dark Details of the Rolex Explorer II
Next Post Rolex and Golf: “A Partnership Built Over Time”