Every photographer’s lens captures something inherently unique. Even now with digital editing doing so much of the heavy lifting, a good photographer has to have a fundamental gaze that appeals to many – and the really good ones need to capture images that accentuate the very things that make a subject worthy of being photographed in the first place.

Perraud’s been tapped by major brands like Nike, Adidas, Glenfiddich, and The North Face for his remarkable lifestyle photography. However, Perraud’s true passion as a photographer is the analog side of the photography world and shooting vintage cars on film in particular, and he has had the good fortune to have his love of the Porsche marque intersect with his professional life frequently in recent years. Most recently, Porsche (along with TAG Heuer) invited Perraud to the Lapland region of Finland to participate in and shoot the unveiling of a new limited edition collaborative Carrera chronograph model, the ref.CBN2A1H.FC6512. The event found Perraud and high profile Porsche brand ambassadors, like Patrick Dempsey, ripping hot laps in the Finnish darkness and Porsche’s finest modern creations through their paces on an ice course. Nice work, if you can get it, no? 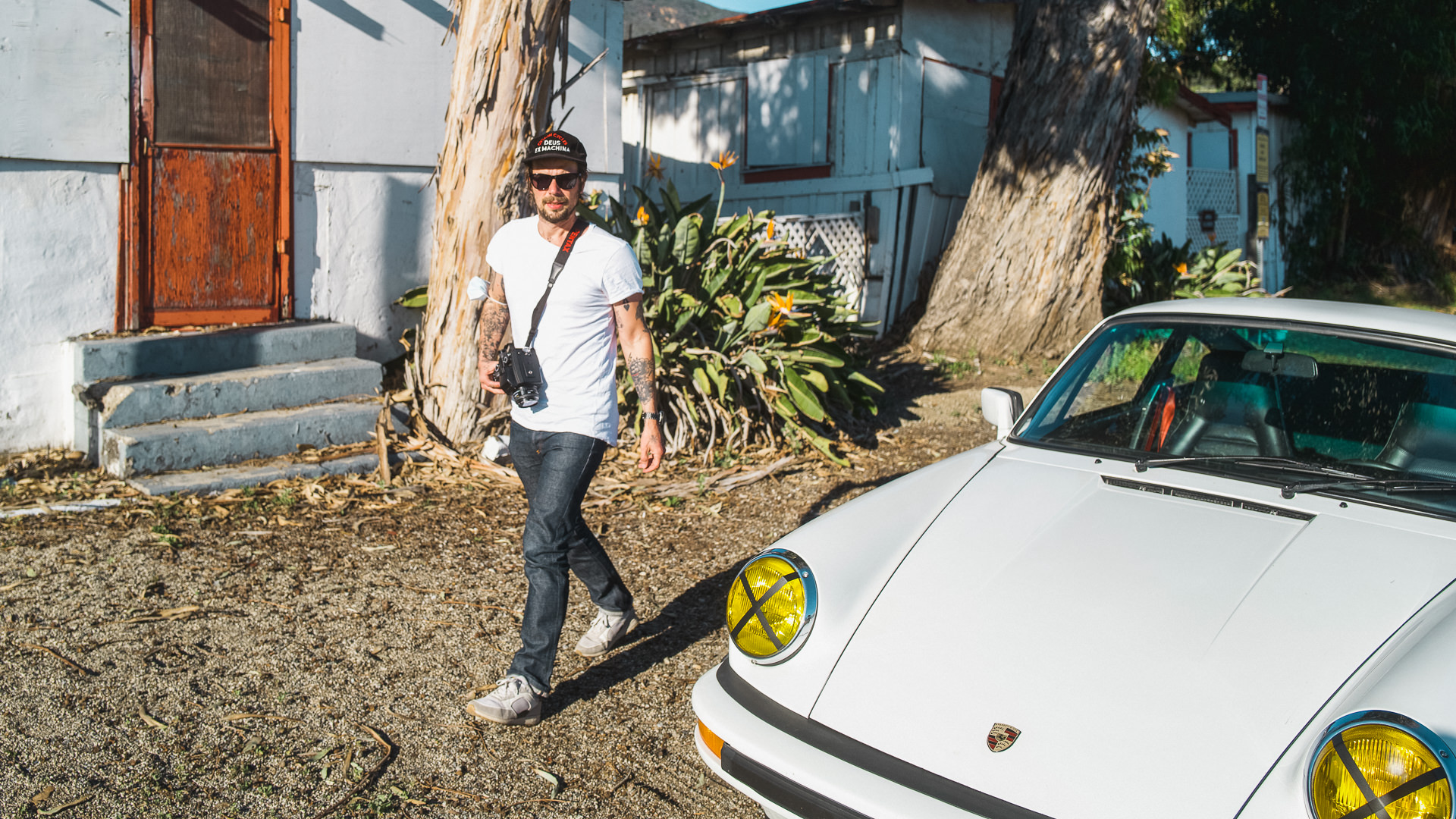 The last time Perraud was in California, he met up with the C + T team for a day of driving and shooting film around Los Angeles. The photos speak for themselves, but there’s a tangible feeling of joy to Perraud’s work that’s difficult to pinpoint, but creates a sense of longing in his work that we simply can’t get enough of. In the following interview, we explore Perraud’s beginnings shooting extreme sports, his love of Porsche, and get inside his philosophy as a photographer with an eye for the charms of the past. 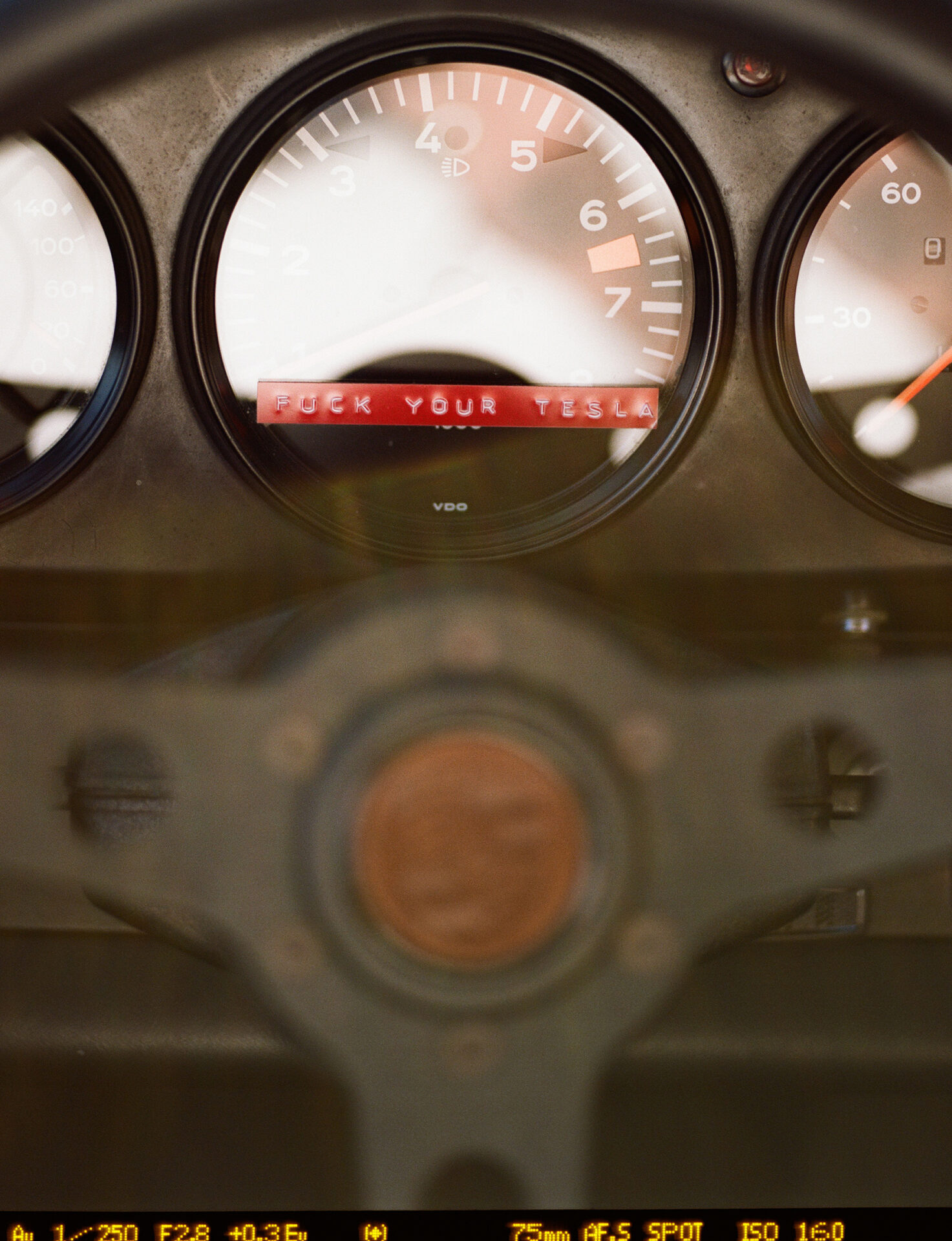 How did you get your start in photography?

VP: I’ve been doing photography for about 20 years – it’s starting to feel like a long time! I started shooting underground extreme sports like BMX and skateboarding and, over the years, I started getting into shooting motorcycles and cars and lifestyle stuff. Now, my work is a big mix between culture, automotive, sports, and fashion. It’s all mixed up now, which is good.

How did shooting extreme sports prepare you for shooting automotive subjects? You do a lot of work surrounding Porsche specifically. Is there any correlation there?

VP: I mean, after shooting skateboarders and BMX riders doing tricks in the street, you’re ready for anything to happen. You’re always on guard in rough neighborhoods when you’re shooting stuff like that. After learning how to shoot that stuff, shooting anything else really gets easier. When you’re skateboarding in the streets, you have to deal with people and security and everything, so shooting cars is easy after because most of the time you’re in a parking lot and that’s that. Shooting cars is something I love and really started after I was given the opportunity to shoot a white 911; all of a sudden, people started noticing my work and it became something I did a lot. The great thing is that when you shoot a car, you usually get to drive the car too, and it’s so much fun to drive the kinds of cars I usually shoot. 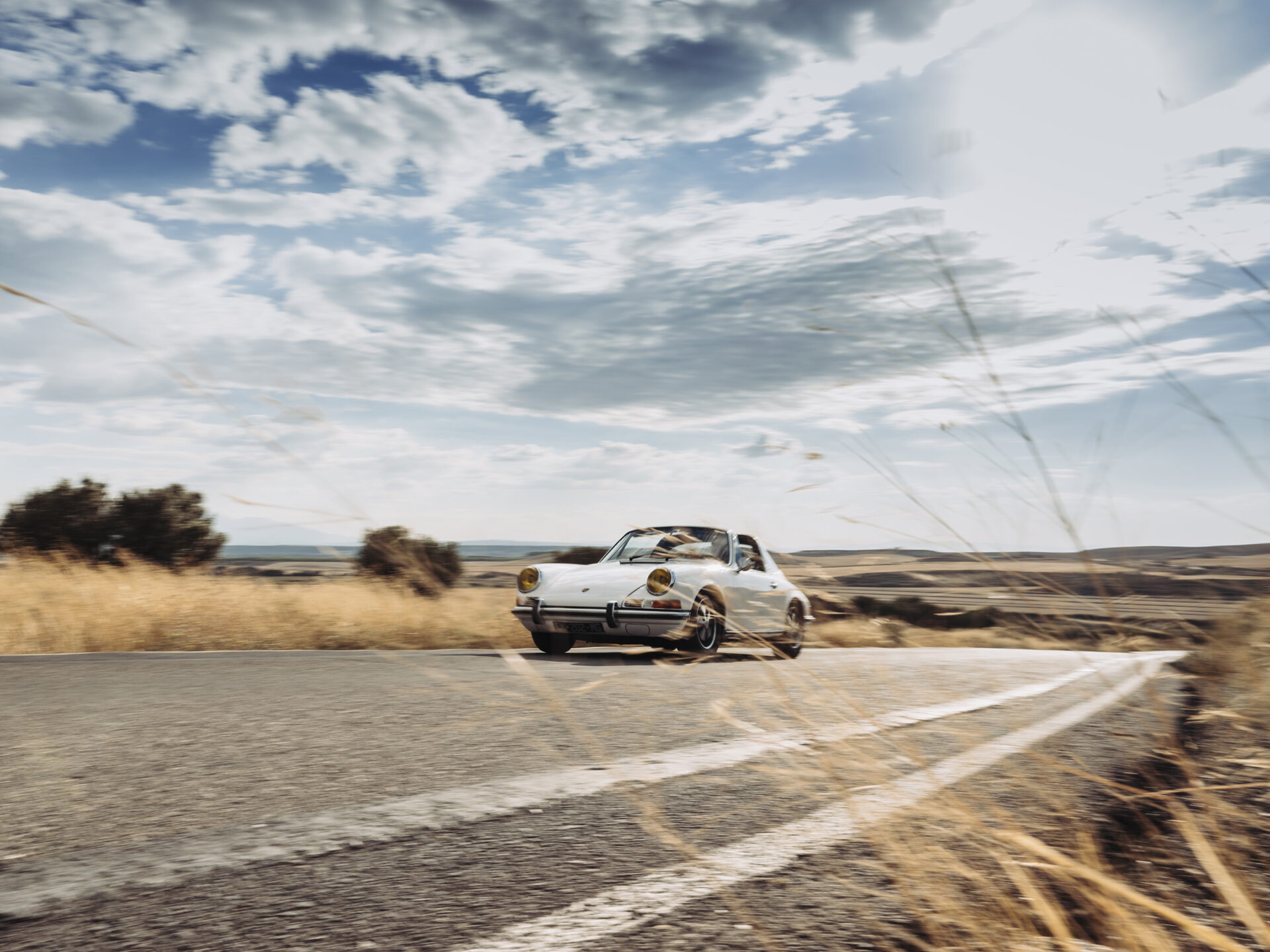 How does the Porsche marque play a role in your work, but also in your life as an enthusiast and owner?

VP: I think every guy in the world when they’re a kid – especially if you watch F1 on TV – gets into cars a bit – even if you don’t really realize it. First, I wasn’t that into cars as a photographer, but there is something about the 911 that makes it so cool to shoot over and over again. It’s lovely, it’s different, but it’s timeless and its lines make it such a good subject to shoot. And then when you start driving them, you can’t help but love them because they’re such fun cars to drive.

After I shot my first 911, a lot of people got in touch with me and it was a lot of “If you want, I have this cool car and I can give it to you for five days and you can do what you want with it!” So it was a cool scene and interesting, so I did a lot of shooting that way. Some of my early car shoots ended up being in places like South Africa, Miami, California, so after that, I felt like I really needed to get my own car. Shooting them gave me the need for one and it happened very quickly after I dipped my toe into that world.

So after falling in love with the brand, what car did you wind up with?

VP: My first Porsche was a 944 Turbo, which I still have. But for the past five years, I’ve been working on a 1968 912; it’s a cool car, but there’s always something going on with it. It was in restoration in Portugal for two years and I still have ignition problems, so it’s an endless struggle and there’s always small stuff to work on. But I love it. 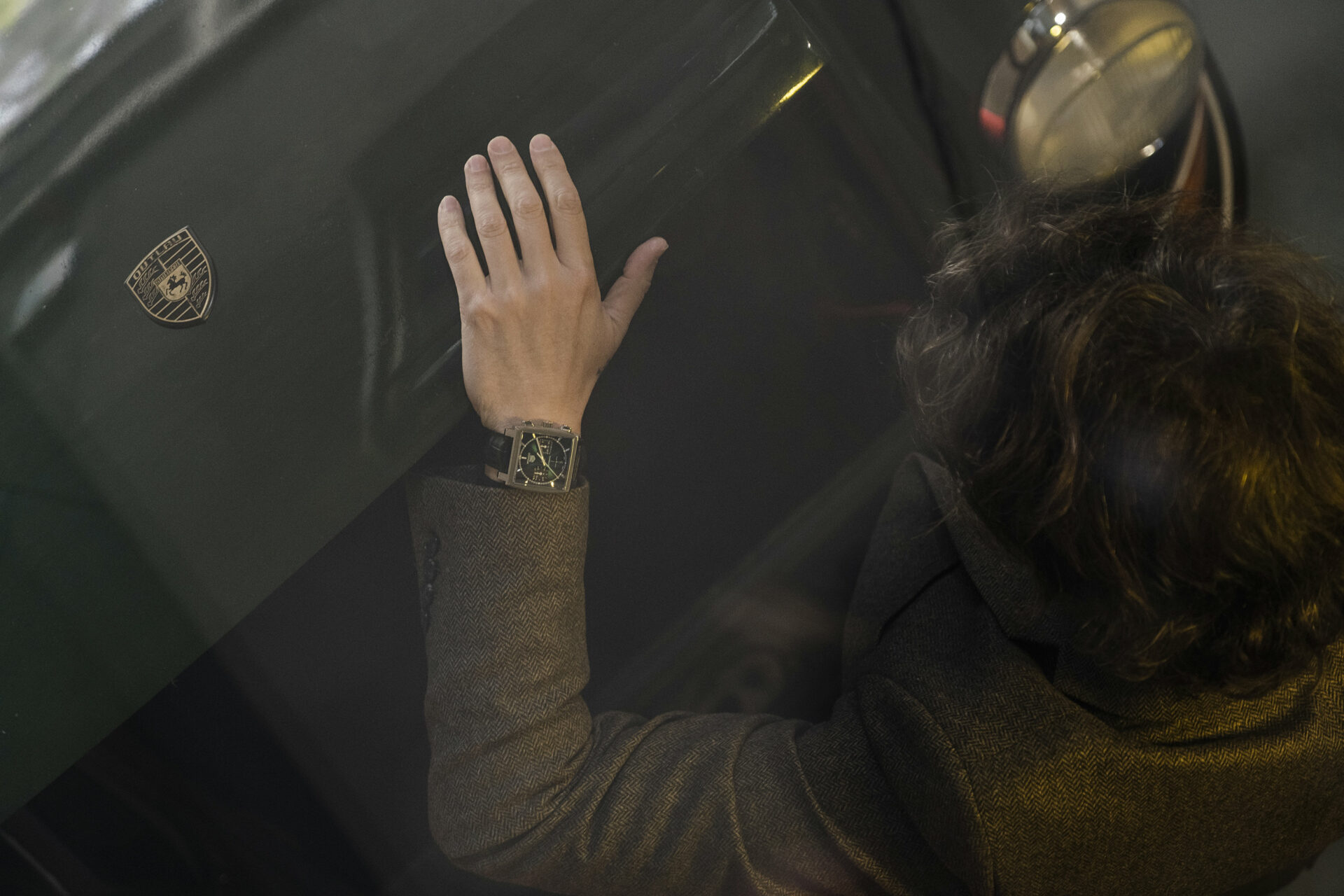 One thing I love about the Porsche world is that there is a real sense of community to it and these cars bring people together in a unique way. Could you tell me about your experiences in that community?

VP: At first, coming from the underground sports world, I was thinking that Porsche was reserved for rich people and very fancy, but then, you start to realize that there are really cool guys in that world that don’t really care about a brand new perfect car with matching parts and all that. It’s similar to the BMX world, but with outlaw cars. You don’t need a perfect car, you’re supposed to really drive it. These guys are happy to hang out getting a beer at the liquor store or gas station – so I feel like it’s the same kind of scene in it being relaxed.

The social network plays a huge role in my work too because sometimes I’ll show up in a city and snap a car and all of a sudden, people are like “This is this guy’s car, you should get in touch with him” and it’s easy to meet up and then go for a drive with people. The community, between social media and the network, makes life so much easier and I meet so many cool people through that. I feel like five years ago, people were super receptive to my work and it’s been really nice since then.

You work professionally with some premier brands, but they often seem to hire you to shoot the things you like to shoot for your own enjoyment. Do you have a hard time reconciling those worlds ever?

VP: To be honest, not really! I try to do everything I do with passion and I don’t really have any weird requests or requests to shoot things in a specific way now. Even the big brands hire me because they love what I do, so they’re more like “do your thing, we like your vibes.” Obviously there’s guidelines, but it’s not really a job. For a photographer, to develop your own style – and I don’t think I have such a unique style – but I do try to go in a certain direction with each shoot and I’m lucky that these brands respect that direction and there’s not much pressure. So it’s crazy cool and it feels like you never really work. I really enjoy it. And I keep working and digging to improve and I try new stuff all the time, but I’m fortunate and proud that people recognize what I do and like it enough to hire me for it. 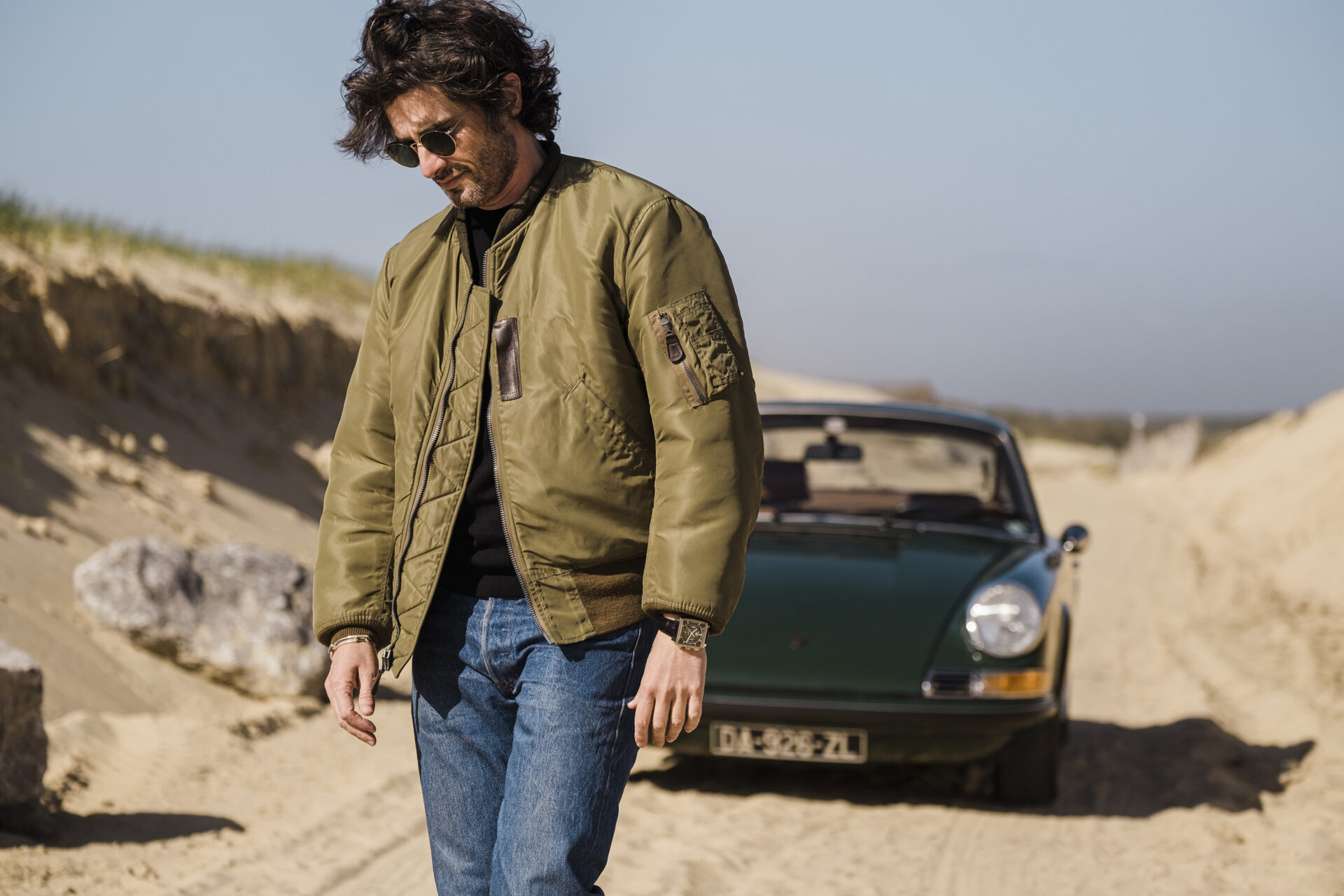 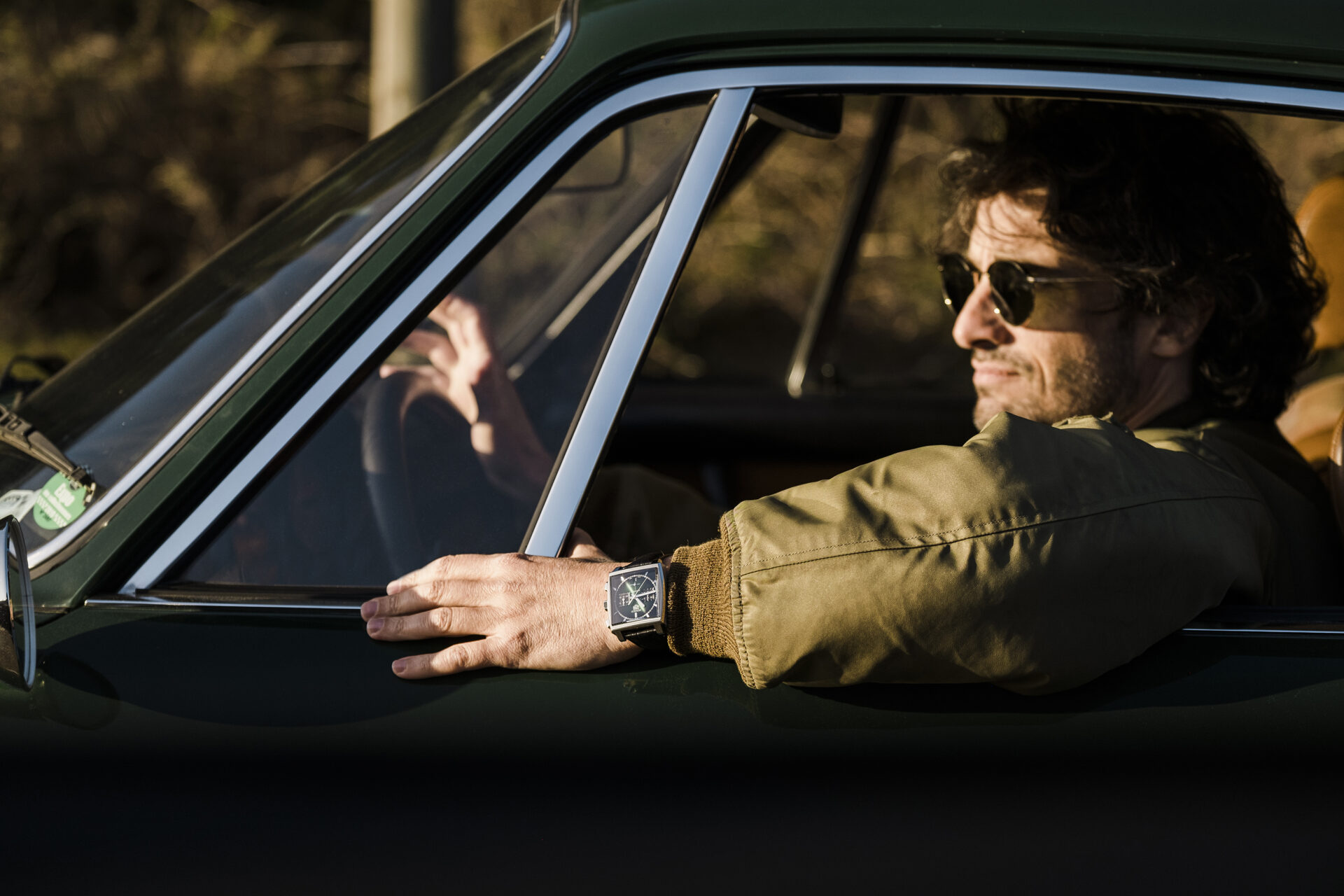 You shoot on film often. Why do you prefer an analog approach when you have the time to shoot things that way?

VP: Because those photos are not too sharp! The quality with digital is so crisp and perfect and you have so much control, it’s almost too clean. With analog, you get grain and when you shoot a vintage car, you want a vintage feeling. Digital shots of vintage cars can feel kind of fake to me. When you shoot film, it feels real and you get a real product out of it and I think it shows the cars more respect in a way.

VP: That’s a hard question because you can spend your whole day on Instagram because there is so much going on and you can always find something, but it’s a love/hate relationship because sometimes it’s just too much. But for my work, it’s so easy to find a car on the other side of the world to shoot and you meet people easily through it. And for example, sometimes you meet up with influencers and they’re constantly on their phone and I just don’t want to be like that myself. When I shoot analog, it’s boom: one frame, and then you have to wait a week to get the result. But you’re going to post the photo on Instagram, so in the end, it’s the same shit! But I think it’s a huge thing for the business of photography in general. 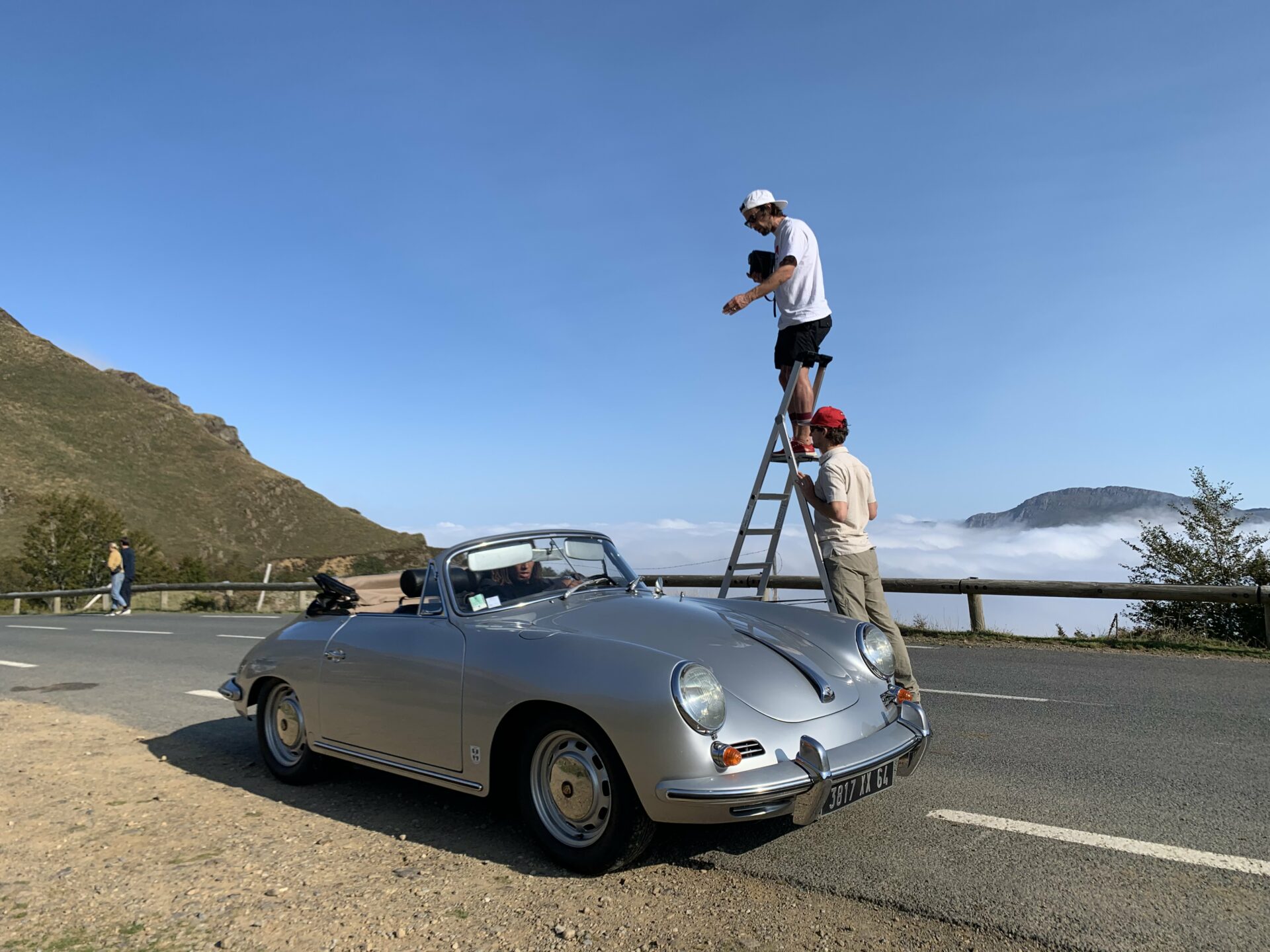 It seems like you have a really special relationship with California’s car culture. What is it about California and its car culture that brings out the best in your photography?

VP: I think California for car stuff, the scene is big and everything happens there and everyone there is so nice. Winter time in France, I look out the window and it’s raining, but you check the weather in California at the same time and it’s perfect weather and the roads are perfect for these kinds of cars, too. It’s hard not to like California.

What projects are you working on right now that you’re excited about?

VP: Last week I was on a Tag Heuer project with Porsche in Lapland in Finland and that was a really, really cool project! It was insane to be invited by Tag Heuer and Porsche to drive their cars on ice and to release a new watch, a new Carrera model. It was so cool and the people involved were very fun, and I got some really great photos! They had all of the new 992s, the Taycans, the Cayman GT4 – so we got to drive the whole Porsche collection on ice. It was too much fun! 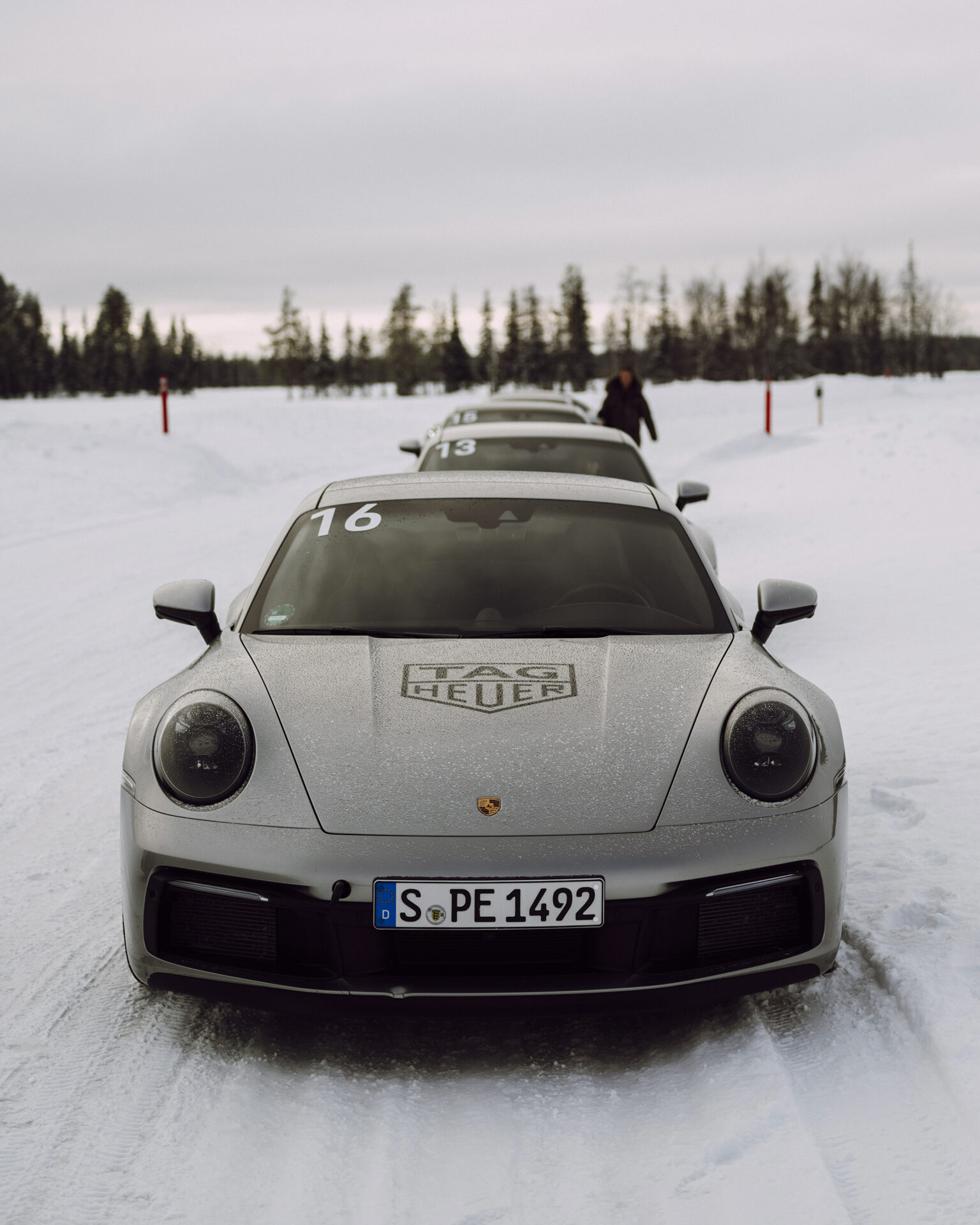