When the Audemars Piguet Royal Oak made its debut at Basel Fair in 1972 it was controversial for its design, size, material and price. Despite this rocky start, the Royal Oak has become Audemars Piguet’s most recognizable model and has had a lasting impact on the watch industry as whole, helping to cement the prevalence of the stainless steel sports watch.

In the early 1970s, as many luxury watchmakers were unsure how to respond to the quartz crisis, Georges Golay the director Audemars Piguet decided the answer was to introduce something totally new.  To accomplish this, Golay enlisted Gerald Genta to design what he hoped would be an ‘unprecedented’ steel watch. Genta is responsible for creating some of the most iconic and collectable wrist watches, having already created successful watches for Universal Genève, Omega, and Patek Philippe. He later stated that the Royal Oak was the ‘masterpiece of his career.’ 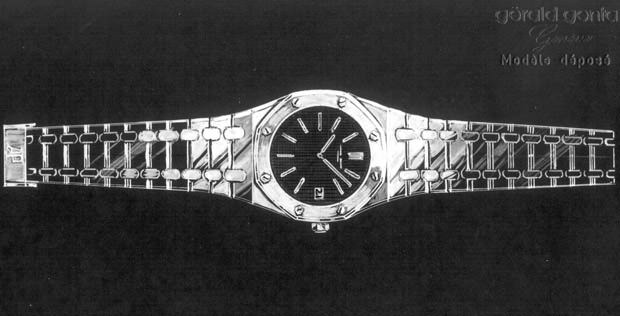 Genta’s design that would become the Royal Oak reference 5402 was inspired by a traditional divers helmet and featured an octagonal bezel fitted with 8 hexagonal screws. At the time the 39 millimeter case was considered huge but despite the raised bezel, the watch measured only seven millimeters thick making it very slim for an automatic sports watch even by todays watchmaking standards. Both the tapisserie design of the dial and the integrated bracelet were somewhat complex to manufacture.  The engine turned dial is made up of tiny embossed squares, giving it a three dimensional look.  The bracelet is made up of tapered links, each one fastened to the next by two smaller vertical links, and is meant to easily conform to the wrist for extra comfort.  The first prototypes of the watch were made in white gold because it was easier to work with than the high-grade steel that would ultimately be used to produce the watch. 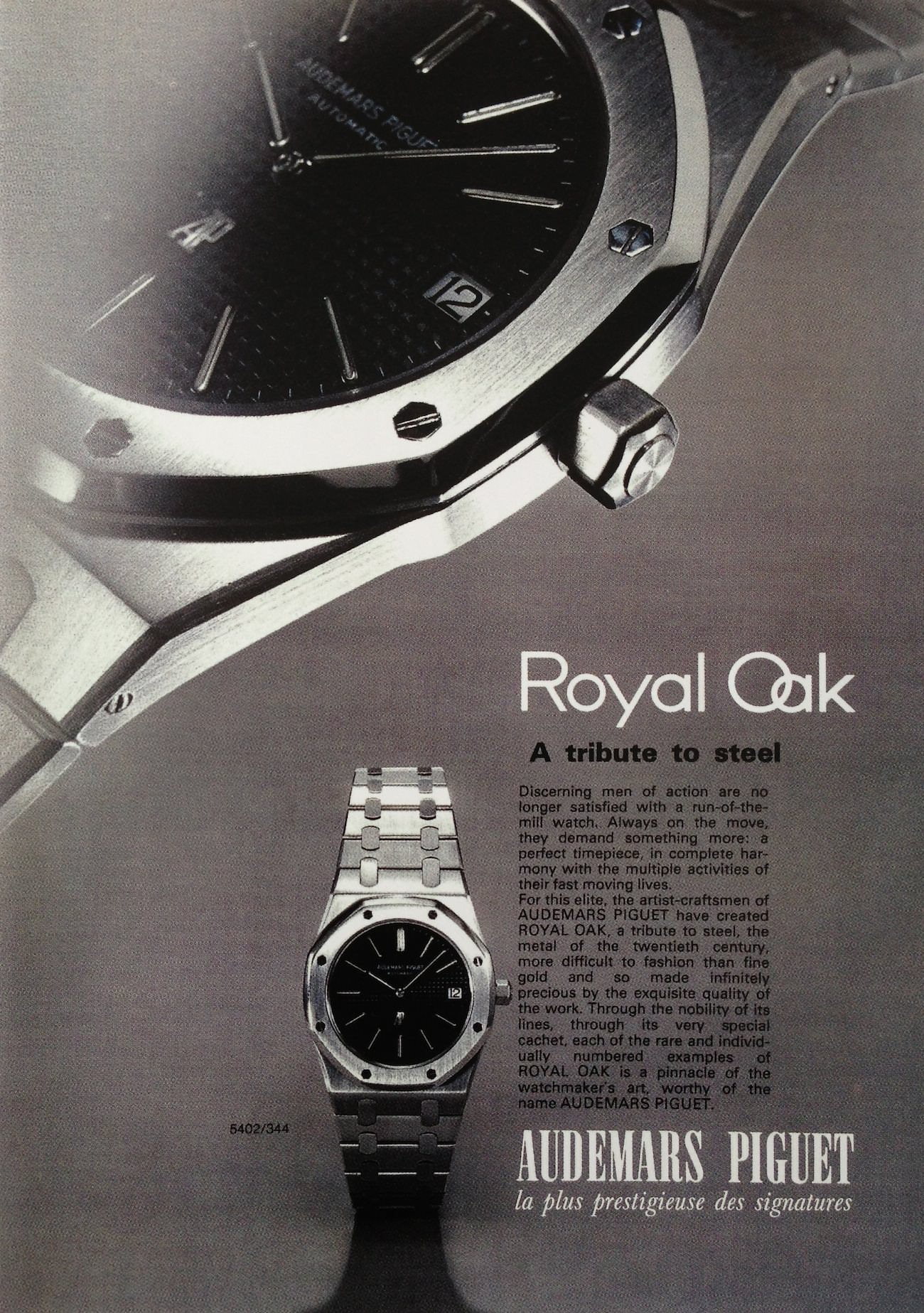 Audemars Piguet chose the name Royal Oak which came from the names of eight vessels of Britain’s Royal Navy which received their names from the ancient hollowed oak tree within which the King Charles II of England hid to escape the Roundheads during the English Civil War following the Battle of Worcester in 1651.  Additionally the name kept in line with Genta’s nautical inspiration for the design.

The Royal Oak is an automatic winding watch yet it is very thin. To achieve such a slim design AP fitted the Royal Oak with the AP Cal 2120 movement. The Cal 2120 was created in 1967 as a joint venture between Jaeger-LeCoultre, Audemars Piguet, Patek Philippe, Vacheron Constantin. The joint venture produced the Jaeger-LeCoultre Calibre 920 that Jaeger-LeCoultre, Vacheron Constantin Audemars Piguet, and Patek Philippe, would ultimately customize for their own models but were all based on the 920 movement that came as a result of the joint partnership. 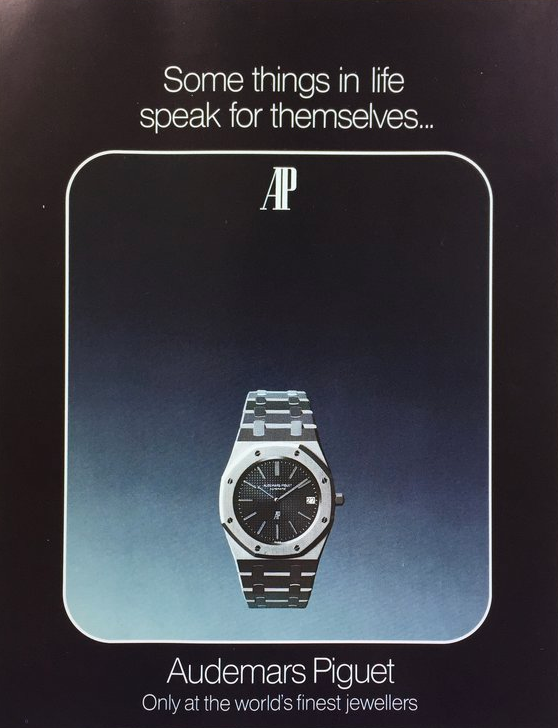 Despite the early mixed reviews, AP initially manufactured 1000 cases for the first run of the Royal Oak.  At the time, AP was producing only 5000 or so watches a year across all other models so this initial run exhibits Golay’s confidence in the model and willingness to take a risk.  On its release the Royal Oak was priced at 3300 Swiss Francs which was about ten times the price of a Rolex Submariner.  The risk paid off and within just a few years the Royal Oak had gained immense popularity.  Previously men’s watches, particularly in the Italian market were trending on the smaller side but some attribute an early spike in the Royal Oak’s popularity to FIAT owner Gianni Agnelli’s adoption of the style.

The first 2000 Royal Oak pieces produced are known as the A-series and are distinguished by a case back engraving of the letter A followed by production number of the watch.  Later editions of the 5402 – series B, C, and D were produced but the numbed A-series pieces will always be the most sought after. 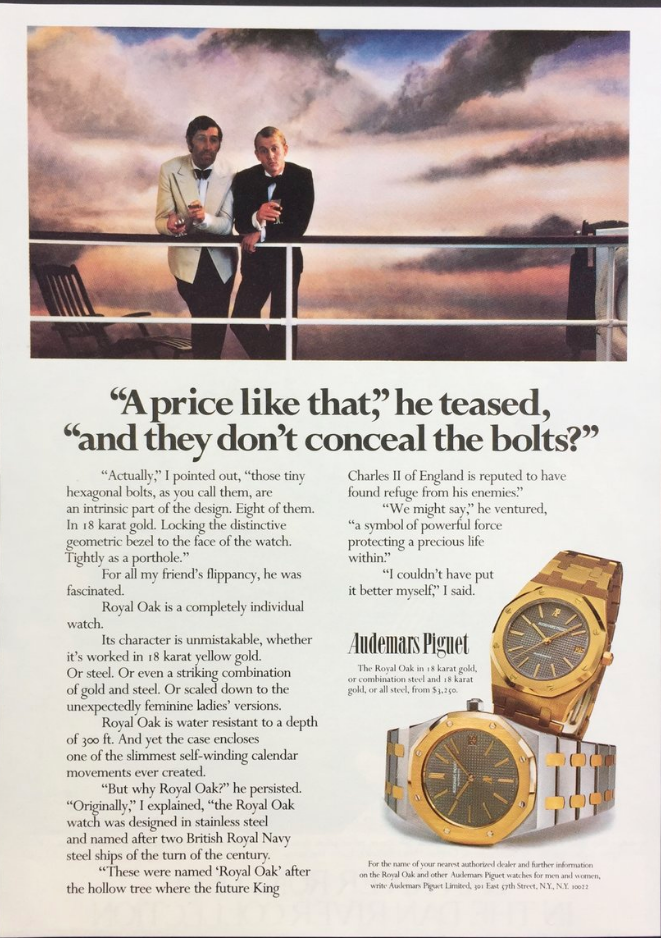 Over the years Audemars Piguet would release a varied range of models under the Royal Oak line including a chronograph, a moon phase and a perpetual calendar among other models that all stem from Genta’s original designs, but the 5402 will always be the most distinguishable model.  A standout example of Gerald Genta’s design aesthetic, the Royal Oak looks modern even today, making it as wearable as it is collectible.