The AOPA and Its Watches

Just like SCUBA diving and automobile racing, aviation is another industry that has a deep and longstanding connection to the world of wristwatches. Some of the very first wrist-mounted timepieces from the early 1900s were created for pilots, so that they could reference the time without having to remove their hands from the controls of their aircrafts to fumble with a pocket watch.

For decades, pilots relied on their timepieces to help them perform their duties; and over the years, certain wristwatches became increasingly tailored to the needs of the aviation industry. From the very first pilots’ watch ever – a timepiece manufactured by Cartier for Brazilian aviation inventor, Alberto Santos-Dumont in 1906 – to the highly advanced, wrist-mounted flight computers available today, watches have played an important and prominent role in the world of aviation for well over a century. 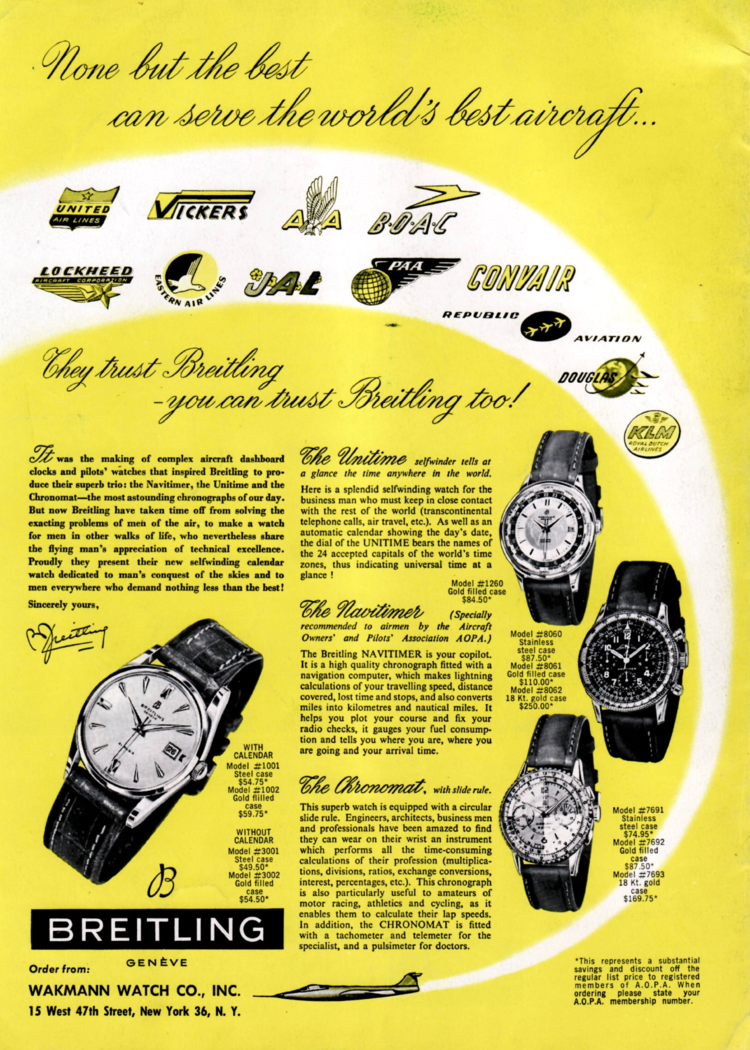 The Aircraft Owners and Pilots Association (AOPA) is a non-profit organization with offices in Maryland, Kansas, and Washington, D.C. that promotes and advocates general aviation. Founded in 1939, the AOPA now has several hundred thousand members throughout the United States, and is the second largest aviation association in the world. Naturally, the AOPA has a history with a variety of prominent wristwatch manufacturers, and there have been a number of limited, AOPA-edition timepieces that have been manufactured throughout the decades.

Although the concept of pilots’ watches has existed since the early 1900s, it was not until the early 1940s that aviation timepieces really began to become specialized flight-tools with the introduction of the Breitling Chronomat. By combining stopwatch functions with a circular slide-rule scale on its rotating bezel, the Chronomat was able to perform elementary calculations, which made it a valuable piece of equipment for pilots and aviation professionals.

By 1954, Breitling had realized how important the functionality of the Chronomat was to pilots, and decided to take the basic design of their slide-rule chronograph and expand upon its functionality – with help and consultation from the AOPA – to create the Navitimer. While the overall design and appearance remained largely unchanged, additional markings on the dial and bezel allowed the Navitimer to perform all the basic functions of an E6B manual flight computer. 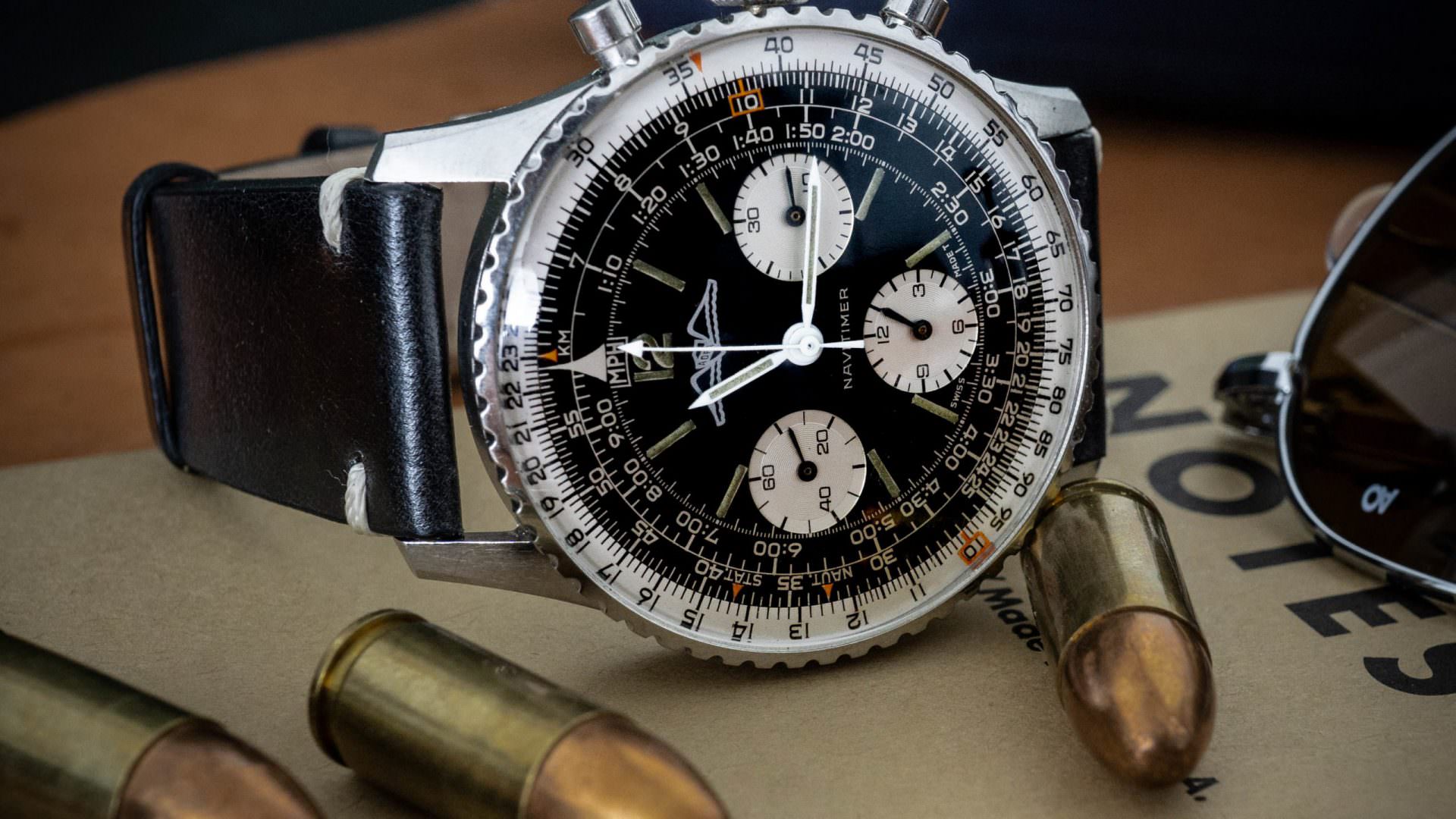 The Breitling Navitimer is the definition of form following function (or in this case, a rather long list of functions), and many consider it to be the preeminent pilot’s watch. Given that it has a history that is inextricably linked to the AOPA, a number of special edition, AOPA Navitimer watches have been released throughout the years, which feature the AOPA logo on their dials. Additionally, despite the numerous pilots’ watches that have been produced throughout the years from different manufacturers, the Navitimer, with its heavily demarcated dial and slide rule bezel, still holds the title of the most iconic and recognizable pilots’ watch ever created.

Some of the very first “tool watches” were those used by pilots during the early 1900s. The world of aeronautics and flight has had a significant influence on the wristwatch industry, and some of the greatest advancements in modern watchmaking directly came as the result of a need or request made by a pilot or airline company. The AOPA has been a mainstay in the world of aviation since it was founded in 1939, and although its sole focus has been centered upon aircrafts and flight, it has unintentionally had a profound and lasting impact on the entire wristwatch industry.