The History and Significance of Rolex “Underline Dials”

The world of vintage Rolex collecting is laced with tiny, seemingly insignificant details that can often separate a great watch from a grail watch. The minutiae that exists among the various vintage references (particularly sport/professional watches) can account for thousands of dollars in resale value; and since Rolex will never publicly confirm details regarding such minutiae, a number of varying theories – in addition to a significant amount of general misinformation – exists within the vintage collecting community.

One of the more commonly discussed details of vintage Rolex and Tudor dials is the “underline” marking – a small horizontal line which can be found above or below the hands, near the text of certain dials from the mid-1960s. Theories about “underline dials” range from the plausible to the absurd, and although Rolex has yet to provide an official explanation, a general consensus exists (supported by some evidence from measured radiation levels) about the meaning of the underline marking. 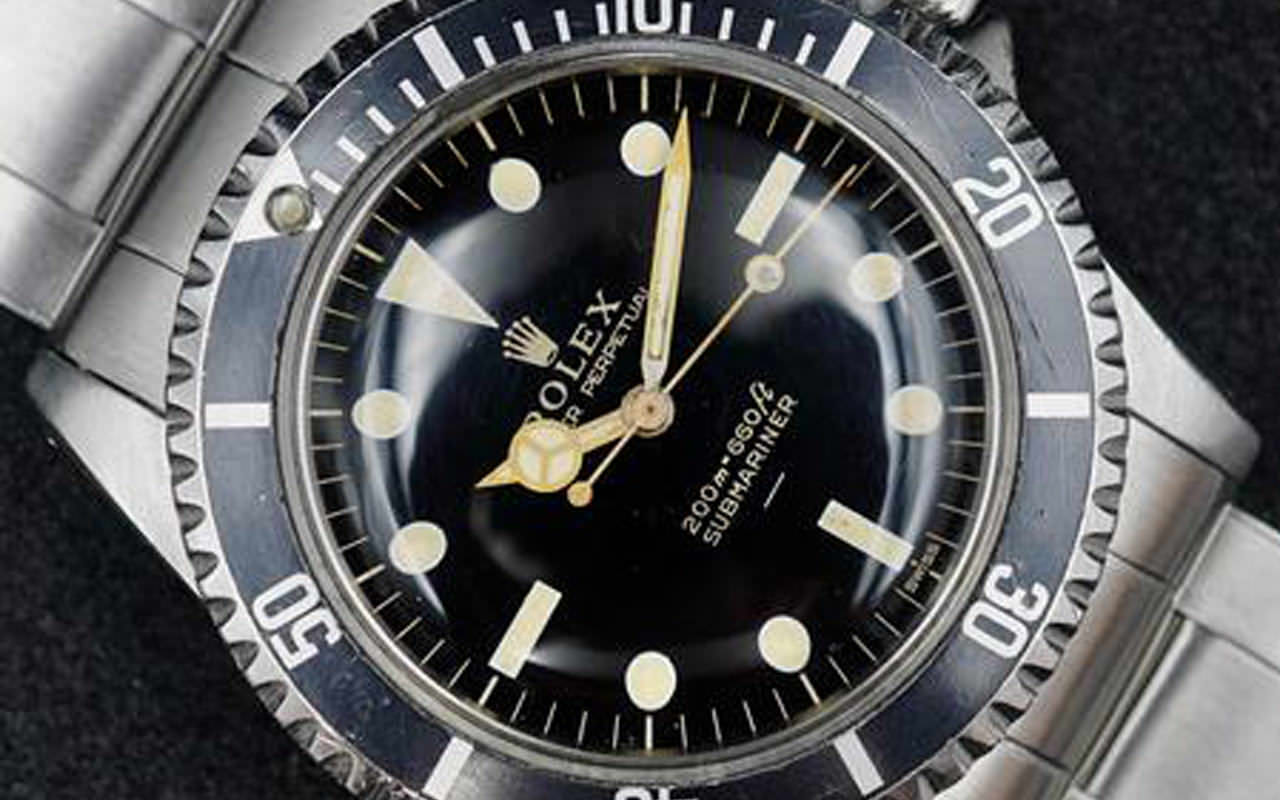 Underline dials can most commonly be found on Rolex and Tudor timepieces (most prominently their sports models) that were produced between roughly late 1962 and early 1964. Due to the timing of their appearance and the very short period of time during which they were being fitted to watches, many collectors believe that underline dials received their small, horizontal markings as a way for Rolex to signify the transition from radium to tritium for the luminous material that was used for the hour markers.

By the mid-1960s, growing concerns about the potential hazards of radioactive materials caused Rolex to entirely abandon the use of radium and switch to tritium – another radioactive substance, but one with significantly lower levels of radiation. At the time, Rolex’s production process was not the entirely in-house, tightly controlled manufacturing machine that it is today, and they relied on a number of different companies (many of which they later acquired) for the production of the various components of their watches, such as dials, hands, and bracelets. 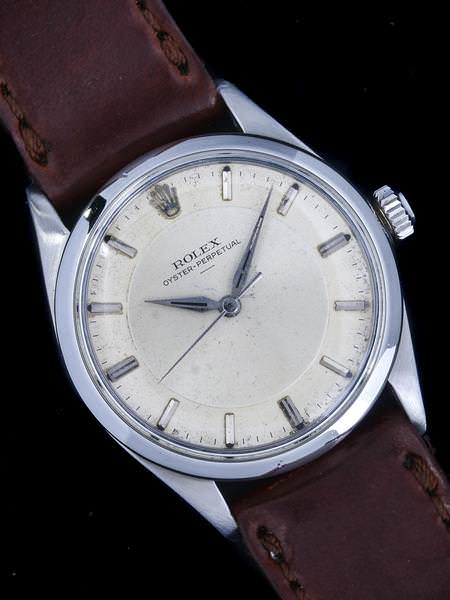 Rolex dials were produced in batches, and at the time of the switch to tritium, it is highly likely that Rolex had a number of dials that were either already finished, or that had already been printed but had not yet received luminous material on their hour markers. Rather than discarding these dials, Rolex simply applied the new, less radioactive tritium on them. However, as all the dials looked the same, they still needed some way to be able to immediately visually distinguish which type of luminous material had been used on them.

Later-era Rolex watches with tritium dials often have either “T Swiss T” or “Swiss – T<25” markings below their 6 o’clock hour markers, signifying the use of tritium. However, before these tritium-specific markings became a standard practice, Rolex needed a way to signify the type of luminous material that had been used on the dial – and so the underline marking started making an appearance.

Vintage Rolex dials that are only marked with “Swiss” below their 6 o’clock hour markers typically have radium on their hour markers, which still emits significant radiation levels when measured with a Geiger counter. However, such dials that also have an underline marking on them typically emit significantly lower levels of radiation, which further supports the theory that the underline marking was used to signify the use of tritium on a dial that would have otherwise appeared to have radium as its luminescent material.

With that in mind, variation exists among dials that have underline markings. They can be found above or below the hands, and on dials with “Swiss” markings, as well as dials that have “T Swiss T” or “Swiss – T<25” markings. Although the redundancy of tritium indications would seem to be in contrast to the prevailing theory regarding the meaning of the underline marking, this variation is more likely a reflection of Rolex’s less-standardized production process, and the different and evolving regulations regarding radioactive materials that existed within different markets and countries at the time.

While it would appear that the meaning of the underline dial marking is one vintage Rolex mystery that has been solved, we will never get true confirmation regarding this highly plausible (and Geiger counter-supported) theory unless Rolex themselves decides to weigh in on the issue and provide an official explanation. While it is likely that the underline marking on vintage Rolex and Tudor dials is no more than a tiny horizontal line that was used as an internal record to designate the type of radioactive luminous material that had been used on the hour markers, it is now a highly significant detail within the world of vintage Rolex collecting, which can be worth quite a bit of money if it happens to be on the dial of the right Rolex watch.