There are many like it, but this one is mine.

While the Rifleman’s Creed, made famous in Kubrick’s Full Metal Jacket, no longer enjoys the prominence depicted in the film, that line, in particular, has always stuck with me.

It all started with an electrical short in the dashboard of an ’85 Grand Wagoneer I had been restoring. I rolled into a shop around the corner, and as a man who would later become a good friend got to work on the Wagoneer, I wandered around his lot, checking out his bread-and-butter work. A dozen or so vintage Porsches — long hoods, G-Series, largely air-cooled models in signature colors indicative of the decade in which they were created. These were nothing like the pampered, stereotypical cars I’d seen idling through Beverly Hills. With their patina and personalization, it was clear these had what those others were missing—soul. And though I’d never seen any of these cars before, I could not shake that they felt instantly familiar.

See, I’d spent most of my youth in parking lots, loading docks, and drainage ditches transferring sweat and blood onto concrete in a repetitive attempt to master a 10” x  30” hunk of pressed maple, metal, and urethane just a little better than I could the day before. These cars, scratched and stickered, were just like the skateboard decks my friends and I would burn through over a summer. Though they emerged fresh from the factory by the thousands, indistinguishable from one another, they didn’t stay that way.  As soon as the shrink wrap was peeled off, they took on an identity of their own. Through fistfuls of meticulously arranged stickers, razor-sliced grip tape murals, and the liberal application of paint pen graffiti, they became totems of personal preference, artistic expression, and in many cases, teenage political idealism.

And with each session, each curb, these boards took on the personal traits of their rider. One glance at a well-used board, and anyone who’s worn out a VHS copy of Future Primitive could tell if the owner was goofy or regular. If the wood was showing through the heel side edge, they’d probably learned kickflips, and the way the trucks were scraped could indicate if they preferred a 50-50 to the smith grind. These cars were the same. 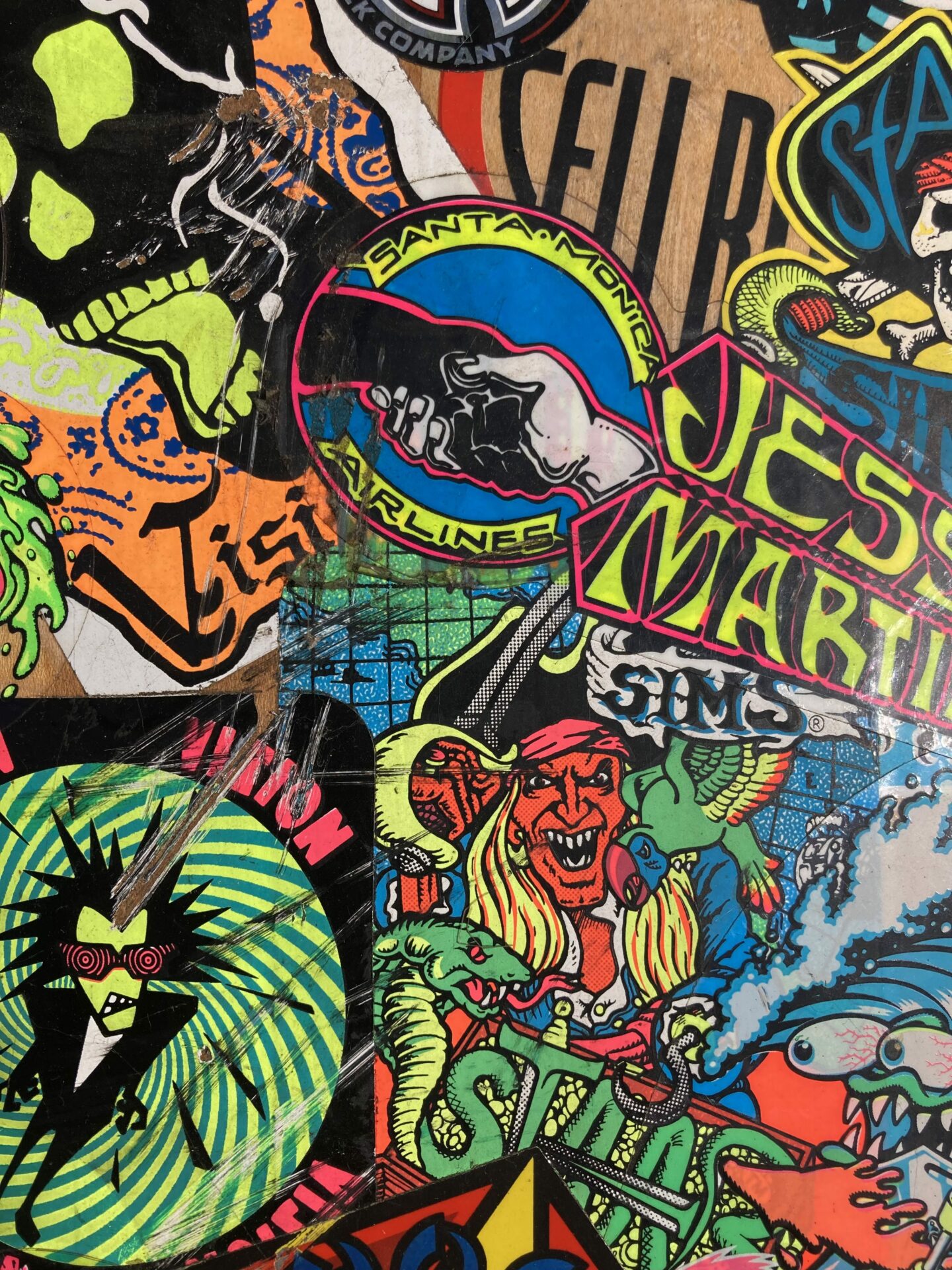 A hood riddled with rock chips might reveal a history of road rallies, the sticky tires of a closely-followed friend flinging gravel into the paint. A scattershot of the grit Caltrans pours on the Angeles Crest Highway has a particular way of peppering lower fender flares, and a set of worn Pirelli CN36s might mean the car lived a joyous life of mild oversteer.

Just like a skate deck, the quarter windows were emblazoned with favorite logos and vinyl stickers from runs and rallies. Some displayed full liveries and racing stripes can look a hell of a lot like grip tape. Single-stage paint on some had faded into gorgeous, chalky hues. On others, clear coat eroded into geode-like patterns following the sheet metal curves like Utah rock formations.

As I got to know these Porsches and their owners, I discovered that the drivers had just as much character as their cars. Musicians, comedians and aerospace engineers,  teachers, and tattoo artists. And Just like their cars, they were full of stories.

Jumping into this world felt natural and familiar. I started with a ’69 912 painted in burgundy red and beautifully chipped like the nail polish of the girl who sat across from me in science class. I had lowered it within an inch of its life, and it rolled on 6″ steelies. The way it sat, it even looked like a skateboard. Eventually, I came to grips with the fact that my mild colorblindness meant I couldn’t appreciate the Burgundy color everyone would fawn over, and I moved on to an Ocean Blue 993. I painted the decklid badge Riviera Blue, a contrasting homage to the first 993 press cars and a touch only the nerdiest of 993 nerds might appreciate. 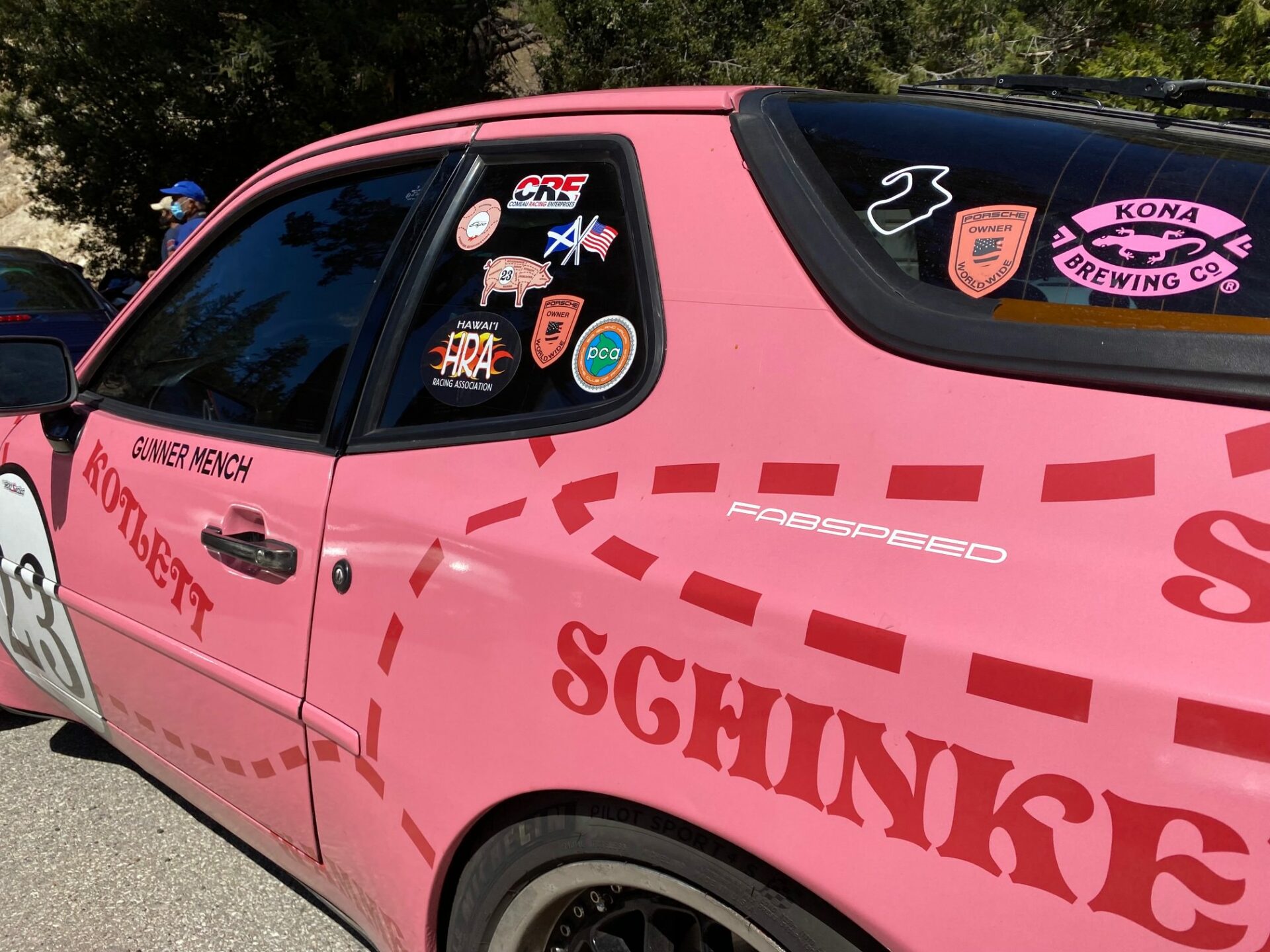 Like skating, the scene was welcoming. Just being out on these roads meant you were willing to use these machines as their engineers had intended, and that put you in a  different class than the drivers imprisoning their cars in a daily office commute. These people were curious about each other’s modifications, helpful with advice, and, on one occasion, willing to assist in freeing my 911 when I drove it through several inches of heavy snow on summer tires. A particularly embarrassing situation, given I grew up in  Cleveland and most certainly knew better.

We’d meet in parking lots, go rip around some smooth asphalt, then hang out some more. Frankly, it was a lot like street skating. And although I was new to this scene, it felt like I’d been doing this all my life. Enjoying a subculture of aesthetically savvy,  creative people each wrapped up in a personal pursuit to get just a little better at mastering these four-wheeled recreational objects, to put their stamp on an already gorgeous design. To show that although there are many like it, this one is theirs.

All this brought me around to two distinct realizations. Firstly, although creativity presents itself in different ways, if you look closely, you’ll find parallels everywhere. And second, I’ve spent an inordinate amount of my life hanging out in parking lots.

After decades in the entertainment industry, John now writes for Porsche Panorama, Christophorus, R&T Crew, and The Motoring Journal. Mainly about the emotions, experiences, friendship, and joy the right car in the right situation can provide. You’ll find him in a record store, carving the canyons around LA in his 993, or navigating the school drop-off line in his 924.